iamnothere or a guide to a place without this or that 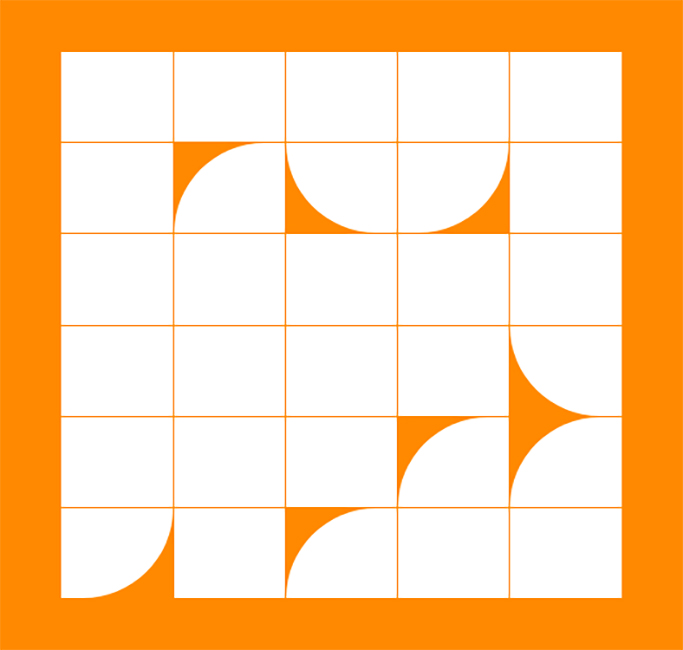 my first favorite poem, at age seven, was from a cecília meireles book my mother gave me. ou isto ou aquilo. the poem narrates a child’s dilemma in making choices and not being able to occupy two spaces at the same time.

the difficulty of only being able to pick one thing at a time resonated deeply with me. the poem became one of those pieces of writing that we internalize and bring out whenever self-criticism shows up, a reminder that what we see as an existential red flag is actually an occurrence experienced by many.

in some of its past incarnations, the internet offered a perfect place for those of us who often find ourselves in such circumstances. those of us who cannot choose between the shower and the bath. i suppose you could say we are easily distracted. but that is not quite it. it is more like a state derived from copious amounts of curiosity and a need for poetry: iamnothere.

increasingly, however, the internet has been transformed from a realm of random discoveries to a place where one’s attention is heavily guided toward a very particular type of focus. the randomness is gone. we are trapped inside an ourbouros-like maze of information filtered through social media and asked to navigate heavily patrolled websites with predictable parameters that ultimately allow for maximum exposure to whatever is being sold on the screen. the internet has succumbed to a marketplace model, and the need to corral the audience’s behavior has inundated the world of user experience and web design. it can be observed in nearly every corner of the internet, even in places where one would expect to encounter more inspired models of interaction.

with that in mind, this past spring sfmoma organized a think tank of sorts to examine alternative possibilities. an invitation came from the museum’s creative technologist, jay mollica, for what he described as “an interdisciplinary and exploratory design workshop, in the hopes of imagining alternatives to today’s web standards.”  a group of thinkers, artists, writers, and designers met over two consecutive saturdays at the museum to put forth ideas on how to open up and re-think these standards. we utilized the museum and open space websites as platforms for experimenting with new approaches.

my being invited to participate in this collaborative effort likely had something to do with one of my many curiosities: the use of technology in art-making and its subsequent outcomes. this interest has had an important role in many of the projects i have produced and organized in the bay area. i have often engaged with artists examining the ongoing relationship between technology and their practices. as tools, formats, and subject matter are constantly affected by the way technology continues to accelerate, i have found myself mostly interested in artists addressing these currents head-on.

it made sense to me to attend these sessions along with my partner, andreas tagger. together we run a creative agency, the call, where we produce content that has an affinity with this urge to seek different ways of engaging with digital content. during the sessions we were paired with will butler and matt gunucheau. through a lot of the insights put forth during the workshop, our group arrived at a proposition to design a web experiment in content navigation wherein the element of random experience, and the poetic possibilities this could create, would be at the center.

the call was given the task of bringing all these ideas together on an interface. ganucheau had the idea of an open source project that could be altered and added to freely. as the director of communications at lighthouse, a san francisco-based advocacy organization for the visually impaired and blind, butler’s input regarding accessible navigation was essential in conceiving the framework of the project and informing the design.

as a point of departure for the architecture of the interface, we looked at the literal and poetic implications contained within the meaning of an actual open space. concurrently, we sought to align this proposition with what we feel underlies the ideology of open space as a publication: a focus on instigating conversations in many directions by opening up possibilities for the reader to engage with a variety of cultural perspectives.

as a wireframe for the experiment we took inspiration from one of the models talked about during our meetings: a waterfall, where the margins of the page would display a random stream of content one could use as a discovery tool. another source was an existing interactive kiosk in the museum where three different streams of content could be dragged to a target area and allow for different museum-related topics to intersect.

the resulting interface was created with p5 and is powered by multiple data sources; it pulls from open space’s database as well as the current weather at the museum’s zip code to power the tile movement and physics of the page.

encountering a screen in constant movement, the user can click on random tiles and discover unexpected content.

the system has the ability to create and reveal content based on the user’s location. for example, for a user located in the vicinity of the museum, an upcoming site-specific lecture is revealed.

the system goes through a twenty-four-hour cycle, the background color palette shifting depending on the time of the day the user is interacting with it. information can also be altered in relationship to time.

the interface was designed to be accessible for visually impaired individuals. navigation is enabled through a speech engine created by the ability project. the arrow keys can be used to navigate, select the tiles, and describe the interface objectively. the wind magnitude and time are spoken aloud, giving users a sense of the dynamic nature of the interface. the shift key deploys a narration describing the tile. to open an article the user presses “enter,” which reveals the content of the tile.

the following is an example of what a visitor might hear once they arrive on the page:

welcome to sfmoma’s open space. to select an article navigate using the left or right arrows. hit enter to open an article. a series of articles appearing as tiles are gently floating across the screen based on the wind direction and speed at the museum. current wind speed is seven miles per hour and current wind direction is “west 230” degrees. sunset happens at 19:00 and sunrise starts at 5:00. the background colors gently shift to reflect a real-time experience encompassing day and night. current time at the museum is 14:15. we hope you enjoy your stay with us and discover a wealth of engaging stories.

the interface developed in this project can be adapted to various settings and inhabit many permutations. engineers can use open source code to change the navigation parameters and content, thus creating something entirely different. in this way, for example, another museum could create its own customized navigation possibilities. we imagine the interface being used as a stepping stone to larger dialogues.

ultimately this project was designed to bring a sense of dérive to the user who has taken the time to navigate the website. instead of only encountering a practical and contrived experience people can, we hope, encounter content and information that will “blow” them through an aesthetic experience not unlike what one is able to encounter irl at a museum.