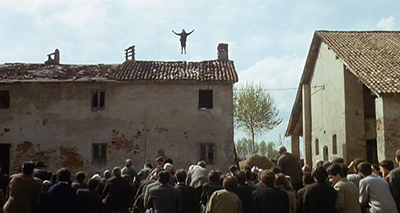 Perhaps we need to face the terrifying and overwhelming possibility that there are no models, that we shall have to create from scratch.

In no particular order, I have loved Slick Rick, Steven Patrick Morrissey, Derek Walcott, Lil Wayne and Richard Pryor. I continue to fall in and out of these loves. I can’t luxuriate in Anaïs Nin’s writing without thinking of Millicent Fredericks, her Antiguan housemaid. Many have tried to convince me to add Azealia Banks to this ever-growing list. These are my not-so-secret admissions. Being held hostage in the state of misty-eyed fandom inevitably comes with its predictable spasms of disappointment. That’s part of the deal. Headlines and pull quotes will bring fresh disillusionment. The cycle will regenerate itself with on cue discussions around the possibility of “separating the art from the artist.” This has always been a moral drama disguised as a question. But, for its sake alone, let’s play along.

Imagine an artist you deeply admire has disappointed you with their words/actions/alliances.

a) Sigh and continue with your day. You have stood by Kanye since Get Well Soon.

c) Feel bad and then feel bad for feeling bad and then wonder if this amorphous badness has always been present in the art itself and you just never noticed it.

d) Question if the separation of the art from the artist should instead be re-framed as a separation between the functionality of the art itself and the overestimation of its transformative capabilities, hence your disappointment when it unsurprisingly fails to live up to its ideals.

The good news is there are no points up for grabs. Each approach implicates our own relationship to the art we consume as much as the artists themselves. On a good day, I am of the questioning kind. On every other day, I uncritically indulge. It is what it is. As is Art. The artist is another such barren category. The artist is a healer, redeemer, insurrectionist, alchemist, activist, political mammy, mirror. The artist is a gentrifier, impostor, trickster, a mercenary peddler of the commodified despair faced by communities they have long left behind and never really liked being around. Interpret as desired. The only thing I am sure of is that we demand more of artists than they can possibly give us under our present conditions. We self-insert into the myth of The Artist, allowing our aesthetic tastes and consumer choices to serve as principled ethical decisions of serious importance or even meaningful political struggle. The more they “resist” against something, the more we love them. Until they begin resisting against basic decency and common sense. Interestingly, the moral quandary of “problematic” artists itself stems from the commonality of bad “common sense.” When Kanye makes an ill-informed statement, he’s just saying what your least favorite uncle blurts across the dinner table. He’s simply regurgitating societal common sense. When Azealia hurls a slur, even and especially when it’s one that applies to the multiple communities she belongs to, she is echoing value judgements that are as distressing as they are commonplace. That doesn’t make it okay but it does make it constitutive of the world we occupy and its ugliness. Artists can be turned into vectors for our outrage or we can use these moments as an opportunity to reevaluate our expectations. Capitalism’s suppleness enables artists to thrive on even the mediation of these persistent antagonisms. Its ingenious tactic is one of symbolic phagocytosis — dissent is domesticated and then absorbed into its mechanics where it reproduces itself with or without the necessary agents. This often takes the form of artists responding to the bad “common sense” of other artists; the feedback loop that informs pop culture wars and generates the problematic vs non-problematic divide. Good cop, Bad cop. In many ways, we should be as suspicious of the artists who make us feel good about being good as we are of the artists who trouble us.

When artists disappoint us, they fail the parts of us that wring some meaning, pleasure, and representation (all varying forms of relief) from their art. In short, they play with our hearts. They overreach and overestimate their significance, underwhelming us with their all too resplendent mediocrity. We are animated by the deliciously heuristic process of seeing ourselves in their image. Artists from marginalized and maligned communities unwarrantedly shore up excessive reserves of specificity in a world that denies this to the communities they represent. Whether or not this occurs at the expense or on behalf of those communities is irrelevant. It’s still a lop-sided relationship. This doesn’t make it any less hard to let go of artists we hold dear. For many of us, The Artist is similar to the enigmatic Visitor in Pasolini’s Teorema (1968), callously seducing an entire family out of their bourgeois inertia only to leave abruptly and shatter their sense of self. Terence Stamp’s unnamed Visitor draws us in, ultimately abandoning us. His very gaze is centripetal. Pasolini configures the artist as a means by which we elaborate ourselves (in a film he classified as intentionally “unconsumable”). You’ve simply destroyed the image I always had of myself  the family’s patriarch wails after the Visitor’s departure. Un me stesso che non ha niente a che fare con me. A myself that has nothing to do with me. What we initially want from the artist becomes too much to bear later on.

Then there are artists who are crushed under the weight of their responsibility. Toni Cade Bambara spoke of being unable to care for her daughter following the 1979–1981 Atlanta child murders. Incapable of writing about anything other than more than forty dead or disappeared black children, Bambara couldn’t leave her house. She stopped bathing and washing her hair. Her mourning resulted in Those Bones Are Not My Child, her final novel. This too is an unbearable form of over-identification. In Bambara’s case, her very positionality left her little choice in the matter.

There are countless ways to struggle. This sounds like an unsophisticated conclusion but it’s the only one we have to live by. In grossly overestimating the artist’s role, we underestimate our own capacity to imagine anew. To create anew. To rebuild. We overvalue the productivity of certain artists and undervalue the intense creativity we draw upon in surviving daily life (most artists themselves occupy this precarious state, except these artists are rarely the ones invoked in these moral debates). Separating art from the artist won’t separate either from the market’s ebb and flow. We can’t even disentangle ourselves from this equation. Depending on how much leeway we grant them, artists can define or just refine our perceptions. The latter, at least to me, seems like a healthier option. Somewhere between Roland Barthes’s dead author and Lil’ Kim declaring “I like to live righteous.” Our favorite artists will not save us. But we can save ourselves and, in turn, save them. 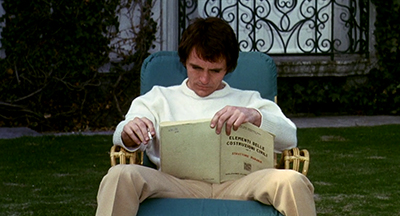 Terence Stamp as The Visitor in Teorema, 1968