For her contribution to Heavy Machinery, Agnieszka Kurant debuts two projects from her residency at the MIT Center for Art, Science & Technology. Assembly Line is a collaboration with MIT Computer Science and Artificial Intelligence Lab scientists Boris Katz, Andrei Barbu, and David Mayo. Animal Internet is a collaboration with a team of scientists, engineers, and artists including Adam Haar Horowitz, Owen Trueblood, Ishaan Grover, Agnes Cameron, and Gary Zhexi Zhang. 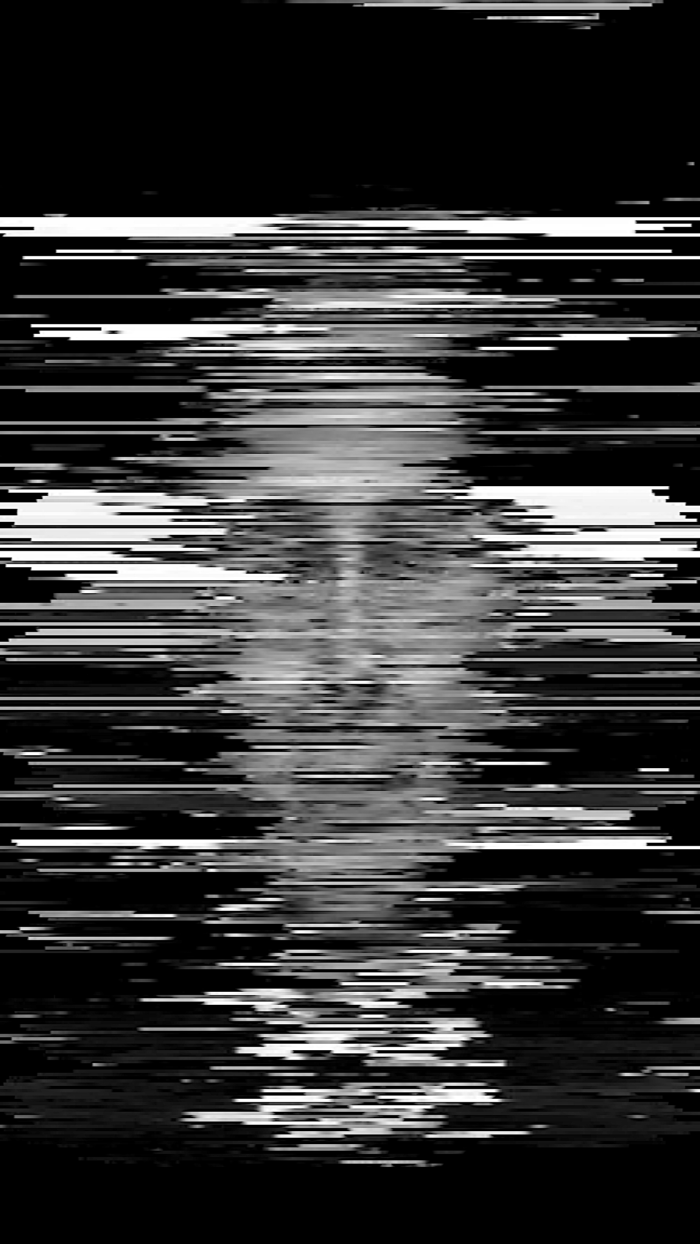 When information is nearly free, social capital may begin to replace financial capital. Just like coal, oil, and gas are extracted from the natural world, today our social energies are captured and quantified by platforms. Private corporations use behavioral forecasting to predict and value our future decisions, movements, and habits. Our interactions are a dispersed social factory.

Today, we no longer know when our labor or social capital is being harvested. Contemporary production, based on crowd creativity, is bound up with most forms of circulation. Digital culture has accelerated the production of memes, which, like monuments of human imagination such as the Bible and other creation myths, are built collectively and anonymously; like viruses, these new monuments circulate and mutate at a historically unprecedented rate and scale.

The Amazon Mechanical Turk platform (AMT) was imagined in this new mode of anonymous digital circulation. As automation decimates blue and white-collar jobs, we are witnessing the rise of a new working class: the online workers of crowdsourcing platforms such as AMT, which outsource various microjobs to hundreds of thousands of people laboring online all over the world. These are often tasks that computers cannot do, which is why Amazon founder Jeff Bezos has referred to AMT as “artificial artificial intelligence.” Mechanical Turks are so quick and inexpensive that it appears to the end-user as if a computer has carried out the tasks.

In the future, AMT may be harnessed to solve problems for the public good, much like the model of collective intelligence outsourcing does for Wikipedia today. For the moment, however, the use of Mechanical Turk is mostly corporate and often exploitative. The so-called Turkers, often earning less than $1 an hour, have no protections and are unable to unionize. The platform pits each worker against thousands of competitors in a real-time race to the bottom. In short, they are the ideal worker for a capitalist system.

After exploring these processes, I wanted to see how the AMT model of collective intelligence of online workers might impact the production of artistic forms. Employing crowdsourcing, aggregation, and amalgamation methods as well as a profit-sharing system, Assembly Line attempts to divert the flow of surplus capital from the art market to this new working class.

Together with scientists at MIT, I created a system allowing AMT workers to take self-portraits with their mobile phones, for which they are immediately remunerated through the Amazon platform. 1 Thousands of selfies are subsequently fused by an algorithm into 3D forms, which are then 3D printed in resin and coated with copper and nickel. The layered forms of the sculptures are created by extracting one single line of pixels from each photograph. The resulting sculptures become a collective portrait, and the abstract form of the aggregated sculptures reveals how corporations and states extract harmful financial and political profiles from raw online data collection.

Assembly Line further subverts the exploitative monetization of facial recognition procedures by allowing the workers to draw actual profits from the sales of the images of their own faces. If any of the sculptures are sold, the workers who contributed their self-portraits share in the profits via a bonus system, thus connecting an anonymous rung of the digital precariat with the surplus value extracted from the luxury commodities circulating in the art market. 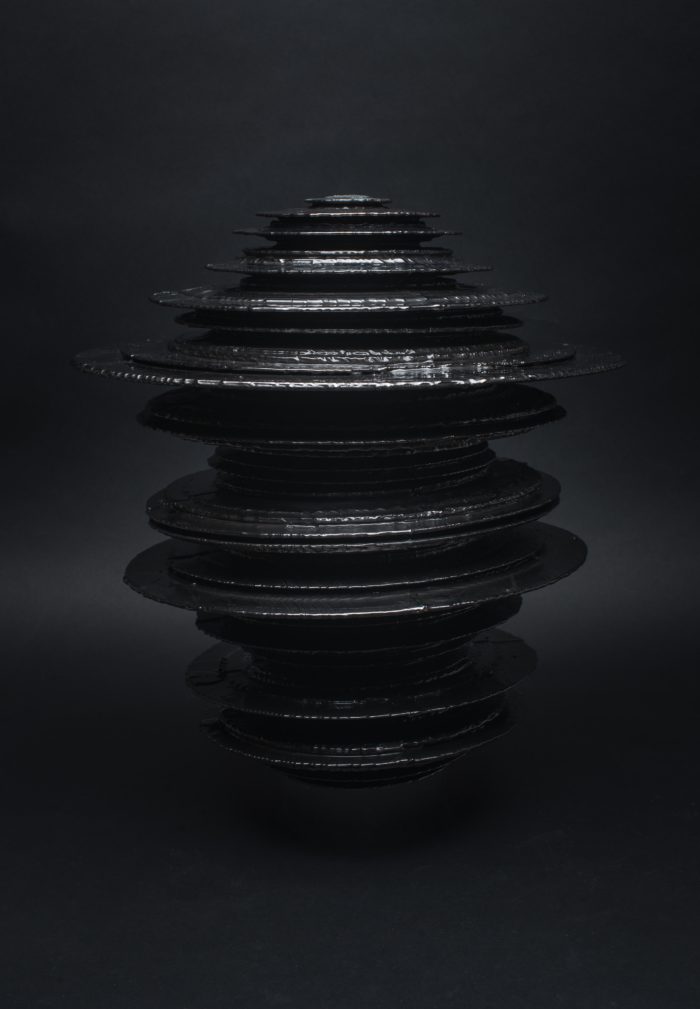 Changes in global labor force via extra-regulatory platforms are paired with a paradigm shift in the human understanding of nature. Near-total colonization of nature prompts the emergence of virtual heterotopias such as the extraterritorial phenomenon of what scientists refer to as the “Animal Internet.” 2 Some 50,000 creatures around the globe — including whales, leopards, flamingoes, bats, and snails — are equipped with digital tracking devices and can be followed on animal tracker apps. Data about their behavior is gathered and studied by major scientific institutes, and may revolutionize our relationship with the natural world by helping us predict and prevent phenomena such as volcanic eruptions or epidemics. Elephants in Sri Lanka could warn us about future tsunamis; toads can anticipate earthquakes such as the one in L’Aquila in Italy in 2009; tracking geese’s altitude could forecast large-scale avalanches; and an Ebola epidemic could be predicted by fruit bats.

With the ascendance of the animal internet, hundreds of thousands of people around the world started experiencing nature in a different way, virtually, in front of their computer screens. Webcams installed by scientists in jungles, plains, and savannas capture the behavior of completely unaware wild animals. These animals have parallel lives, one in their natural habitat and one in the human network, in which they have names, Facebook pages, and thousands of followers. This produces a hybrid, augmented reality, in which animals are perceived not as abstracted images but as autonomous individuals with inherent value and their own backstories. What happens when one day they start pinging us? 3

Drawing upon these phenomena, I imagined a collective Tamagotchi — a form hovering between nature and culture. Tamagotchis, developed in Japan in 1996, are egg-shaped, hand-held, digital toys imitating live organisms. They must be regularly nourished, pet, and walked. There have been seventy-six million Tamagotchis sold to date — a nation’s worth. I imagined what would happen if all the Tamagotchi owners together took care of just one single Tamagotchi, an artificial collective organism such as a slime mold. This organism, like a dispersed society, would be powered by the decisions and actions of thousands of people around the world. Social movement could be rendered as the physical movement and behavior of this hybrid creature. Since the late 1960s, economists and social scientists have used computer simulations of societies or groups of people to analyze socioeconomic phenomena and observe agent-based complex system behavior, which allows for testing social theories on a large scale. In the early 1990s at the Santa Fe Institute, Robert Axtell and Joshua Epstein used emergent processes seen in coral reefs and flocks of birds to grow a simple artificial society in which little hunter-gatherer creatures moved around a landscape, finding, storing, and consuming sugar, the only resource available.

In collaboration with a team of scientists, engineers, and designers at MIT, I developed a project drawing on the artificial society experiments and the phenomenon of collective intelligence organisms. 4 Animal Internet consists of a series of artificial animals, operated by the decisions and actions of thousands of people around the world. These works are based on animatronic mechanisms covered with fur to emulate mammalian life. They are placed in terrariums with artificial landscapes that include real plants and rocks, built especially for the webcams to resemble nature; they can be accessed and watched only through these webcams. My piece juxtaposes two existing and widely accessible broadcasts from online webcams — one of a wild tiger in the jungle and one of a polar bear in the Arctic, both filmed unbeknownst to them — with two webcam videos of artificial animals.

The first webcam features a single mysterious furry animal resembling a porcupine. The animal is operated by AMT workers who are asked to write how they are feeling at a given moment. They can choose between: 1) stressed/anxious, 2) sleepy, or 3) energized and happy. Their answers are aggregated into one overall behavior, which shifts depending on the collective state of mind of the prevailing majority of workers. This result is translated into the movement of the fictional furry animal observed in the webcam.

The second webcam features a swarm of small animals resembling gerbils. Their movements are tied to the behavioral data of active protest movements around the globe including the Catalonia protests, Black Lives Matter, Indivisible, Umbrella Movement in Hong Kong, the Anti-globalization movement, BDS (Boycott, Divestment, Sanctions movement), and the Committee of Defence of Democracy in Poland. The artificial society simulation shown above, based on Robert Axtell and Joshua Epstein’s Sugarscape, is a visualization of the data that controls the physical gerbil swarm. 5 The animation is based on changes in the protest movements’ Twitter hashtags, which alter the distribution of the numbered resources. Sentiment analysis data affects the rate of growback of resources across the grid’s empty cells — a negative sentiment means that the resource will not regrow, while a positive sentiment will cause regrowth according to the magnitude of the positivity. These resources are pursued by simulated agents across the grid using logic from Axtell and Epstein’s original Sugarscape model. As they chase resources, the agents shift the behavior of the gerbil swarm.

There is scarcely any part of nature untouched by human colonization and exploitation. In response, humans move towards evermore elaborate forms of engineered nature. Nature becomes a construction, a platform, and a source of profit like any other. Here I imagine the end result in which the entertainment industry crosses over into the production of ecotourism at scale; where simulated natural environments are accessible only online and operated by offshore workers. Animal Internet is a manufactured model of the natural world created by humans and watched by other humans. Planet Earth can be considered a cooperative tamagotchi, a crossover between nature and culture — a collective intelligence organism powered by aggregated social energies — ­that global ecological movements are together trying to protect.