Does It Absolutely Have to Be in Paris? 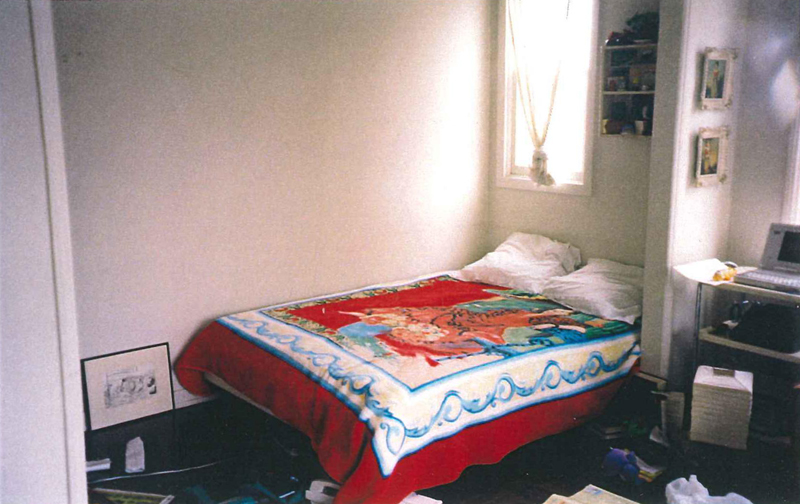 A while ago, well before I could designate a crisis “midlife,” I sent a letter to Sophie Calle asking her if I could grieve in her bed in Paris. I was in my lateish twenties and though I had just been “released from a long-term relationship,” I maintained enough idealism to think that somehow my letter would wind up in Sophie’s hands and that soon enough I would be en route to Paris.

I became familiar with her work through the Donald Young Gallery in Seattle: I knew about her cataloguing of birthday gifts, her following a random man in Venice, and most relevantly, The Sleepers (1979), in which she invited people to sleep in her bed while she observed them. Sophie’s book, Double Game, had recently come out and thus she was rather present in my consciousness.

I did think that attempting to work some connections might help my cause, but when I asked my then-dealer if he could reach out to Donald Young, he scoffed at the plausibility of my plan and told me to send my stamped, sealed letter to the gallery with a note to forward it. Undeterred, I did as told, and a month later I received a terse email from Sophie asking me “does it absolutely have to be in Paris?” Though I had a fairly intricate vision of grieving in Sophie’s bed — Parisian light streaming through bedroom windows, Sophie sitting on a bedside stool, and me offering up the entirety of my emotions — I was thrilled to have my letter answered. I responded in kind, “it does not necessarily have to be in Paris.” 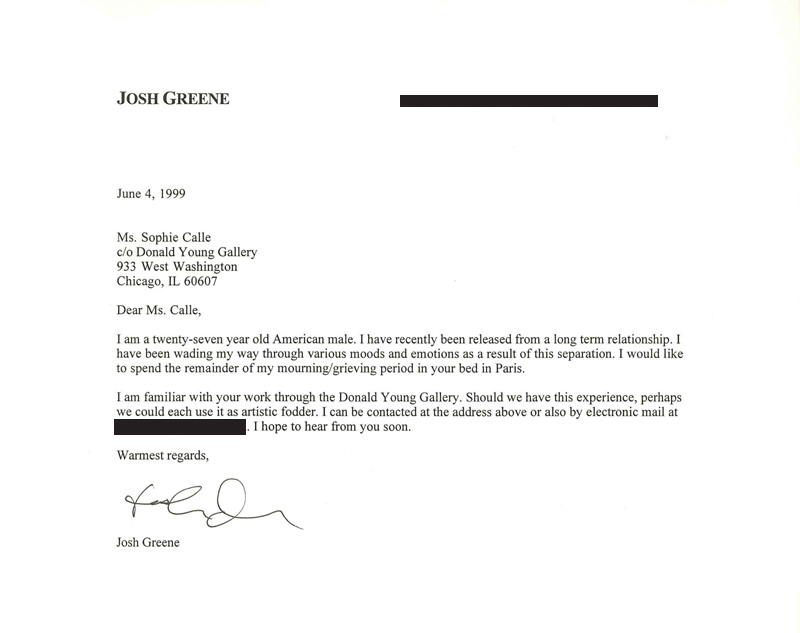 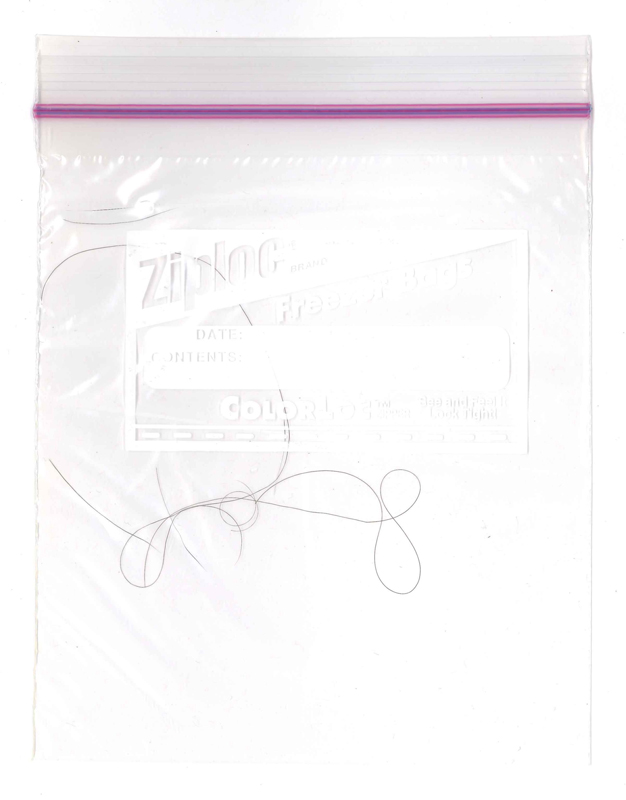 A dark hair discovered in the bed.

Another month later a shipping company delivered Sophie’s bed (frame, mattress, linens, blankets, pillows) to my apartment in San Francisco. Over the course of two and a half months I slept in the bed, sending Sophie periodic emails about my grieving process. In my initial letter to her, I had said, “should we have this experience, perhaps we could each use it as artistic fodder.” And while I was certainly aware that sleeping in her bed had the makings of a project, I tried to allow myself to have a genuine experience. The bed offered me a new and engaging narrative to latch onto.

Instead of having so many of my thoughts dominated by the dark cloud of being broken up with, I had the bed and a willing ear in Sophie. My own artwork was in a state of transition, as I was just starting graduate school. When classmates and instructors would ask about my work, I would mention Sophie’s bed as a current project, even though I was fairly certain that when the time came for it to become an artwork I would defer to Sophie. 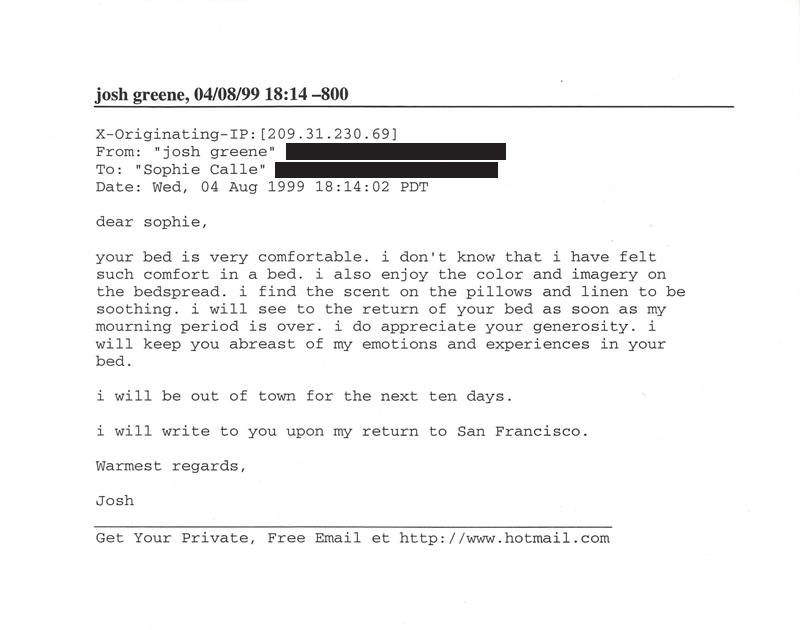 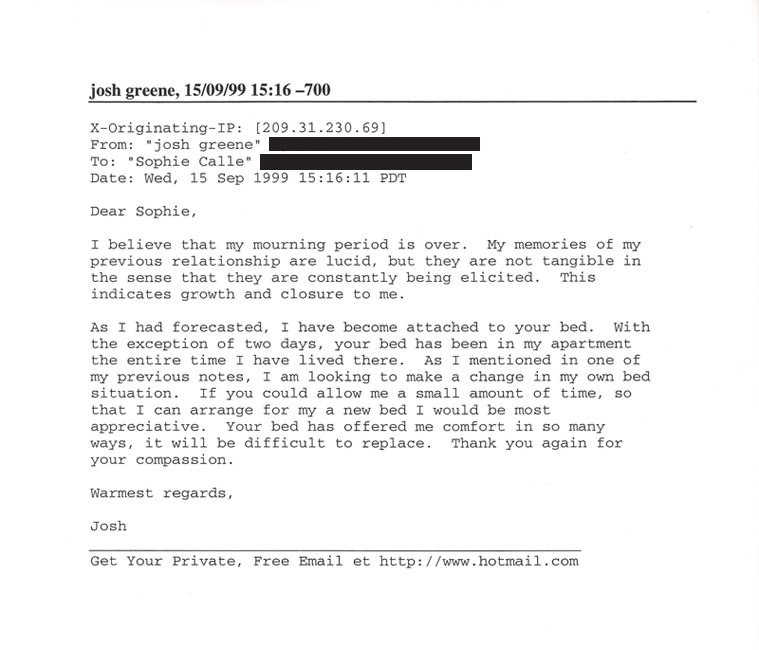 A few years after the bed returned to Paris, she included the project in her retrospective at the Centre Pompidou. The project, titled Journey to California, included the bed, my initial letter to Sophie and a few subsequent notes, as well as several photographs of the bed in transit and in my apartment. 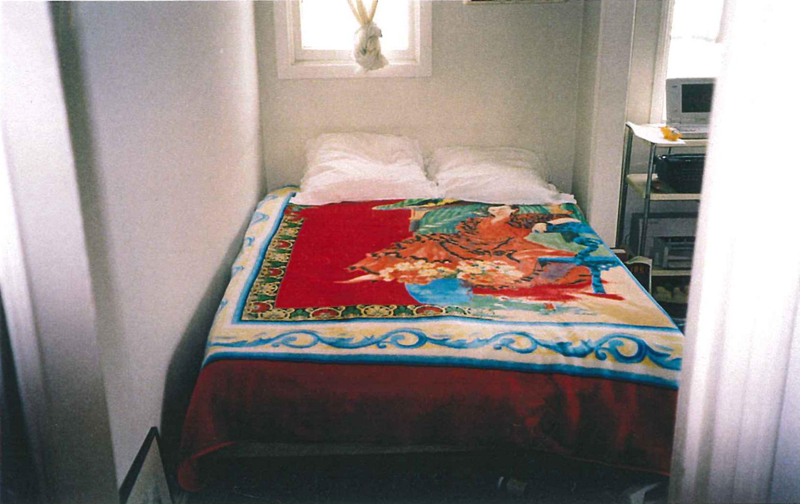