“The vulnerability and self-deprecating anxious nature of confessional femme memes is not a weakness or not even just a new aesthetic, but beyond. I think it’s a medium through which a thought revolution can occur and is occurring. I think it represents an insertion of marginalized voices into a mainstream consciousness that badly needs it, and it’s a way through which narratives can be diversified and amplified and real sociopolitical change can be effected.” — @GothShakira, aka Dre (from her lecture But like I just want to tell Instagram all my secrets without having to worry about 4chan neo-nazis: Autobiography, Intersectionality, and Privacy in Political Meme Art, 2017)

Briefly, for the uninitiated: At the beginning of 2016, a Montreal woman who goes by Dre — affectionately known to her followers as @gothshakira — started making Instagram memes that were essentially longform confessional image macros (found images with superimposed text); doing that remix-culture thing practiced by people on the internet where you appropriate a form and make it your own, then publish it for appreciation and future appropriation by others. And although most meme formats are fleeting, Dre’s innovation took hold, giving birth to its own niche genre of meme championed and expanded upon by femmes and queers finding comfort in expressions of shared experience.

Eventually, the femme-centered approach to meme-making transcended its initial format. It became recognizable as a tone and aesthetic applied to an evolving arsenal of compositions by an ever-growing group of meme creators. (Staples of which include @scariest_bug_ever, @tequilafunrise, @sensualmemes, and @bunnymemes.) The resulting Feminist Meme is remarkable in its capacity to relay vulnerability, empowerment, irony, sincerity, honesty, hyperbole, and humor all at once. It is both tethered to the lived experience of its author, and relatable to thousands of others. Its vernacular is both populist in its origins of collective production and esoteric in its specificity and constant mutation. And it possesses a particular poetics that feels uniquely suited for coping mechanisms such as isolating instances of misogyny and expressing exaggerated misandry.

But because it’s an artform more appropriately practiced than unpacked, what follows is a series of original macros (memehood is contingent on virality) in which I joke about gender dynamics and make fun of men. 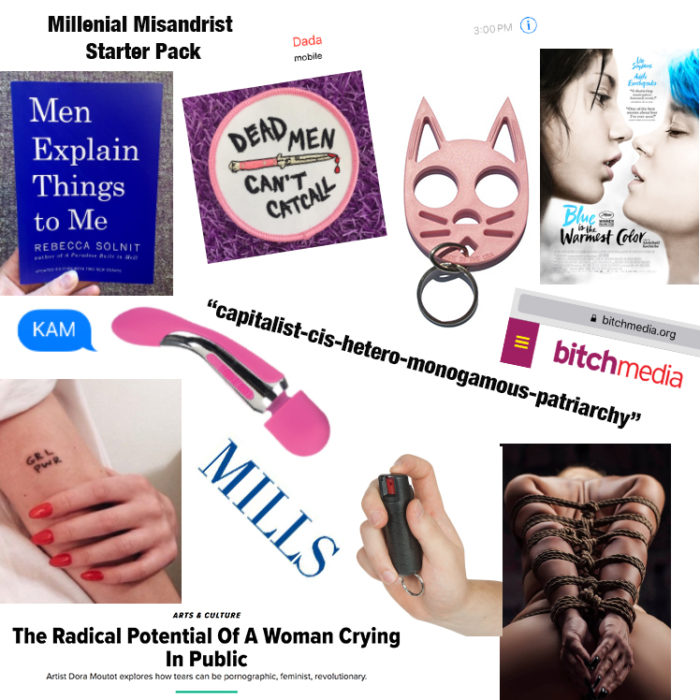 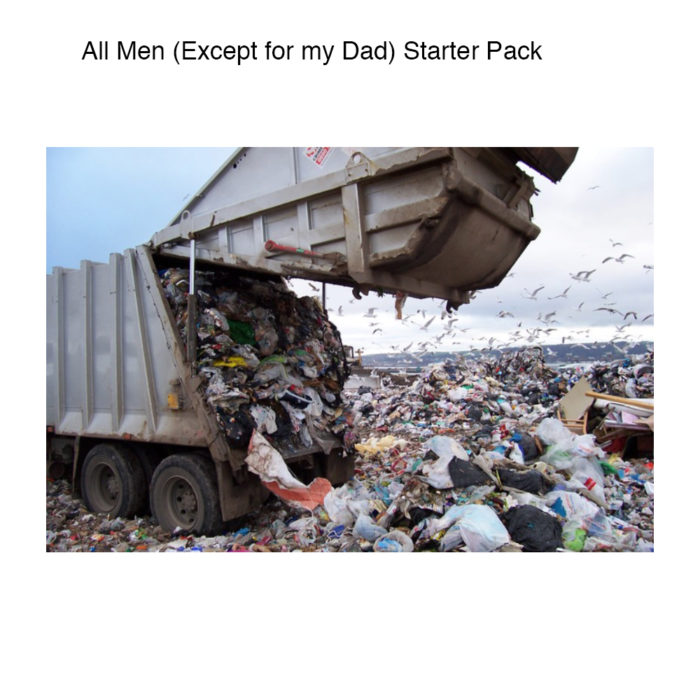 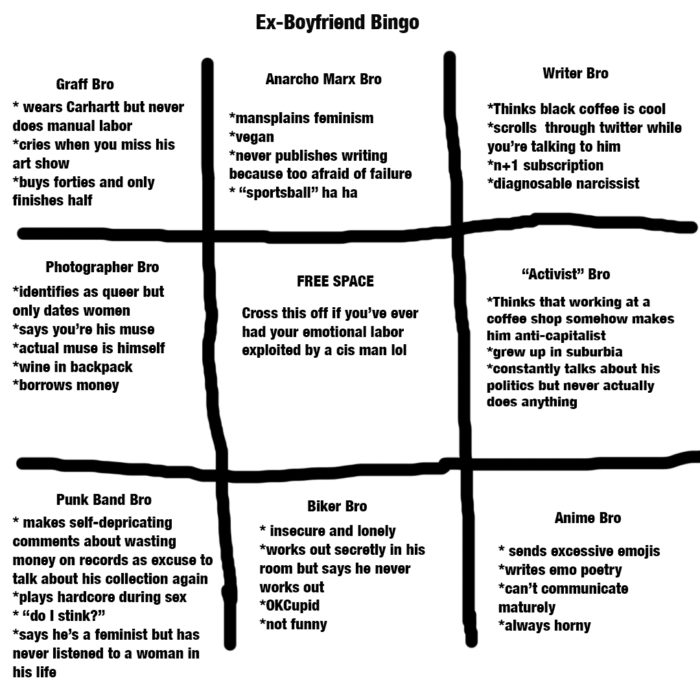 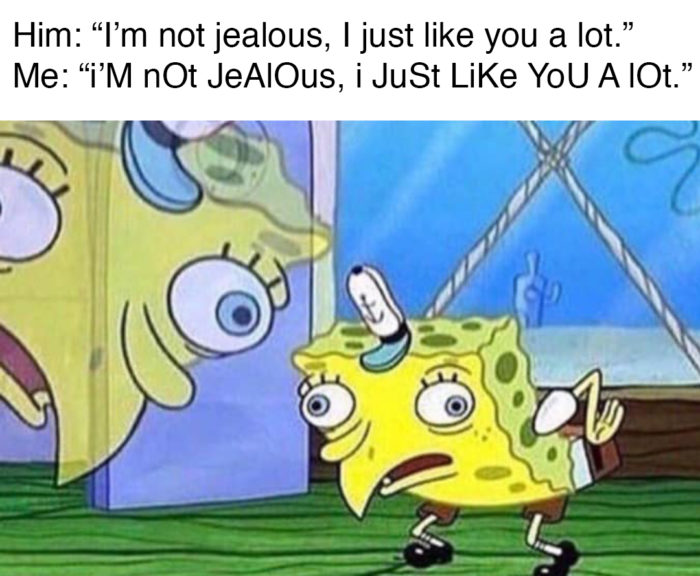 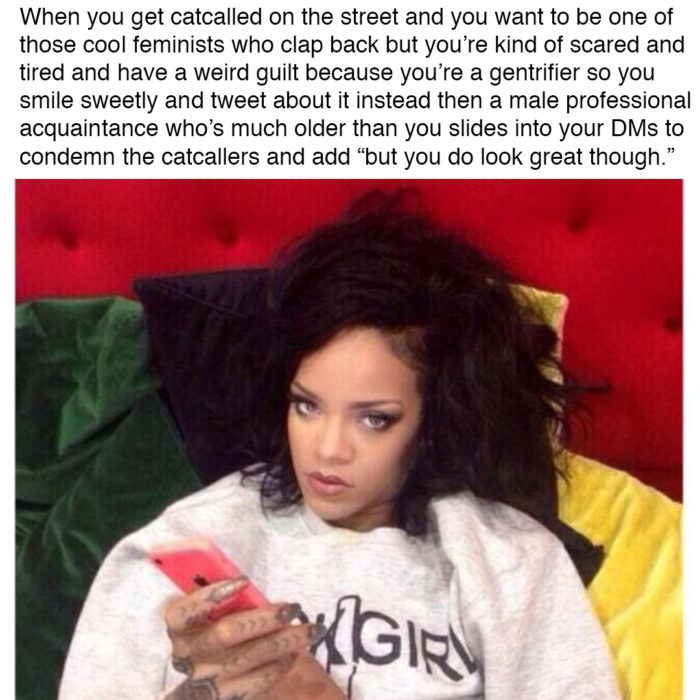