Keeping the Band Back Together: Notes on “Mis-competence” 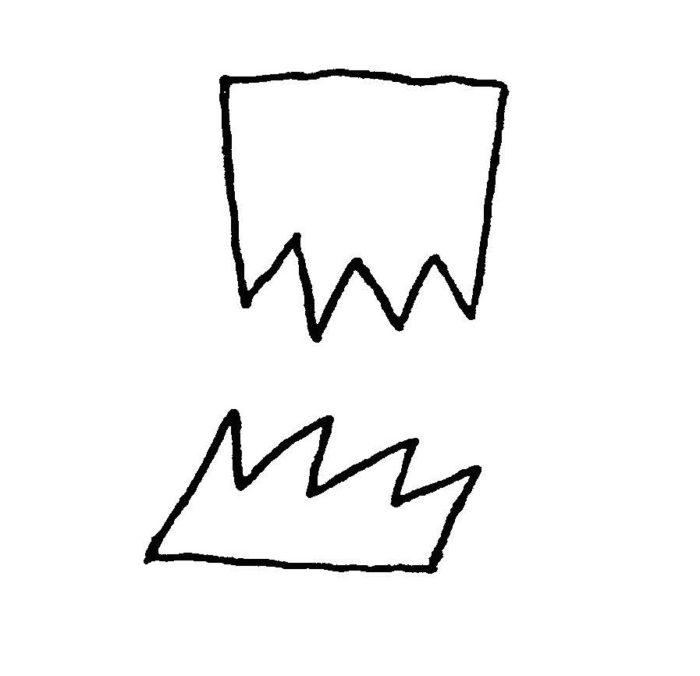 “The trouble with self-improvement is knowing when to stop.” — attributed to David Lee Roth

So much incipient joy is swallowed by negligence.

Most of my creative behavior is unskilled, curious, mercurial, and error-prone. In order to make useful the hindrances this creates, I have adapted to holding several overlapping centers of creative gravity: sound, writing, visual art. This helps scraps, false starts, ex-failures and yet-unrecognized gains to stay in circulation, forestalling sedentation and disappearance. The whole anxious scheme dismays me some; art aside, I generally feel like I’m ever on the verge of plunging into some massive dereliction of duty.

Yet suspicions about what is called accomplishment have long been with me. The holes in that plot seem bigger than the plot itself.

Beginning seems to lead less to ending than it does to more beginning, and ending to more ending…

…and of course I’m constantly forgetting which is which, and whatever emerges is a variable ratio of selfsame to otherwise.

And turned into having been there

Whence else seemed all foreground

Nowhere in the process

Do you have to have a style

About to guess as much just as it drifted off

Followed to here and back

It’s like I neither know, nor can manage to forget, what I’m doing.

“In performance, the improviser’s listening is directed only at ‘what must come next’? The decision-making process which results from that is paradoxically largely limited to the realm of the technical. It is more often about what can be done rather than what should be done.” — Bruce Russell 1

When I first read about mis-competence I felt a hint of salvation. The coinage is Bruce Russell’s; the full term is “mis-competent inclination.”

Russell plays guitar in The Dead C. Much of his efforts in this group consist of setting up tone-and-feedback conditions between amps and maintaining or modifying the sounds by moving around on stage, toying with signal chains, and unplugging cords to break the current or to conjure even less normative wail. Technique is tactically ceded to electromagnetism. It sounds like haywire dew.

The Dead C consists of two guitarists and a drummer, a set-up that confers an inheritance of predictability and low expectations. And indeed they do boring at least as well as they do rapturous, ruddy melee. How does this keep working, I ask myself when listening to their records — they remind me of Samuel Beckett texts, they do the same thing over and over and never repeat themselves — and the answer seems to be that it keeps working because it feels like there’s something wrong with it.

Let me be the nth hack idiot music writer to note that rock music doesn’t really “work” anymore; it exists, as Simon Reynolds has written, in “hyper-stasis,” a solipsism devoid of much inclemency.

By contrast, The Dead C do not-working, they confound the distinction between form and (mal)function, that’s their mis-competence.

“The guitar itself can be addressed in many ways,” Russell writes in the liner notes for Howling and Instability at High Volume Settings: “picking the strings, percussing the strings and body, activating with a slide, or simply addressing to one or other amplifier.” The occasion for these notes is an LP of solo performances using one guitar through a split mono output with two amplifiers in order to generate two sources of feedback which then cross/mingle via the magnetism of the guitar’s pick-ups to create a third, even more unstable “voice.” He continues: “This de-emphasis on playing “actual notes” serves to bring the concept of mis-competence to the fore, because mock-stereo guitar using two valve amplifiers and guitars selected or modified to generate excessive feedback is by most estimations a foolish idea. It is an approach which will hamper or even nullify the playing of most instrumentalists. […] I can only characterize this as an ‘approach’ to the guitar, because it is not a technique of playing — the kind of activity we might describe as ‘goal-oriented’ — it is rather an heuristic, a set of instructions for reaching a goal which remains unknown until we reach it. I think of it as a practical demonstration of what Pierre Bourdieu calls ‘the sense of the game.'”2

The word “experimental” is often carelessly applied in music writing, but as you can see in Russell’s case it is simply accurate: he sets up control conditions to induce variable results. That these results can sound like nickels in a drying machine, and can go on for quite a while, only deepens their earworm reach for me: it’s the kind of sound you might instinctively ignore or mentally diminish, just for your general well-being, until realizing that it seems to have really been there for a long time, and so must have its reasons.

Chogyam Trungpa, in a notable quip: “If I find myself in hell I try to stay there.”

At a certain level it seems clear that humans function through movement (emotiveness, grounding in motive, motility of bodily elements). In this, art can act like a tourniquet, constricting and releasing movement in a manner both therapeutic and technically deranging.

By working the interstice between form and malfunction, mis-competent inclination forces the artist into a position of having to make decisions based on what, given the details of the predicament, can be done rather than what “should” be done. It’s less about “doing something about it”, or making improvements, than it is about entertaining (in the sense of granting an audience to) the ever-percolating human panic to do something… — anything!…

If it were — if form, a state of total embodiment, truly obtained in nature, or in consciousness which is “nature’s nightmare” (Emil Cioran) — wouldn’t formlessness be inconceivable? But formlessness is conceivable: I can do it, I’m doing it right now, and doing so feels endemic, native to me. Yet I have trouble conceiving “form.” It’s like trying to picture a tesseract — I really can’t! Instead I think of a heap of dust, and a hand sweeping it away…

In “Three Academic Pieces” Wallace Stevens writes that “there is a limit to [imagination’s] power to surpass resemblance and that limit is to be found in nature. The imagination is able to manipulate nature as by creating three legs and five arms but it is not able to create a totally new nature as, for instance, a new element with creatures indigenous thereto…”3

Between “manipulated” and “totally new” there is development.

In the world that never arrives and never leaves I invent endless interregna to mark my place and direction. From this perspective, “I” connotes a readiness to take form. That I cannot measure the act of taking form, cannot decipher where it begins and ends, is empirical evidence supportive of what I propose, namely, that the opposite of formlessness is not form, but formness. The world swings in and out of formness ceaselessly. It creates a kind of shimmering, the beauty of which seems to come not from its being rare but from its being continuous.

“Disruption” has become a default global elitism. In response I wish to affirm the use-value of practices of continuity — especially unspectacular, mis-competent kinds, grounded in a recognition that fallibility and ignorance are native to us; especially when what is practiced as continuous is aversive, or dissonant, or “wrong” in some way. Because art is training.

Formness is “nature” as Stevens frames it: the limit against which imagination — unlimited in its readiness to take form, yet limited by the impossibility of taking a final form — is constituted.

By “art” I mean the transcendence-proposition of an object imcompossibly situated between formed and unformed, between made and not made.

Deformed, undone. How does art keep working? When there’s something wrong with it.

“Since the imperfect is so hot in us.”