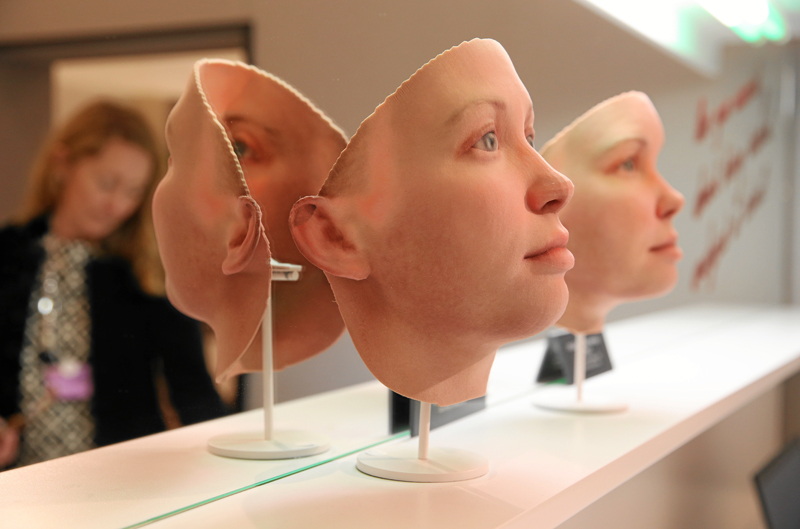 A few days before Donald J. Trump’s inauguration, President Barack Obama commuted Chelsea Manning’s sentence of thirty-five years for whistleblowing. Manning was convicted in 2013 for releasing a trove of classified material relating to American military and diplomatic activities, including information about civilian deaths and abuses committed against detainees during the wars in Iraq and Afghanistan — where some saw treason, others found heroism.

In the weeks that followed, the new administration moved quickly to rescind the bathroom bill, even as the murders of trans women, including Chyna Doll Dupree, Jamie Lee Wounded Arrow, and Ciara McElveen, continued. Despite the outpouring of letters and social media-based support, such as the #freechelseamanning and #HugsforChelsea campaigns, Manning has, in many ways in the larger culture, been disappeared; something with which trans individuals are all too familiar. Artist and educator Heather Dewey-Hagborg believed in the power of speaking out against Manning’s forced invisibility in a radical way: through a combination of art, science, and activism.

America’s cultural and political state is full of troubling developments, from proposed hyper-conservative legislation harmful to women to racist language and harassment targeting groups and individuals on social media. As events relentlessly develop, campaigns for and coverage of important stories can easily get buried, and complicated practices at the nexus of art and science that have potential to affect change are pushed aside. 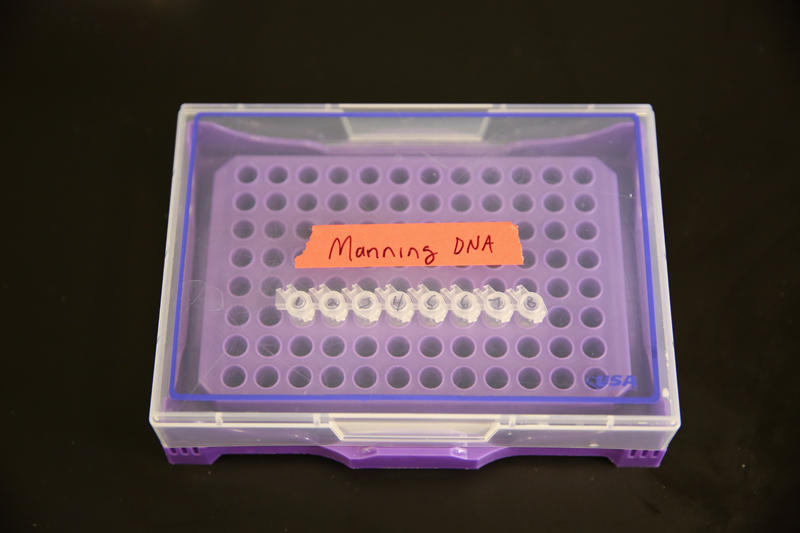 In 2015, Dewey-Hagborg created Radical Love, which consists of 3D sculptures based on the DNA analysis of Manning’s hair and cheek cells. The profiles came about when the artist was contacted by Paper Magazine, which required a workaround to obtaining a likeness of Chelsea Manning, since photographs of her were prohibited. In a recent interview, Dewey-Hagborg explained a key element in her portraits of Manning: “She took some of the hair clippings and a cheek swab and then I went through the same process that I did in Stranger Visions, with the exception that I left out genetic sex.”

Dewey-Hagborg created two portraits, one that was “algorithmically gender neutral,” meaning it omitted gender parameters in favor of how Manning identifies, and a second “algorithmically female” portrait. Radical Love critiques the heteronormative and binary categorizations we place on gender by using DNA phenotyping to show how such a technology can be problematic within a process often used to create profiles of people. Science is not as exact as we imagine it to be, and dangerous narratives can result from the negligent acceptance of empirical methods that normalize sex, gender, and ethnicity (such as Parabon’s use of the DNA Snapshot for predictive policing). Yet this technology also allows for us to more fully see and experience our humanity, enabling us to confront and combat essentialist thinking, racism, and xenophobia. In a proliferating surveillance state, Radical Love questions the way in which technology aims to resolve and reduce a person to a mere set of physical characteristics.

In order to document Radical Love, Dewey-Hagborg and Manning subsequently created Suppressed Images (2017), a collaborative comic book project illustrated by Shoili Kanungo. Dewey-Hagborg worked on this piece during an artist residency at ThoughtWorks, a New York-based tech consultancy that works with non-profits and focuses heavily on social justice issues. The comic book format makes the serious and weighty topic widely accessible and easier to disseminate. Dewey-Hagborg spoke to the idea that media often inundates us with the stories and images that remind us of what is not acceptable or imaginable, narrowing our views of what the good may be in the world. Suppressed Images allows us to look into the artist’s process and discern the urgency with which she was pushed to work for Manning’s clemency at a truly precarious time in cultural and political history. 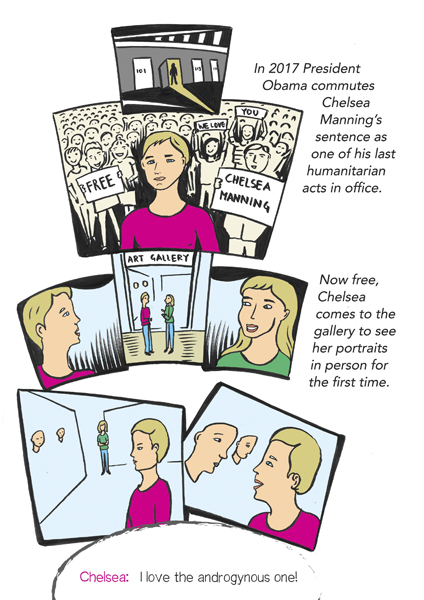 The ending presciently imagines Manning’s release — and thus her ability to view the 3D portraits created by Dewey-Hagborg in an exhibition. Since the last page of the comic is no longer fiction, the artist was approached to show the portraits at Fridman Gallery in New York this August.

Radical Love is the last of the DNA portraits Dewey-Hagborg will create for the time being, since she is focusing on an upcoming collaborative project with artist Philip Andrew Lewis that combines speculative fiction, bio-hacking, and genetic hallucinations. The upcoming exhibition of the 3D printed sculptures will serve as a testament to the ways in which an artistic practice can force a type of scientific methodology to serve a great good. When asked about the Suppressed Images as a direct action, Dewey-Hagborg shared a compelling thought: “The activist turn for the project was when I had the opportunity to exhibit in the Victoria & Albert showcase at the World Economic Forum in January 2016. I thought this could be such an amazing opportunity to make her visible to these incredibly elite, powerful, obscure people that we never get to talk to or have interactions with. To put her human face right there, front and center for them to look at […] I would like to think I played some small part in humanizing her in that way.”