Lime Rickey International is born of noise and nation. 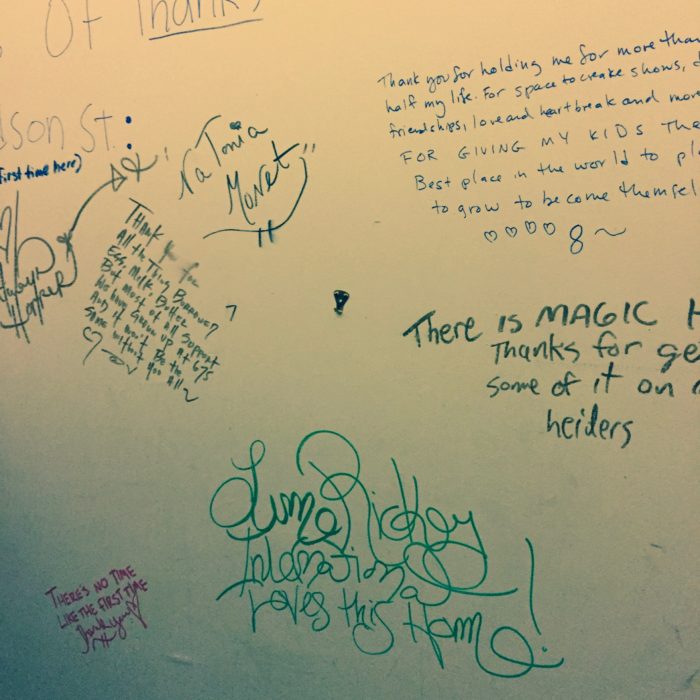 On 30 August 2016, Lime Rickey International performed as part of 675 AUNTS: special summer edition, held at the legendary loft of Lucy Sexton, see DANCENOISE. This was the last performance event to take place at 675 Hudson Street.

Lime wore a kaftan that once belonged to Lillian Kessler. Lime performed in what was once Lucy’s bedroom, while other artists filled the kitchen, Salley May’s room, and the children’s rooms with various divergences. Lucy’s two bright-eyed daughters honored 675 Hudson with a dedication wall and invited everyone to join in their future history.

Lime performed her single “Go Home” – for those who are trying.