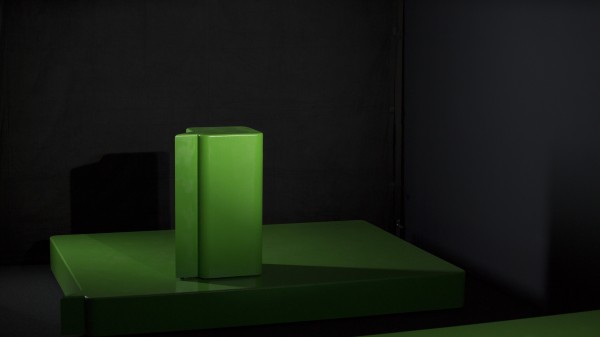 Through March 2, 2014, SFMOMA presents newly commissioned and site-responsive projects from contemporary artists, as well as historical works and documentation, in the small suburban city of Los Altos. This Open Space series highlights artists and spaces relating to Project Los Altos through conversations with the project’s contributors and my own personal responses. On November 6, 2013, I spoke with Christian Jankowski about his newly commissioned video work, Silicon Valley Talks. From November 1 to November 8, 2013, in a specially furnished storefront on State Street in Los Altos, Jankowski filmed nine lectures given by tech leaders and performed in the style of TED talks. Each speaker, directed by Jankowski, drafted a lecture on a non-work-related topic — the subjects range from writing poetry and fly-fishing to one man’s experience bringing up children in a foreign country — before replacing much of the language with tech jargon. The resulting videos, on view now as part of Project Los Altos, are at various moments confounding, poetic, hilarious, and absurd, and each reveals the ubiquitous TED talk format anew. What follows are excerpts from my conversation with the artist.

Silicon Valley stands for our time; it has a similar tone to Hollywood or El Dorado — the imagination that already goes with the name “Silicon Valley.” Having a specific context is good for my projects because the context impacts my process — in Silicon Valley Talks I use Los Altos as a kind of atelier, a stage on which to begin a performative work.

Since I often work in existing formats, the idea of the TED talk came naturally. I was really struck, the first time I saw this kind of presentation, by the fact that although one thinks of business as formal, in the realm of the TED talk you see this dude in washed-out jeans, walking up and down on stage, pretending to be super smart and your best friend.

I also wanted to work with the form of the TED talk as something creative, as a template, but not in the way it was originally used. So, I asked the speakers not to talk about their jobs, or anything technologically related but, rather, to talk about topics of humanity and very personal things. 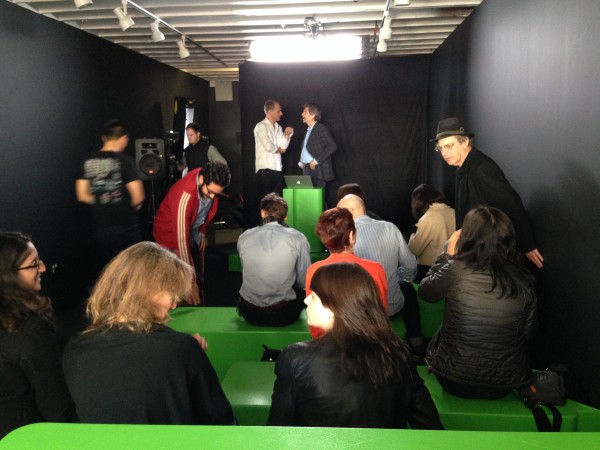 Everyone says that in Silicon Valley no one has time to think about picking mushrooms in the forest or going fly-fishing or writing poetry, but in this project the speakers sit down and give presentations on topics from Italian Futurism to falling in love.

After the speakers wrote a first version of their speeches, I asked them to write a second version in which they replaced as many words as they could from the original version with metaphors, slogans, and jargon from the tech industry. Many of these words are words we’ve heard before, but don’t know what they mean; others we have never heard.

When you first sit down to listen, for the first few minutes you think you’re hearing an insider talk about the latest technology or technological invention, and then you realize that actually the speaker is talking about raising kids in Israel, for example. I like this kind of twist with the surface and content, and I think it stimulates our imagination in a way similar to poetry or collage — the idea of something appearing to be different than what it actually is.

In all of my projects communication is a major element, as is finding a new language between different worlds. Technology has always shaped language.

I’m also interested in the idea that some of the speakers here in Silicon Valley may use words that they’re making up, because new technologies may not yet have words related to them. The words have to be invented. I imagine taking this project out of storage in fifty years and finding that we don’t know the words anymore, or finding that they’re spoken all over the world. 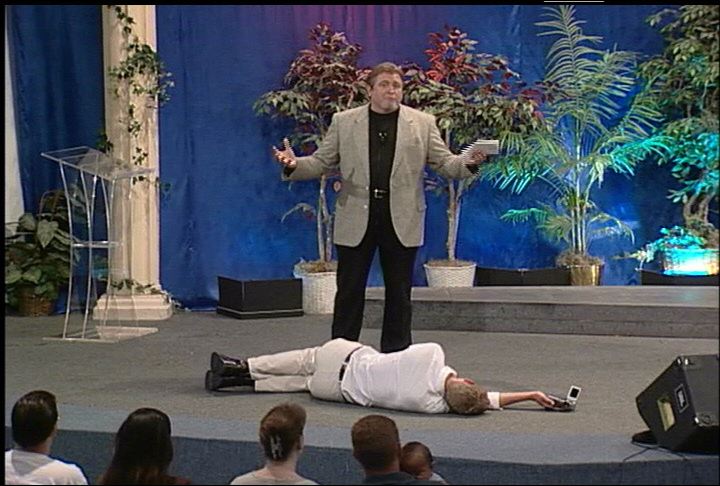 In my work I have reached out to the religious world, or to the business world, or to the sports world, or the psychological world of therapists, and now the tech world. Each time I try to create something new by merging these worlds and these perspectives, and the different values that each brings, with the ideas of an artwork.

One thing that connects the people I work with is that none are art world insiders — they bring a different perspective into the art world. I like to work like a gatekeeper who opens or filters information from one side of the fence to the other, and I capture this in different media — from performance, to photography, to video, to installations.

What also connects them is that they are systems, communities, and professions. I’m interested in professions because the more you become professionalized in a field, the more you enter into a whole code, a whole perspective. The way an artist looks at the world, or an undertaker, or someone who works in a kindergarten — their viewpoints are all so different. That’s what art is about — opening up a new perspective and a new way to look at the world. For me, that’s thrilling.

On collaboration and authorship

If I’m working with video I can shape and edit the content in a way that I think is interesting for the art world to see, because the art world is my first audience. But there’s nothing better than an artwork that is more intelligent than the artist who made it.

I pull the strings and when something starts growing by itself, or something interesting happens that I didn’t intend, I know I’m on the right track. I like that losing-control part; from that comes the aesthetic explosions. 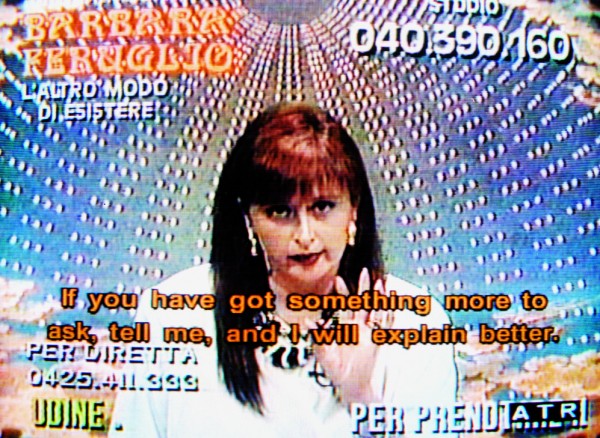 I’m not a dentist who totally fucks up my audience’s teeth. My audience usually gets out of the museum feeling fine after seeing my work.

I think it’s important when approaching these different worlds — these foreign, unknown topics — that I am not judgmental. I hate the idea that an artist is dependent on this social collaboration while having already formed a negative opinion about the group. I think it really backfires on the author.

Of course you can burn someone on camera, but for me the moments I like in my work are those where, even if my subjects have completely different viewpoints — maybe they’re very conservative or religious — they come up with beautiful words that resonate from human to human. I think that’s a magic moment.

I still try to put people on the spot however and it involves a certain risk. They have opinions and something they want to convey to people.

Art is not there to reassure that everything is good. There is no one way my artwork should be understood; everyone has to find their own way and there is no wrong way. I think this kind of constructive confusion can only happen if there’s a certain equality, and a certain respect for the possibilities of all perspectives. No one perspective is overpowering the other.

My artworks have multiple authors, so they also have multiple viewpoints and they sometimes contradict each other, and I think that’s fine. The work can be an homage, it can applaud, and it can also show the weak parts in certain statements or positions that exist in both the art world and the other world I’m exploring, but hopefully my work revitalizes both worlds.