On the Contemporary: Eclogue by Suzanne Husky

This fall, Open Space will feature a series of reflections by artists, writers, and curators on “the contemporary.” Today’s piece is by multimedia artist Suzanne Husky, currently based in Orleans, France.

During the spring of 2012, in the valley of Nescus in Ariege, I filmed a plowing lesson at la ferme de Meras, one of two farms in France that teaches farmers how to work with oxen, mules, and horses. There, following centuries of tradition, oxen are trained for four years and then work until they are ten years old. Afterwards, they are retired, fattened up, and eaten. (An industrially raised ox rarely makes it past three years old.) Olivier Courtiades, the farmer, explained to me that tractors are inappropriate for mountains, that a little farm like his could never afford a modern tractor (€250,000), that a peasant (paysan) was supposed to protect his land (pays) from damaging industrial agriculture, and that for him this meant to teach non-mechanical farming and working with animals. 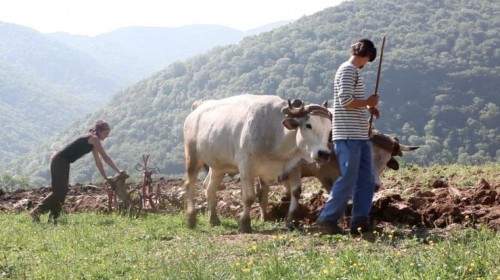 On my way out of the valley, I saw a very old man lying in his vegetable garden. I slowed down to see if he needed help and realized he was pulling weeds, a few inches from his face. The vision of his gardening persistence stayed with me. 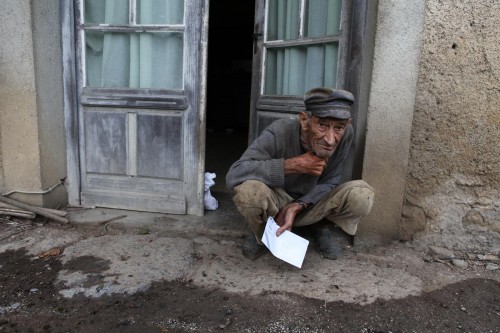 A year later, and in the context of the European Commission threatening to forbid vegetable gardens, I started a new film on retired farmers in their vegetable gardens throughout the seasons. All of these farmers are over eighty years old; they stopped school at twelve years old and have worked the land since their youth, often on the same property. They are the last farmers of generations of farmers. They recall plowing with cattle, avoiding the quail and other ground-nesting birds’ nests, bathing in stables among the cows for heat in the winter. They are in the garden first thing in the morning, and have always been self-sufficient. Their farms and the obsolete architecture that aggregates around them are witnesses of time change: empty pig pens, pigeon houses, chicken coops, livestock stables, rabbit cages, tobacco-drying barns. All sorts of tools, the usage of which will vanish with the farmers, are arranged in and around the barns. Their tools are targeted by thieves across the country and sold as scrap metal. The diverse agricultural landscape they once knew has been replaced by corn and sunflowers (crops imposed by the government).

In my film Eclogue — an eclogue is a classical poem on a pastoral subject — there are multiple temporalities: the time of the crops and seasons, the time of the bodies that become slow with a backdrop of cars zipping through the countryside. There is the time of history from which the farmers come — a time when they all got together to harvest the wheat, a time of war, public hangings, bicycles and carriages — and now. 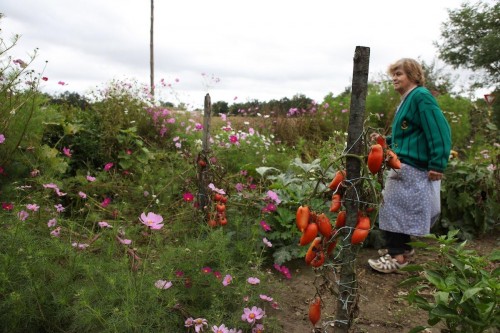 “When the punks cried ‘No Future,’ at the turning point of the year 1977, that cry seemed a paradox not to be taken too seriously. Actually, it was the announcement of something quite important: the perception of the future was changing. Future is not a natural dimension of the mind, rather it is a modality of perception and imagination, a feature of expectation and attention, and its modalities and features change with the changing of cultures. Futurism is the artistic movement that embodies and asserts the accomplished modernity of the future. The movement called Futurism announces what is most essential in the 20th century because this century is pervaded by a religious belief in the future. We do not believe in the future in the same way. Of course, we know that a time after the present is going to come, but we don’t expect that this time will fulfill the promises of the present.”

In previous documentary works, those at the center of my films and photographs are a younger generation who re-learn tradition, dismiss the comforts of cozy homes, hot water, and grocery stores. Wash (16mm film, 60 min., 2012) is a film on off-the-grid showers, and the slow pace of the film corresponds to the work of making a fire under a bathtub in the snow and hanging a watering can to a tree; Ariege Against the Machine (photographs, 2009) depicts women running small farms in the rough mountains of Ariege; and Modern Wild Lives (2009) is about vernacular architecture and off-the-grid living. 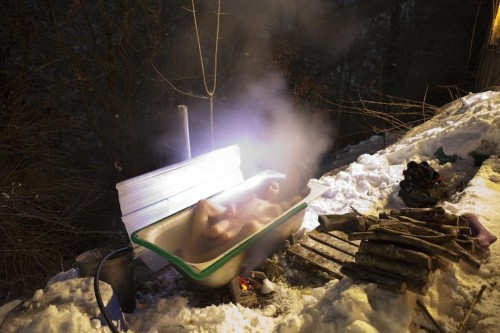 In those three series, the individuals I encountered are dramatically attempting to escape contemporary culture. Aware of the necronomy of contemporary culture, they insist on creating lives where they immerse themselves with the living — bearing the ancestral guilt of man’s unnaturalness — and attempting a reunification with mankind’s oldest practices.

“After the mortgage business imploded last year, Wall Street investment banks began searching for another big idea to make money. They think they may have found one. The bankers plan to buy ‘life settlements,’ life insurance policies that ill and elderly people sell for cash, depending on the life expectancy of the insured person. Then they plan to ‘securitize’ these policies, in Wall Street jargon, by packaging hundreds of thousands together into bonds. They will then resell those bonds to investors, like big pension funds, who will receive the payouts when people with the insurance die. The earlier the policyholder dies, the bigger the return, though if people live longer than expected investors could get poor returns or even lose money.

“Imagine that I buy an insurance policy on my life (something I would absolutely not do). My insurer of course will wish me a long life, so I’ll pay the fee for a long time, while he should pay lots of money to my family if I die. But some enlightened finance guru has the brilliant idea of insuring the insurer. He buys the risk, and he invests on the hope that I die soon. You don’t need the imagination of Philip K. Dick to guess the follow up of the story: financial agents will be motivated to kill me overnight.

“The talk of recovery is based on necronomy, the economy of death.”

—Bifo, After the Future, “Necronomy” 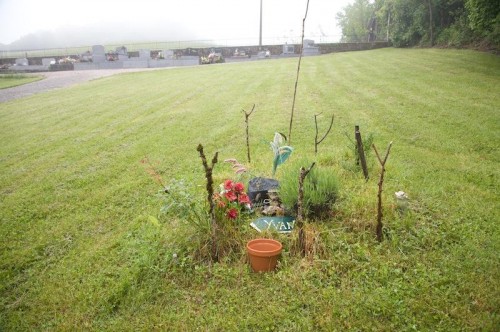 Suzanne Husky, Modern Wild Lives, 2009; photographs. When Yvan died his wife had to fight to have him buried without being injected with preserving chemicals
and without a coffin or grave.

The subjects of my documentaries and I share an interest in collecting knowledge, in harvesting stories and know-how from the “ancients.” According to François Hartog — who wrote Regimes of historicity, presentism and the experience of time — the recent popularity of genealogy began in the eighties. Hartog believes this corresponds to a predominance of presentism in the way we experience time. For Hartog, history has been replaced by the “witness” and the growing commemorating of the past can be interpreted as a fear of losing the meaning of the present.

Globalization has affected every aspect of our environment, natural and industrial, and has generated a fear of losing local identity, especially in Europe. National patrimony reassures, as it can procure a sense of pride, and inflects the sense of the present by commemorating the past; it allows us to write the present while holding on to the past, against the panic of lost values, lost identity.

Suzanne Husky is a French American artist and activist based in San Francisco since 2000. She received an MFA from Beaux-Arts de Bordeaux, as well as advanced certifications in landscape design from Merritt College in Oakland, and has studied at CCA in San Francisco and at University Michel de Montaigne in France. She currently teaches at the Orleans Beaux Arts School. She has recently had residencies at Maison Daura and Casa D’Oro in Ariege, France, and Recology, the De Young Museum, the Headlands Center for the Arts, and Kala Art Institute in the Bay Area. In addition to receiving the SFAA in 2011, her other awards include Green Trophy Award from Wells Fargo, the Seeds of Change award from Southern Exposure, and a cultural equity grant from the San Francisco Arts Commission. Her work was recently acquired by the DRAC, the French National Art Collection.