On the Contemporary: "No Time To Be 21, To Be Anyone" by Sofía Córdova

This fall, Open Space will feature a series of reflections by artists, writers, and curators on “the contemporary.” Today’s piece is by Oakland artist Sofía Córdova.

“Yet [Jasper] Johns’ approach has been wholly justified, in a way Duchamp especially would appreciate: he got in while it mattered, while it happened, when he was alive — and fucked us all, but good, in the process.” — Coagula, Issue 25, January 1997

Contemporary is saying things like “I only listen to slappers,” talking about trap music, name-dropping Gucci Mane in the hopes it lends you cred (maybe after you watched Spring Breakers). Five weeks ago it was fighting on Facebook about whether or not Miley Cyrus’s appropriation of black culture and black bodies/slut-shaming/coming-out is even worth talking about. It was when you dyed your hair turquoise because the NYT told you about seapunk (which within itself declares the genre already dead and suggests, mockingly, that these are the breaks when it comes to contemporaneity). 1 It’s  The Lox making a comeback by telling you that “it’s everything everyday.” 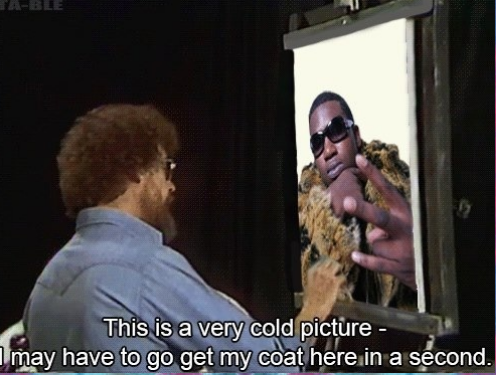 A Portrait of Gucci Mane

It is at times completely outside of the scope of our language, at other times, it is a selective, nostalgia-powered revival (in a callback to seapunk, I can’t seem to run away from the specter of The Little Mermaid’s recent rerelease).

It is gone before we can acknowledge it in its true form; for most of us, unless we’re creating “it” (and even then it feels woefully out of reach, swimming in self-doubt), it’s perennially one step ahead and always just out of grasp. It exists only in relation to our cognitive reasoning that we exist, here, now.

It’s DJ Khaled and Drake appropriating one of our favorite reality tropes.2 It happened when the art establishment celebrated Loretta Lux reworking images of doe-eyed kids in the style of the Keanes because we too can always relocate our “being here” to accommodate a “new contemporary.”3

Loretta Lux vs. The Keanes

To identify something as contemporary reveals the greater act of pinpointing our being in space and time. This philosophical act is inherently flawed, always imperfect. Yet it is valuable for precisely this reason — when we are conscious of this label, it forces a constant reassignation not of the world around us, but of our collective “selves.”

Heidegger’s Dasein defines contemporary, if anything can.

In the multiverse we live in there cannot be “one contemporary,” furthering the notion that this concept exists only in relation to where we are, geographically, socioeconomically, racially. It belongs to no one person, movement, or group because as a species we’ve always lived in separate worlds, our collective cultural universe is a messy galaxy of tastes, ideas, reasoning. Originally geographic and now digital, their edges touch and often bleed into each other, but no one language is expansive or cohesive enough to articulate it all. 4

Curator Charlotte Cotton, speaking about the intersection of photography and our digital lives, claims that “the internet does not adhere to the inherent, necessary asymmetry of high-versus-low-art categorizations that we use in the cultural sector: in a banal sense, all photographs on the Web are orphans ready to be claimed” and I would argue, have their meanings molded to our current understanding of place, time, self, whatever.

To pretend that there is a monolithic contemporary is to be a cultural chauvinist (something we’re all guilty of). The fact that in our own private worlds we can’t help but point to something and declare it “now,” despite the ingrained failure in that process, is a significantly important human endeavor — one that unites us in a way that no one single meme, video, controversy, painting, photograph, or performance ever will.

1.That doesn’t mean it’s not valid, but these acts of movement-assimilation have nothing to do with the thing itself but in turn generate a new sui generis/zeitgeist; we’re always living in the past, all we deem original is actually an elegant form of poseurdom. 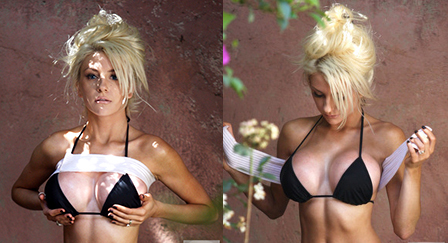 3. Courtney Stodden knew this when she fake-unwrapped her newly augmented breasts for paparazzi she knew were all there to remain relevant to our position in the world which has long left her behind; however clumsy, she was shifting her (and for those of us who noticed, our) place in time. Last week’s example of the same surfaced in the openletter from Sinead O’Connor to Miley Cyrus which, regardless of content, served to realign O’Connor through the West’s concern of the day; after all, the same “letter” could have been delivered privately.

Born in 1985 in Carolina, Puerto Rico, Sofía Córdova received her BFA from St. John’s University in Queens, New York, in 2006, and her MFA from the California College of the Arts in San Francisco in 2010. She also completed the one-year certificate program at the International Center for Photography in New York in 2006. Córdova has performed at SFMOMA, SomArts, and Southern Exposure among others. Her work has been exhibited at the Sonoma Valley Museum of Art, AMOA/Art House, Galeria de la Raza, Queen’s Nails, and The International Center of Photography as well as other venues internationally. Her work is part of Pier 24’s permanent collection.