Beyond Belief: 100 Years of the Spiritual in Modern Art, jointly organized by SFMOMA and the Contemporary Jewish Museum (CJM), is on view at the CJM through October 27. Open Space presents a series of writings on works in the exhibition. Today’s post is from Steve Seid, who looks at Daniel Reeves’s Sabda in the context of his life and early work.

Everything can change in a moment.

For Dan Reeves, once a Marine stationed along the DMZ in Vietnam, that moment occurred on January 20, 1968, when his platoon was ambushed. Critically injured and witness to the death of many of his fellow soldiers, Dan recovered with difficulty from his wounds, then left the military.

But from what god-fearing foxhole had he been birthed back into the world? 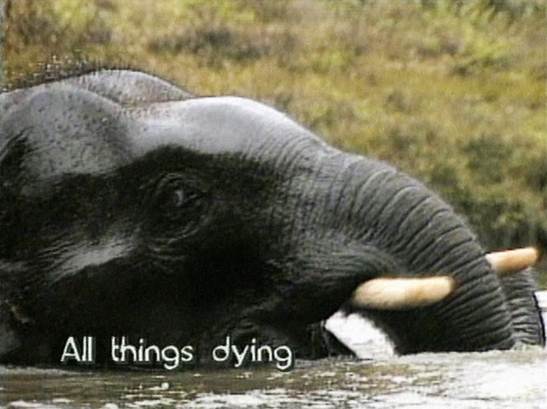 By the mid-seventies, Reeves had become an artist with a keen interest in the moving image, an image moving in its poetic departures and far-flung trepidation. His early video works, such as Thousands Watch (1979) and Body Count (1981), were cautionary collages that warned of a cultural proclivity for violence, for war without end. But these admonitions weren’t simply advice to the war-torn. This salve-like artistic impulse to save others also became salvation for the artist, in whom the deep disturbance of combat still festered.

The most remarkable work of Reeves’s martial period, Smothering Dreams (1981), restages the DMZ ambush, transported to some East Coast marsh. The crimson-stained scene is visited by a young boy, drawn to the spectacle of toy soldiers now made life-size. The reasoning is familiar: Our childish fascination with the things of “desperate glory” brings us nothing but suffering, a consequence unforeseen but irrevocably real. In musing further on this cruel tableau, the artist tells us: “It was the proof that God exists. On the other hand, I could look at the situation and say ‘God cannot exist if this can.’” 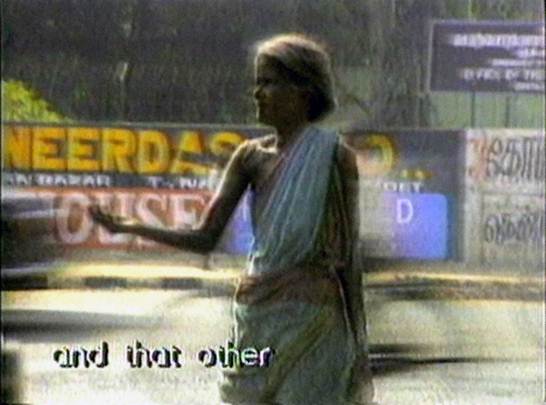 Inspired by PTSD (post theological simplicity disorder), Reeves embarked on a new and fruitful artistic path, one that combined a heightened visual poetic with the informing beliefs of eastern religions, particularly Buddhism and Hinduism. A diptych of spiritually sublime video works from 1983 and 1984, Amida and Sabda, was followed by the elegant but elegiac Ganapati: A Spirit in the Bush (1986), an essayistic paean to the majesty and abuse of the elephant (Ganapati is the elephant-headed Hindu god responsible for removing obstacles). All three works address both the woes and the transcendent possibilities of earthly existence. The words of medieval poets, sensual tempos, and lustrous images create a sense that the sacred can be summoned from within the material world.

Amida, says Reeves, “deals with the cycles of existence, with the fact that everything comes into being, is sustained for a while, diminishes, and dies away.” This cycle plays out upon the landscape of India, where fecundity lies beside the fallow, the lush beside the barren — light and dark, and in between, impermanence. A Buddha falls and is held suspended in rushing waters, visible in its impending erosion.

Sabda, on view in Beyond Belief, is another incantation of the sacred, and India again is the secular stage upon which man finds a kind of redeeming resignation. “Sabda,” by definition, is a holy utterance, a call out to the inner ear. If we are mindful, then perhaps the things of this world will become pleasurably light for a moment, one or many. 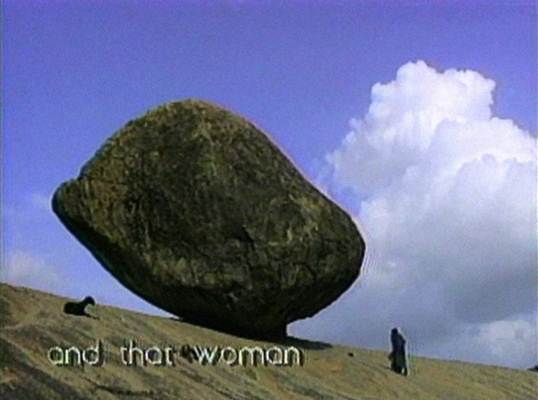 Graphically displayed verse by the Indian mystic poet Kabir underscores the passage from acceptance to salvation.

These things    Those things

Images of ritualized labor, of farmers hand-threshing rice, hammering gongs, lugging loads across the countryside, become symbols of man’s drudgery on the “existence wheel.” The images themselves are processed with subtle digital delays, so that they appear to be phantom-like apparitions of a world suspended in time and drained of substance — a limbo where earthly laborers wait until enlightenment releases them.

“My legs are pillars.

The body, a temple.

The head, a cupola of gold.”

A recurring image, that of travelers lugging great loads along a tree-lined road, reiterates the burdensome nature of man’s — that is, unenlightened man’s — time on earth. “What can the poor road do?” asks the poet. The journey toward knowledge is our obligation, but the road, the path, can only offer its benign direction as “we stumble from wasteland to wasteland.” 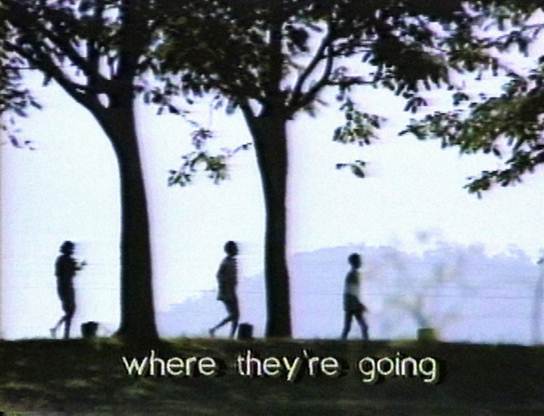 This sense is further reinforced by one of Reeves’s most resonant images, that of a lordly elephant moving slowly through the arid landscape, dragging behind it a husky chain, anchored at the ankle. The iron tether (of man’s making) prevents the elegant beast’s liberation. It is this chain of toil that must be severed before its natural gait can be reclaimed.

For Dan Reeves, the artist, Sabda is the summation of an early effort to conjure the sacred in poetic form. For Reeves, the wounded soul, it is part of a practice of reclaiming one’s self from that moment when everything changed.

Steve Seid is Video Curator at the Berkeley Art Museum and Pacific Film Archive. Follow the Beyond Belief series here.