On the Contemporary: Frances Richard, "A Few Names" 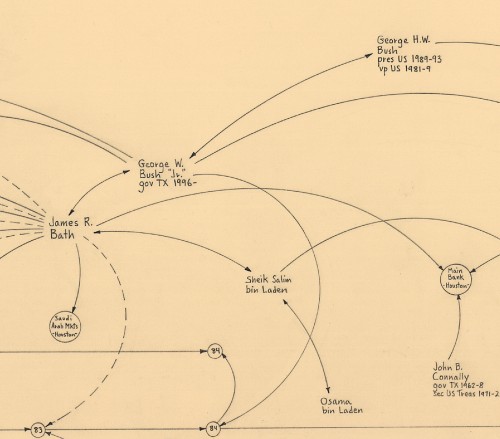 This fall, Open Space will feature a series of reflections by artists, writers, and curators on “the contemporary.” Today’s piece is by San Francisco writer and teacher Frances Richard.

I went for a walk a few weeks ago with the poet Brenda Hillman, and we talked about names, naming, responsibility. In short, about contemporaneity and how it’s marked for history to absorb. We stood looking at an electric-green, powdery lichen (Candelaria concolor) stippling a worn board fence. Brenda said that when she goes with Code Pink to deliver petitions at Congressional offices, she tells the bright young staffer at the desk: “I have put Congressman So-and-So’s name into a poem, and history will know that s/he has voted for the war/for the Pipeline/against the Protocol/against the Act . . .” “They blanch,” she said—at least I remember receiving what she meant in a word like that, a sign for faces flinching, leaching confidence, flattening momentarily into whiter shades of pale. “It freaks them out. They believe in poetry even though they don’t know they believe it. And they’re right! Just think of Dante.”

I love that Brenda sees herself as a Dante of earth, air, water, fire, and citizen outcry in the 2000s. [1]  Just as I love it when Anne Waldman curses Donald Rumsfeld:

This is the trespass dance

This is the way I get down for it

This poem-curse is flexible, and has accommodated Dick Cheney, Newt Gingrich, Ben Bernanke, and “pundit euphemisms!” 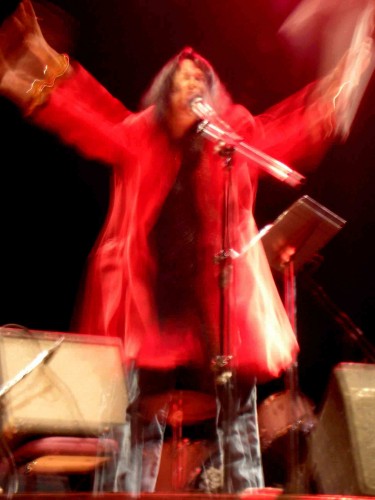 It is important that such a hex echo down the decades. Who is Dick Cheney? asks the baffled student in 2113. Look him up. You could trace the Savings & Loan scandals of the early 1990s and the position of textbook-footnotes like James R. Bath—former director of the Bank of Credit and Commerce International, sketchy Houston compadre of George W. Bush with petrodollar ties to Salim bin Laden, Osama’s brother—through the drawings of the artist Mark Lombardi. [3]  You could learn about the occupation of Palestine and its effect on displaced persons like Hana—born in Beirut, carrying a Lebanese passport, the daughter of parents from Haifa—or Munir—born in Jerusalem, carrying a Palestinian passport and West Bank ID—from the photographs of Emily Jacir. [4]  BCCI was once contemporary. Someday the occupation will be memory, which is not to say it will no longer spasm on living nerves.

Calling these names, scattering the sequins of mid-1980s idiosyncrasy, Schuyler spins out a novelistic, diaristic world through his own single, sad, witty intelligence taking its pulses in the now, now, now. Class and queerness, urbanity and illness, childhood disaffection, adult resignation, and the desire/exhaustion fomented by consumerism enter “A Few Days.” But such social issues are not quite the point. The point is that, in its encyclopedic hungers, the poem lets self and narrative run on and on so long that they dissolve. Hillman’s project, and Waldman’s (and Lombardi’s, and Jacir’s), are similar in texture—Whitmanic in their admission of always-fleeting yet in-the-moment-staggering implication inside one’s thoughts and feelings. But these works differ in content, in names named. Waldman says in a 2008 interview:

When I ritually enact “strangling” Donald Rumsfeld or Dick Cheney, it’s a kind of white magic. I want to strangle or eliminate the mindset. And of course the Rumsfeld Cheney Bush Elliot Abrams ad infinitum etcetera mindset goes back to Vietnam and the secret bombing of Cambodia and the like. These are the real illegal aliens and they need to be called out for their egregious deeds. [5]

Called out, so that their deeds are not reified, but specified.

What is the contemporary? One answer: An occasion for reaching deeply into your (my, our) observations; a chance to tell future culture about public names that clung to and stabbed our private minds. About Trayvon Martin, Malala Yousafazi, Jyoti Singh Pandey, and Oscar Grant.

About TEPCO, Monsanto, Rana Plaza, Hetch-Hetchy, the Lincoln Memorial, and what happened.

[1] Seasonal Works with Letters on Fire, the fourth volume in Hillman’s quartet dealing with the elements, is just out from Wesleyan University Press. See http://www.upne.com/0819574145.html

[2] The poem is “Neurolinguistically: This is the Writing Dance.” See http://www.youtube.com/watch?v=KKyHRrerZFk