Currents Within a Collection: An Alternative History of the Elise S. Haas Bequest

The Elise S. Haas Bequest: Modern Art from Matisse to Marini is on view until SFMOMA temporarily closes its doors June 2, and as we wind down these last few days, Open Space is pleased to host a series of posts from SFMOMA Assistant Curator of Painting and Sculpture Caitlin Haskell highlighting one of the museum’s most important benefactors, Elise S. Haas. Currents Within a Collection: An Alternative History of the Elise S. Haas Bequest will focus on some of the many personal relationships between artists and collectors that contribute to the fabric of the Haas collection. As an invitation to stay tuned we’re sharing this engaging interactive diagram, designed by Adam Machacek and researched by Jared Ledesma, curatorial assistant in painting and sculpture. 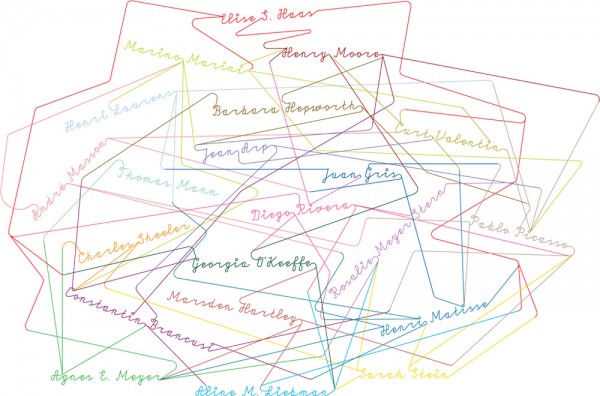 Follow the Currents within a Collection: An Alternative History of the Elise S. Haas Bequest series here.