Artists often cite one another as influences; it is easy enough to name what inspires or repels us, creatively. But the many-pronged relationships between people and objects, places and daily routine, labor and creativity—these are much more complex and harder to articulate.

Earlier this year two Bay Area artists (and SFMOMA staff members), John Davis and Collin McKelvey, collaborated on the publication Episteme. The book includes audio and visual elements and highlights their artistic practices as inspired by their everyday work environment (our museum).

Episteme gives a behind-the-scenes glance at spaces in their soon to be under construction workspace, as seen by John and Collin, desktop technician and exhibitions technical assistant, respectively. With a foreword by SFMOMA curatorial assistant in photography Jessica Brier, the project is one part book and one part record. Photographs by John are printed alongside corresponding stills from a video by Collin, inspired by the shifting light in the current SFMOMA building, throughout the day and throughout the year, as the seasons change. They each created sound recordings inside the museum for the LP. Samples from Episteme are featured here, with field notes from John about his photographs.

Episteme Samples A and B, processed field recordings from within the San Francisco Museum of Modern Art building. (Side A sample fades into side B sample.) A. Collin McKelvey; B. John Davis 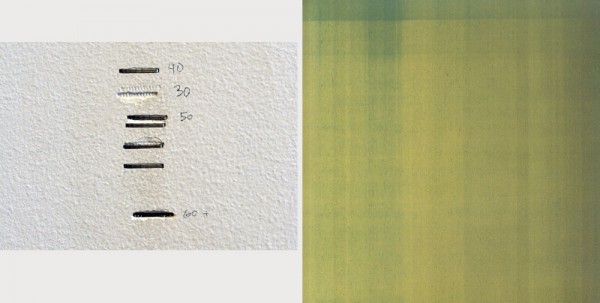 Untitled 07: This photo was taken in the conservation studio and served as a test for a pneumatic staple gun. I liked the simplicity of the staples alongside the numbers (PSI measurements), in particular the residue from people running their fingers over the surface to gauge flushness to the wall. The staples and marks are centered on the wall with nothing else around them; for me it’s an interesting tension between the aesthetically appealing and the utilitarian artifact. 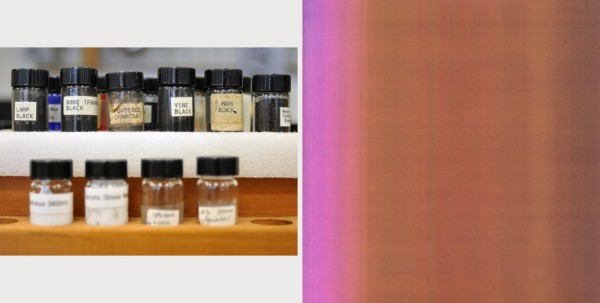 Untitled 11: Also in the conservation studio, these vials of powdered pigments with titles interested me. I enjoy the ways science and art merge in conservation, especially in an environment where highly specialized processes mingle with workspace ephemera. 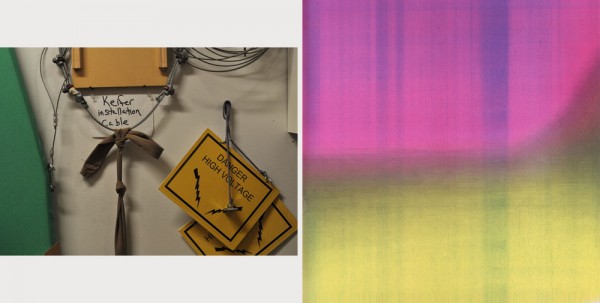 Untitled 29: This photo was taken in the lighting closet in the Installation department, located in the basement of SFMOMA. 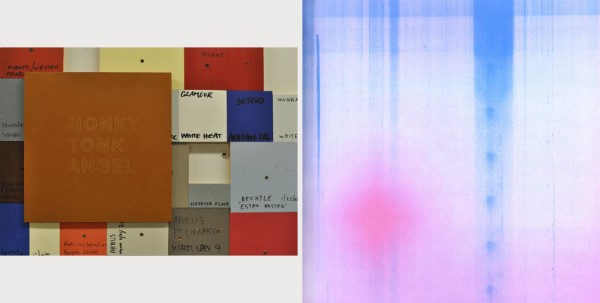 Untitled 38: This photo is a good example of what I was interested in investigating with many of the photographs. The scene is in the museum’s lower-level paint shop, where over time color swatches were nailed up to create an informal record of corresponding paint colors and names for various exhibitions. On their own they make for an interesting installation, but with the addition of Honky Tonk Angel—an artwork by SFMOMA senior operations technician Walter Logue—the scene shows the idiosyncratic details proliferating behind the scenes. Given that many of the staff at SFMOMA are working artists or have studied art in some capacity, visual literacy is conspicuous everywhere, as one might expect, and it is interesting to see it particularly acute in various workplace settings of the museum. 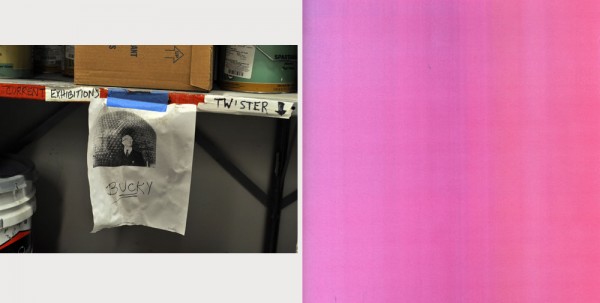 Untitled 50: Another example of my intention with the photographs: various layers, open to interpretation, about the way people who work with and are dedicated to art mark the workplace in idiosyncratic ways, both functional and personal.