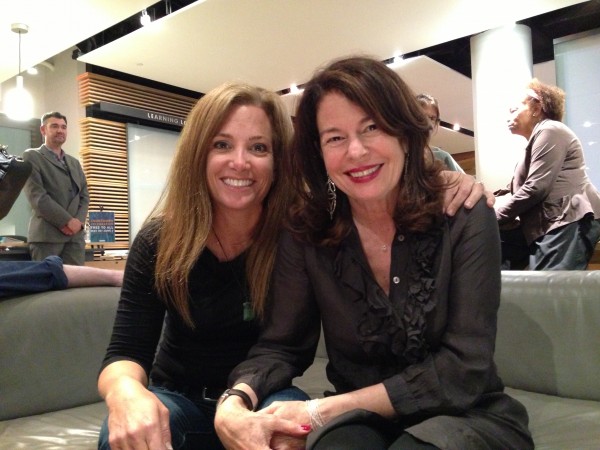 Bringing you stories of Bay Area craftspeople and pioneers, from the makers of violins to jars of jam to the queer car service, Homobile, The Kitchen Sisters are Davia Nelson and Nikki Silva, radio producers and collaborators since they first met in 1979. The pair are currently hosting The Making Of… at SFMOMA, part of the museum’s four-day Countdown Celebration. I chatted with Davia Nelson and her friend and colleague Jennifer Ferro, president and general manager of NPR’s flagship station for Southern California, KCRW, which regularly airs the Kitchen Sisters.

What do you make when you’re not making radio shows?

Davia Nelson: I like to make river trips. I have a tradition with a bunch of girlfriends and this will be our thirtieth annual river trip. We go river rafting for a week every year. We’ve been to the Rogue River in Oregon, the Salmon River in Idaho, Cataract Canyon in Utah, and the Yampa and the Gates of Lodore [in Colorado].

Jennifer Ferro: I like to make really great passes when I play soccer!

DN: I collect sugar. I’ve been collecting tubes and cubes and packets since I was five; I like to look at the changing world through the perspective of sugar packets. Oh, and lipstick. They say the average woman will die with a pound of lipstick in her stomach and I think I’ll have five!

DN: Sam and Becky Phillips, who have both died. Sam Phillips started Sun Studios and the Memphis Reporting Service; he discovered Elvis Presley, Roy Orbison, and Jerry Lee Lewis, and he also founded the first all-girl radio station in the world for his wife, Becky. I met them when we were doing the Lost & Found Sound series and they changed my life. They were such sonic pioneers and I miss them.

JF: I would hang out with Nancy Pelosi, Eleanor Roosevelt, and my Italian grandmother, who I never got to meet. I would want to ask her what it was like coming to America on a ship, not knowing anything, not speaking the language, and not having any money.

If you could have any artwork or object in the world, what would it be?

DN: I just saw Ann Hamilton’s installation at the Armory in New York. That’s what I would want in my home, with the swings and the speakers and the pigeons—only it’s the size of an entire armory.

What is your favorite tool?