Lebbeus Woods, Architect is on view at SFMOMA till June 2. Open Space is pleased to be hosting a series of posts on Woods’s work and legacy. Today, please welcome artist Kiki Smith. 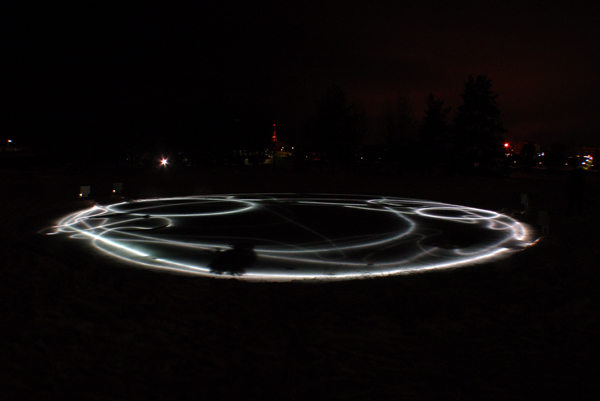 I think Lebbeus and I were an eccentric combination. I played the straight man, grounding both works that we made — Skypool in Lapland, Finland, as well as our piece in the Henry Urbach Architecture gallery in New York — in the familiar territory of strange but populist representational imagery.

In the Arctic, I made an accumulation of images of women who fly in the sky, like witches, sirens, and fairies. These existed as steel cutouts below the surface of the ice where people were encouraged to skate, above a layer of drawing with flexible LED tubes that was based on an abstract drawing of Lebbeus’s and executed by Linnea Tillett of Tillett Lighting Design. I don’t think in the conception of this piece either one of us thought of daytime; at night the luminance of the LEDs revealed the ghostly shadows of the figures embedded or frozen below the surface. It was, without a doubt, Lebbeus’s drawing that gave the piece both light and life. 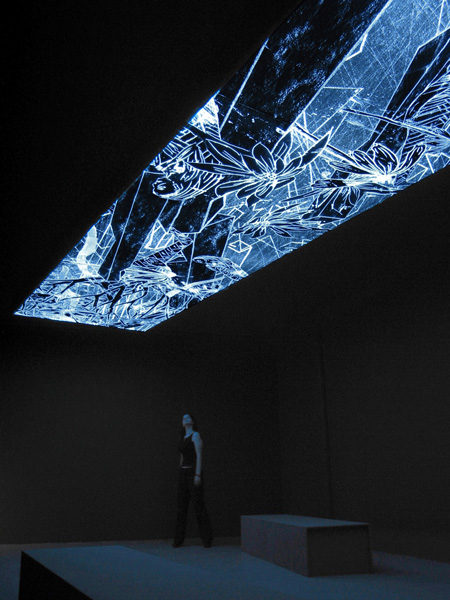 In our second collaboration, in the gallery in Chelsea, we inverted or reversed the abstract piece in the Arctic by making the ceiling a light box. We built a frame and had large prints adhered to it with light coming from above. We also produced a small set of prints based on the large ceiling piece. The figures I drew were derived from medieval illustrations of bodies wrapped in burial cloth and of crystals. These were then used by Lebbeus to compose and fracture space. Lebbeus also infused my black-and-white drawings with multiple colors. Color is something that has always been problematic for me, so it was great to have the opportunity to freely give images to Lebbeus to color using his own sensibility.

The piece in New York was more dark and ominous than the one in Lapland. It had the effect somewhat of being under death, whereas maybe with the piece in the Arctic, one had the sensation of standing over the sky. Lebbeus’s light drawings in the Arctic, in a way, mimicked the aurora borealis, which one could see nightly hanging in the sky.

I was asked in 2002 to make an exhibition at the Brooklyn Museum. I invited Lebbeus to design a structure that I could build, a stained glass chapel. Due to the economics of life, it never materialized. Lebbeus’s as well as Barry Le Va’s work were very present to me at that time. I found their revealed fragmentation of space useful to think about.

I met Lebbeus in the early ’90s but became more engaged with his work after reading War and Architecture and became a great admirer. He enabled me to have a more fluid understanding of the space between representation and abstraction, as well as the use of color, among many other things. 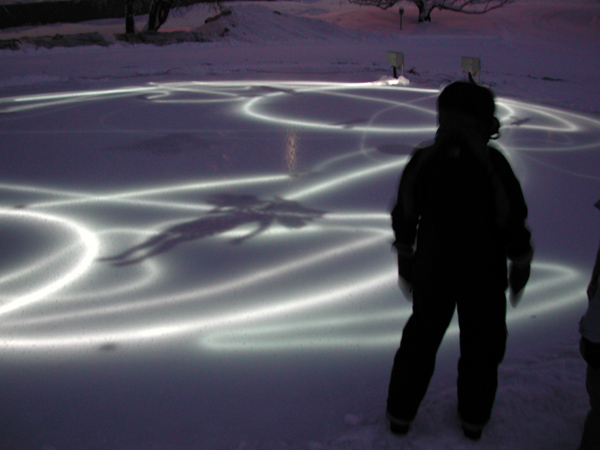 American artist Kiki Smith was born in 1954 in Nuremberg, Germany.