At the 50th Venice Biennale in 2003, Roman Ondák displayed a reproduction of this letter addressed to the Slovakian Minister of Culture, whom he solicits to support the creation of a “Virtual Museum of Contemporary Art.” At the end of the Arsenale complex, Ondák installed a slab as the foundation stone for the virtual museum. “In Virtual Museum of Contemporary Art,” he later told curator Mathieu Copeland, “I established a seemingly functional art institution, which was in fact simulated by only a few marginal traces recalling its pseudo-existence. There were no exhibitions, but there was, for example, a letter I wrote to the minister asking him to support VMCA. There was once a plaque made bearing its name, which was installed on a pier in Venice, together with a few benches …” 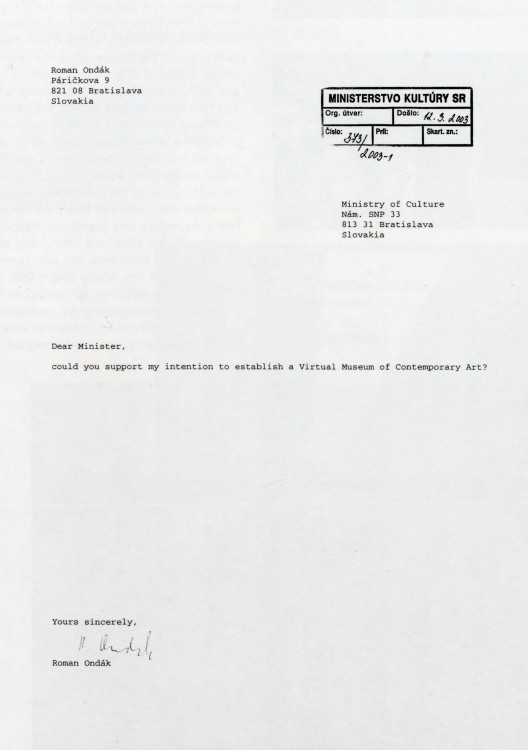 Roman Ondák, Letter asking for the Slovak Minister of Culture’s support for the establishment of a Virtual Museum of Contemporary Art, 2003