“Through the miracle of science, the Art in Space Center has built a state-of-the-art rocket containing all the vital technology for a successful liftoff into the outer limits of our galaxy. By sending a capsule filled with microchips of ARTifacts into space, art will achieve its proper place in the space race … Other spectacular pre-launch festivities include: live music, apple pie bake-off, pyrotechnics, dancing in the streets, and a 21-gun salute followed by a mass sparkler-waving send-off.” — July 2, 1984 press release, Art in Space Center (Ginny Lloyd, Mike Mages, Aron Ranen, Sam Samore) 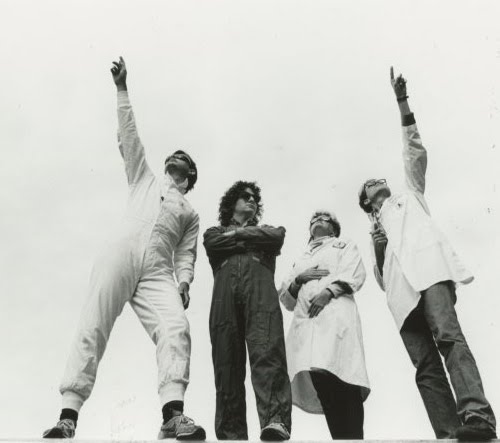 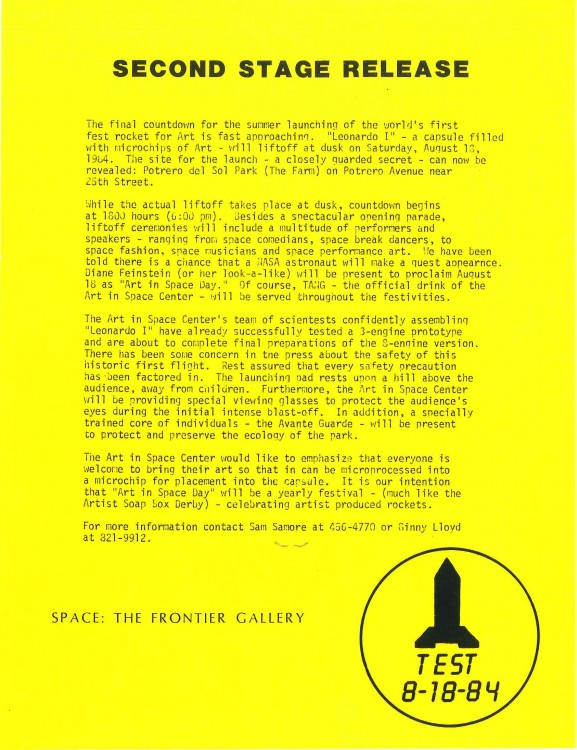 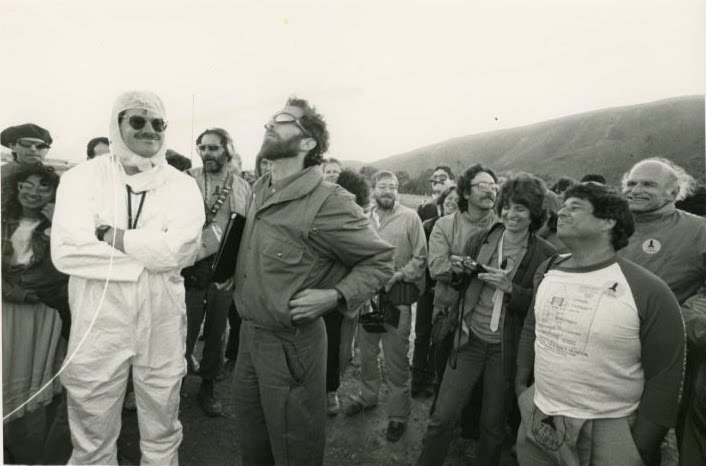 “We knew it was controversial and probably illegal, but we decided as a group to move forward. We devised a plan to put out posters and news to gain an audience. To get the city off of our backs if they got upset when they saw the news, we would designate a location and apply for a permit, going through the proper channels. Of course we expected a decline and arranged to send people to a construction site outside city limits.”  — Ginny Lloyd, Behind the Scene 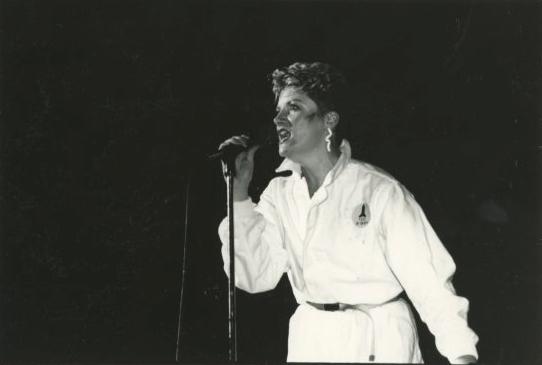 The year 2012 marked the 50th anniversary of planetary exploration, the milestone of the Mars Rover landing, and numerous exciting celestial events. It also happened to be the year for the culmination of several major, ambitious space-related art commissions and projects. Here are a few stellar moments in art, performance, and music to review as we count down to the New Year:

Reissue of Laurie Spiegel’s The Expanding Universe (Unseen Worlds). The track Kepler’s Harmony of the World has been traveling since 1977 on the Voyager 1 and 2 as part of the Golden Record

To the Moon Via the Beach, Ampitheatre Arles, France