Proposal for a Museum: Le Corbusier's Project for a 'Museum of Unlimited Growth,' 1931 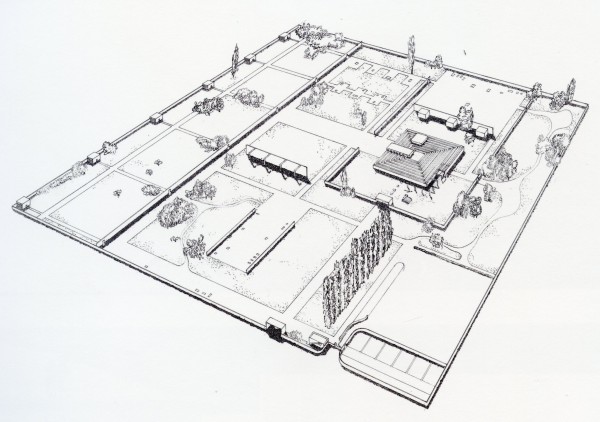 In the newly resuscitated revue Cahiers d’Art, professor of architecture Jean-Louis Cohen elaborates on the relatively recent phenomenon of edifices specifically designed to be museums (“Architecture and the Museum: A Troubled Relationship,” Cahiers d’Art, No. 1, 2012), addressing himself to several “proposals for museums,” realized and unrealized, from the last century. Among his examples is the Musée à croissance illimitée (Museum of Unlimited Growth), 1931, by Le Corbusier and Pierre Jeanneret.

Cohen elaborates the backdrop of this project as follows:

One of the most vocal critics of museums was Le Corbusier — who would later become a reader of Bataille. He had organized for the journal L’Esprit nouveau, which he published from 1920 to 1925 with the painter Amedée Ozenfant, a public inquiry centered on the provocative question, “Is the Louvre to be burned?” In the polemics surrounding the 1925 Exposition of Modern Decorative and Industrial Arts he had challenged the very concept of the museum. After having spent his youth in the collections of Vienna, Paris, Munich, and Berlin, he wrote, “The museum is bad because it does not tell the whole story. It misleads, it dissimulates, it deludes. It is a liar.” The primary target of his diatribe was the Musée des Arts décoratifs, created in 1905 in the Pavillon de Marsan. He proposed on a more positive note, “Let us imagine a true museum, one that contained everything, one that could present a complete picture after the passage of time, after the destruction by time (and how well it knows how to destroy! So well, so completely, that almost nothing remains except objects of great show, of great vanity, of great fancy).”

Cohen relates that the architect would “implement [this project] in the 1950s in Tokyo, Chandigarh, and Ahmedabad” — with the spiral/ziggurat of the figure above as the architect’s image of “limitlessness,” one that would be imitated by Frank Lloyd Wright in his design for the Guggenheim Museum. But these museums hardly represent anything like Corbusier’s unrealized dream of a “true museum, one that contained everything” — a prospect that reads to us as possibly thrilling, but probably, in practice, a hell.