Bay Area Art and the (Counter) Culture of Silicon Valley

“Bay Area artists’ communities rub up against (and are occasionally funded by) the power centers of wealthy risk-takers, disciples of innovation who possess the will to promote social transformation while remaining largely uncritical of (or actively complicit in) military technology and the erosion of civil guarantees of access to resources.” — Joseph del Pesco/Christian Nagler 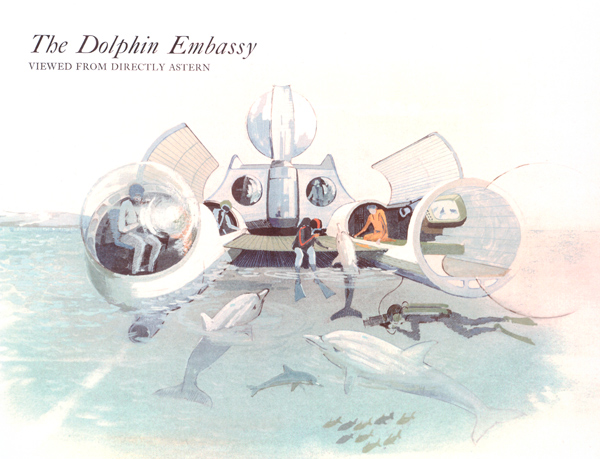 Bay Area Art and the (Counter) Culture of Silicon Valley

[…] Stepping back from the arts and looking onto the larger cultural field, we see that San Francisco has often shown itself to be surprisingly prescient regarding national and global cultural paradigms, particularly those transitional currents that quietly emerge from the creative fields and propagate as shifts in mass culture. In the 1950s and 1960s, the transitions registered as reverberations of a mass counterculture; in later decades, they were expressed in the entrepreneurial ventures of a high-tech screen culture, as televisual information streams became interactive in the personal computer. Often, these currents seemed naive, “feel good,” utopian, primi­tivist, or reactionary when they first appeared on the holodeck of local culture. The engineers, inventors, and authors of this time boldly proposed sets of tools for a new social future, although in retrospect we might say these visions were shortsighted. And subse­quently (after being metabolized by the wider world’s skepticisms), these currents have often found hybrid forms capable of figuring contradictions in global contemporary life. Bay Area artists’ communities rub up against (and are occasionally funded by) the power centers of wealthy risk-takers, disciples of innovation who possess the will to promote social transforma­tion while remaining largely uncritical of (or actively complicit in) military technology and the erosion of civil guarantees of access to resources. This proximity is often quietly tolerated or completely ignored, but it occasionally becomes a potent basis for critique, both of the neoliberal “utopian” solutions on offer and of the dilemmas those solutions are engineered to address.

In a 1985 lecture delivered at San Francisco State University, the scholar and popular intellectual Theodore Roszak outlined a dialectic he claimed was central to countercultural life in the Bay Area: the tension between the Reversionaries and the Technophiles. The Reversionaries—communitarians, eco-logues, and acolytes of the type of individual liberation promoted by certain branches of the Human Potential Movement—believe that “industrialism is the extreme state of a cultural disease that must be cured before it kills us. . . . They look forward to the day when the factories and heavy machinery will be left to molder, and we will have the chance to return to the world of the village, the farm, the hunting camp, the tribe.” In contrast, the Technophiles are those philosophically inclined engineers, designers, and tinkerers who look persistently to the future—what Roszak terms “the climax of the industrial process”—for the liberation of society. They advocate Buckminster Fuller’s utopian design platforms, Norbert Wiener’s concepts of biofeedback and neurocybernetics, Gregory Bateson’s systems theory, and Marshall McLuhan’s idea of the global village enabled by communications technology. According to Roszak, the Technophiles believe in a more or less technical version of Marxist history, in which society must proceed through inevitable stages of techno-elaboration before reaching a state of illuminated transparency and collective insight. Today, we might recognize this in Ray Kurzweil’s idea of the “singularity,” the dream of a benevolent worldwide über-Google of the collective mind.

The poles identified by Roszak—the hippies and the techies—are familiar in the history of the Bay Area’s divergent communities almost to the point of caricature, and he hints in the text at the societal potency of their love/hate relationship. Since 1985, however, it has become apparent that the region’s broader cultural influence was the direct product of various dynamic complicities and tensions between the two. Roszak was formulating these thoughts at a time when there was perhaps the most optimism about the utopian possibilities of the internet. It was the same year that Jaron Lanier founded VPL Research, the first virtual reality company, and that publisher Stewart Brand and tech entrepreneur Larry Brilliant founded the WELL, one of many computerized communica­tions systems burgeoning worldwide. The WELL was the latest in a series of projects that began with Brand’s hugely popular Whole Earth Catalog, which had been synthesizing and promoting speculative philosophies, tools, and practical advice for the back-to-the-land set since the 1960s. One year later, in 1986, Larry Harvey organized the first small Burning Man gathering on Baker Beach, and it quickly became a mecca for the counterculture curious. In this way, Burning Man followed in the footsteps of the Esalen Institute, the Synanon commune, the Midpeninsula Free University, and Est training centers as sites of the Human Potential Movement, although Burning Man put more emphasis on the engineering aspect of the social-engineering strategies (Gestalt, psychodrama) explored by those earlier groups. Burning Man, now the domain of techno-primitivists, is also a prime networking retreat for Silicon Valley power brokers; although this conjunction had been developing for years, working its way into the popular imagination, it received little to no critical notice until about 2001.

Joseph del Pesco is an independent curator and art journalist. He is currently the program director of the Kadist Art Foundation in San Francisco, and he previously worked as a curator for Artists Space in New York. He has curated exhibitions at Yerba Buena Center for the Arts, San Francisco; Galerie Analix, Geneva; the Rooseum, Malmo; Articule, Montreal; the Banff Centre, Alberta; and the Nelson Gallery at the University of California, Davis. He has contributed interviews, reviews, and other texts to Flash Art International, X-TRA, Proximity, Fillip, and Nuke Magazine.

Christian Nagler is a writer, translator, and performer, and his articles and essays have appeared recently in Fillip, Aufgabe, and the book Somatic Engagement (2011). In spring 2012 he was an artist in residence at the Headlands Center for the Arts, Sausalito, where he conducted his ongoing project Market Fitness, an experiment in the pedagogy of global finance. He is working on a novel and a book of essays.