Pop Up: A Tale of Three "Baby"s 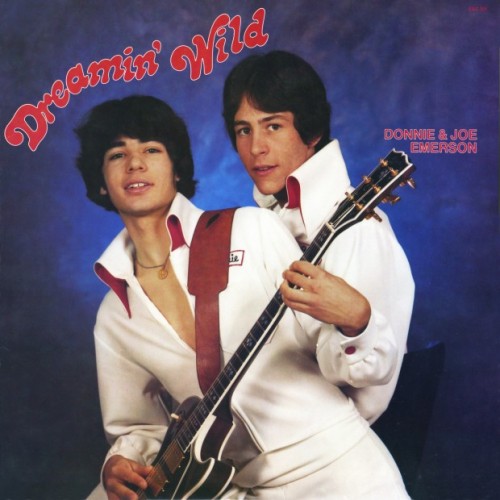 Baby is a pop word, an incantation that has launched many a platinum teen idol to stardom. The limitless palace of popular music is overrun with roaming “baby”s in each wing— screaming ones, cooing ones, babies on fire—but I’m not sure any song, even those that make the word’s maternal connections literal, has mined its meditative romanticism, the way it takes you back, quite like Donnie and Joe Emerson‘s “Baby.” Here, aside from random references to moonlight and sandy beaches, the words around the chorus might as well be sublingual nonsense: It’s all about the bliss of singing “Oh baby” to your beloved. The fact that the people behind this state of rapture are a pair of teen brothers who look like conjoined Evel Knievels only makes it sweeter.

Nevertheless, the best-known version of “Baby” likely belongs to Ariel Pink’s Haunted Graffiti, even if it’s only a bonus track on the group’s new album. (How else to conclude a collection titled Mature Themes than with a song titled “Baby”? ) Pink drafts in fellow L.A. sonic archivist Dam Funk to share vocals on his rendition, an acknowledgement that the Emersons’ guitar pop is as deeply soulful as teenage music can be. Ever reverently referential, he also can’t help but draw a connection to The Flamingos’ 1958 version of “I Only Have Eyes for You,” punctuating the end of each line with a “shh-bop shh-bop” as the song draws to a close. Pink was born one year before the original version of “Baby” was released. He’s a “Baby”-era baby, and the song’s dreaminess and obscurity suit his retrolicious aesthetic (“MTV was my baby-sitter,” he once told music writer and theorist Simon Reynolds) so perfectly that he’s produced a facsimile as much as a cover.

In contrast, Dean Blunt and Inga Copeland’s cover of “Baby” foregrounds the song’s soft, samba-on-‘ludes backbeat, another of its seductive qualities. In the past few years, the realm of indie music in particular has been possessed by multiple strains of dub, as if a new generation of recording artists has decided language and phrasing itself is only interesting or fresh in a state of erasure. The pseudonymous Blunt and Copeland, who’ve previously recorded under the moniker Hype Williams, are at the creative forefront of this tendency, crafting albums in which karaoke-ready pop covers (they’ve also done Sade’s “The Sweetest Taboo”) melt into broader abstract vistas of rhythm and melody. Their abbreviated version of “Baby” is track number two on Black is Beautiful (Hyperdub), their best effort to date and one of this year’s most alluring albums.

Yet ultimately it’s the the Emersons’ original “Baby” that shines supremely. New reissues of obscure private-press recordings have become a major part of what’s left of the record business, almost commonplace acts of panning for artistic if not commercial gold, but Donnie and Joe’s Dreamin’ Wild (Light in the Attic) is a rare instance in which the music is worth more than its weight in 21st-century vinyl. Recorded when the Emerson brothers were teenagers, in a rural Washington state studio built using profits from their family’s logging farm, the album also includes “Dream Full of Dreams,” a preternaturally wise ballad about the dissolution of the same true love that “Baby” so perfectly embodies. “When two people start to think of themselves/ What to say, it’s over,” Donnie cries, at which point, yeah, I’ll admit it, I’ve sobbed once or twice. Baby, baby, baby, baby, here’s a love song—and its flipside—just for you.