Part 1 of a conversation between Vietnam-based curator and Sàn Art Director Zoe Butt and art historian and writer Moira Roth. 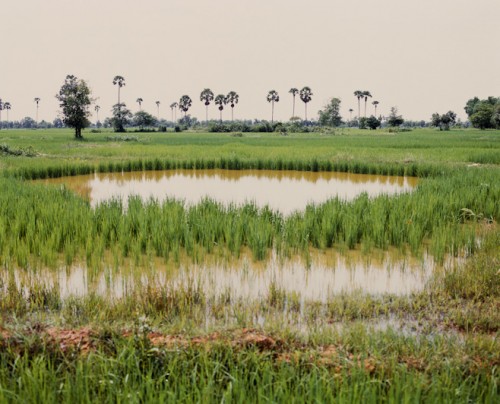 After the pleasure of spending time with you recently in the Bay Area, while you were visiting here, I love it that we will conduct this exchange as you move around the world, from San Francisco to Berlin to Japan and finally back to Vietnam.

By the way, I imagine that you often travel internationally — yes?

May we, while you are in Berlin, briefly begin our exchange about Poetic Politic, the Kadist Art Foundation exhibition that you are curating in San Francisco about Vietnamese and Cambodian artists?

When did you come up with the idea for the exhibition, and what were the circumstances?

How did you choose the artists, and are there certain underlying themes/subjects that run through the exhibition?

Hello from a very chilly and windy Berlin. My skin is crying out for the warmth and humidity of Vietnam!

Yes, I do travel internationally quite a lot, particularly this year, as it seems that there is a growing interest in the contemporary art and curatorial dilemmas of Southeast Asia.

I look forward to our exchange, as I hope it will help to offer awareness of the various issues artists face today in this region.

I came up for the idea of the exhibition Poetic Politic in May 2012 in response to the Kadist Art Foundation’s invitation for me to curate an exhibition for their San Francisco space (the Kadist Art Foundation operates between Paris and San Francisco). They had a particular interest in the socio-political context of Vietnam and asked if I would be interested in putting a show together that engaged relevant issues.

They knew that I had a personal interest in this subject, as I am a Ph.D. candidate at the Centre for Contemporary Art and Politics of the University of New South Wales in Sydney, Australia. They also knew that the artist-initiated, nonprofit contemporary art space and reading room called Sàn Art in Ho Chi Minh City (previously and still fondly referred to by locals as “Saigon”) had numerous times in the past faced difficult circumstances with exhibition license restrictions imposed by the Vietnamese Government’s Ministry of Culture. For example, our Vandy Rattana show, Bomb Ponds, in 2011 (co-organized with Sa Sa Bassac, Phnom Penh) was not granted a license for complicated reasons concerning content; and our educational programming during Open Edit: Mobile Library in 2011 was also met with significant resistance by the local authorities. In this latter project we had wanted to engage a particular poet of the war period to address his unique writing techniques, but cultural officials misunderstood our intentions, thinking we wanted to discuss his previous anti-government stance.

The idea behind Poetic Politic engages the way socio-political messages are embedded in image-making in Vietnam and Cambodia, particularly within two media that are popularly perceived and circulated, namely video and photography.

As a curator, I am continually challenged in my reading of art in these two incredible countries where artists face enormous obstacles in the realization of their practice due to resource limitations and limits on freedom of expression.

In some cases artists are possessed by a fear of authority, and thus their art is not a space in which they consider themselves safe and could be honest with their views — or perhaps it is rather that they do not see their art or themselves as possible political agents (such attitudes are respected, of course!).

Meanwhile there are others who in times of great frustration, anger, or inner turmoil use the space of art as an abstract tool — rich in metaphor with symbolic references that carefully address issues they consider important to their communities.

Firstly, there is a group of artists (NGÔ Đình Trúc, Phunam, Dinh Q. LÊ, KVAY Samnang, and TRẦN Minh Đức) who refer to particular social narratives, be they advertising trends, tourism, or mythological tales, through which to cunningly insinuate a critique of contemporary Vietnam.

Secondly, there is another group of artists (PHAN Quang, UuDam Tran NGUYEN, An-My LÊ, VÕ An Khánh, and VANDY Rattana) who speak directly to the theatre of “war,” be it in process, in aftermath, or in our rehearsed imaginations that marry military surreality with humanitarian mission.

I chose these artists for the ways in which their practice consistently challenges the order of their social fabric.

And now all the best from Berlin’s Mitte area, as I must go off to find that bowl of ramen that I am craving.

I know the Mitte area well (having stayed there several times, beginning in 1981), so I can imagine you wandering through its streets, searching for ramen while you reflect on your fascinating exhibition that will open next month in San Francisco.

Berlin must be an interesting city — it is now almost 25 years since the Berlin Wall fell in 1989 — for you to reflect on these Poetic Politic artists from Vietnam and Cambodia.

As you have been living in Ho Chi Minh City since 2009 (and before that you were the director of international programs for the Long March Project in Beijing for two years (www.longmarchproject.com) I imagine that you met all or most of the eight Poetic Politic Vietnamese artists in person, either in Vietnam or abroad (I note that only two of the exhibition’s artists, Vandy Rattana and Kvay Samnang, are Cambodian).