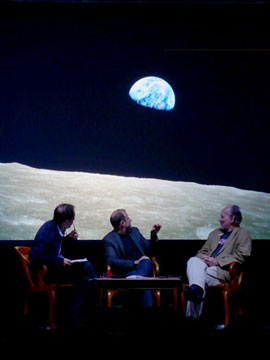 Last night Trevor Paglen, a former SECA award winner, spoke with filmmaker Werner Herzog in New York’s Bryant Park. The event showcased Paglen’s newest project and book, called The Last Pictures which was presented by NYC-based public arts organization Creative Time. The Last Pictures refers to 100 images that Paglen selected to be placed on an “ultra archival” disc that itself will be placed on a satellite set to be put into geosynchronous orbit around the Earth. The theory is that after humans engineer their own nuclear annihilation, create some horrible unstoppable virus that will destroy all of humanity, or otherwise get driven to extinction, the only remnants of humans will be the satellites uselessly orbiting the Earth.

During the talk Paglen speculated that one day far in the future aliens might find the disc and have some sort of artifact of human existence to remember us by. Always mellifluous, Herzog disagreed and said that because of the vast distances aliens would have to travel and the extreme lengths of time it would take to reach Earth — well, the last thing they would be looking for is art. That said, Herzog was otherwise generally supportive and expressed his feeling that Paglen’s work was bringing up a lot of important issues about sustainability and humanity’s longevity — things that all needed to be discussed. He also praised Paglen’s sense of beauty.

Creative Time Chief Curator and former Bay Area resident Nato Thompson introduced the talk, and Pulitzer Prize–winning poet Tracy K. Smith read some of her work. The public conversation was copresented by Creative Time and LIVE from the NYPL.

As I was about to go, members of the Yes Men approached Herzog and vigorously shook his hand. They were all smiles and of course seemingly came out of nowhere. Jacques Servin, among others, chatted him up, and then several trembling, overly excited audience members closed in to get pictures of themselves with the legendary director. 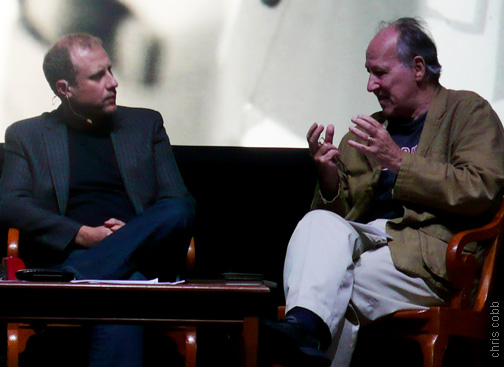 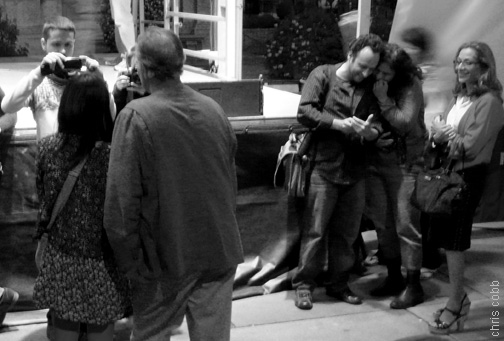