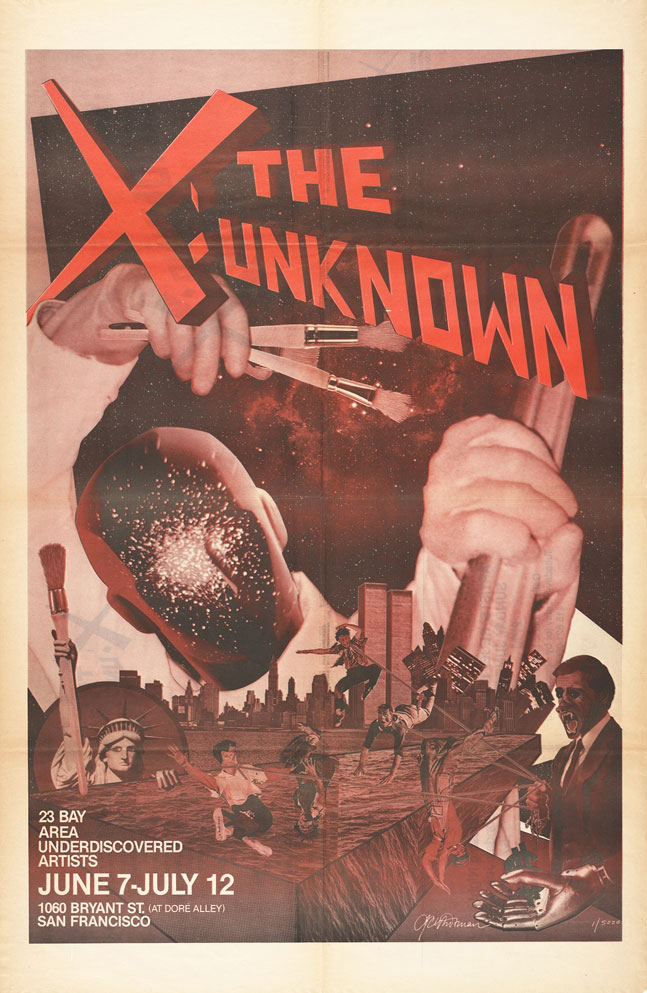 “X:THE UNKNOWN is purposefully being presented concurrently with Introductions, the exhibitions of emerging artists at San Francisco commercial galleries, and the equivalent program in the East Bay, Bay Currents. The works comprising X:THE UNKNOWN provide a powerful aesthetic alternative to the often ‘safely marketable’ selections of unknown artists which have been ‘introduced’ commercially the last two years. The exhibition is also being held concurrently with the annual national convention of the Art Museum Association of America taking place in San Francisco in June. X:THE UNKNOWN gives evidence of the wealth of Bay Area art that remains untapped.” 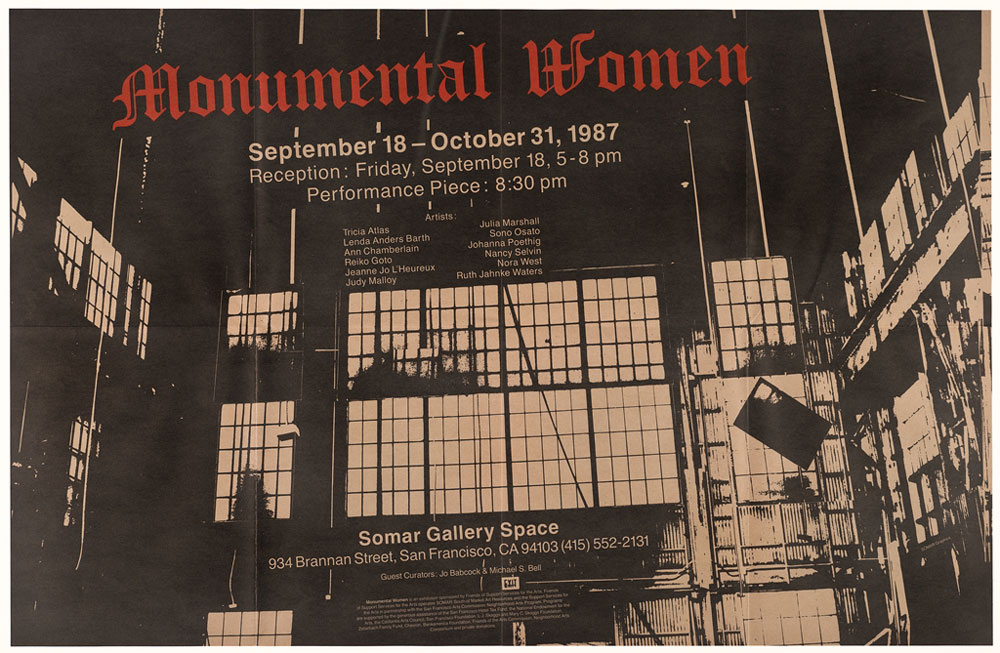 “This show is an attempt to break down stereotypes. We are tired of seeing large scale sculpture exhibitions comprised almost entirely of men.

“So here we are, two men curating a sculpture show representing women artists. It’s controversial; and on first impression some people are hot to criticize. Personally, I feel it is an honor, a pleasure and the type of controversy we need more of.

“When choosing the artists for Monumental Women we tried to stay away from stereotypical categories of ‘women’s art,’ ‘feminism,’ and traditional sculpture. We selected compelling, site-specific artworks; pieces and individuals who could work together.” –Jo Babcock

“This is an exhibition about the use of immense space. Museums and other presenting organizations have been pathetically ignorant about featuring the art of women.

“The theme evolved from whatever was submitted, and the artists developed the exhibition as you see it based on the serendipity of chance operations.” –Michael S. Bell