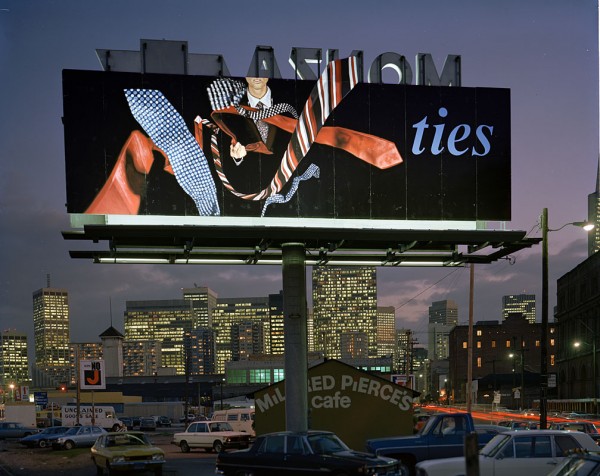 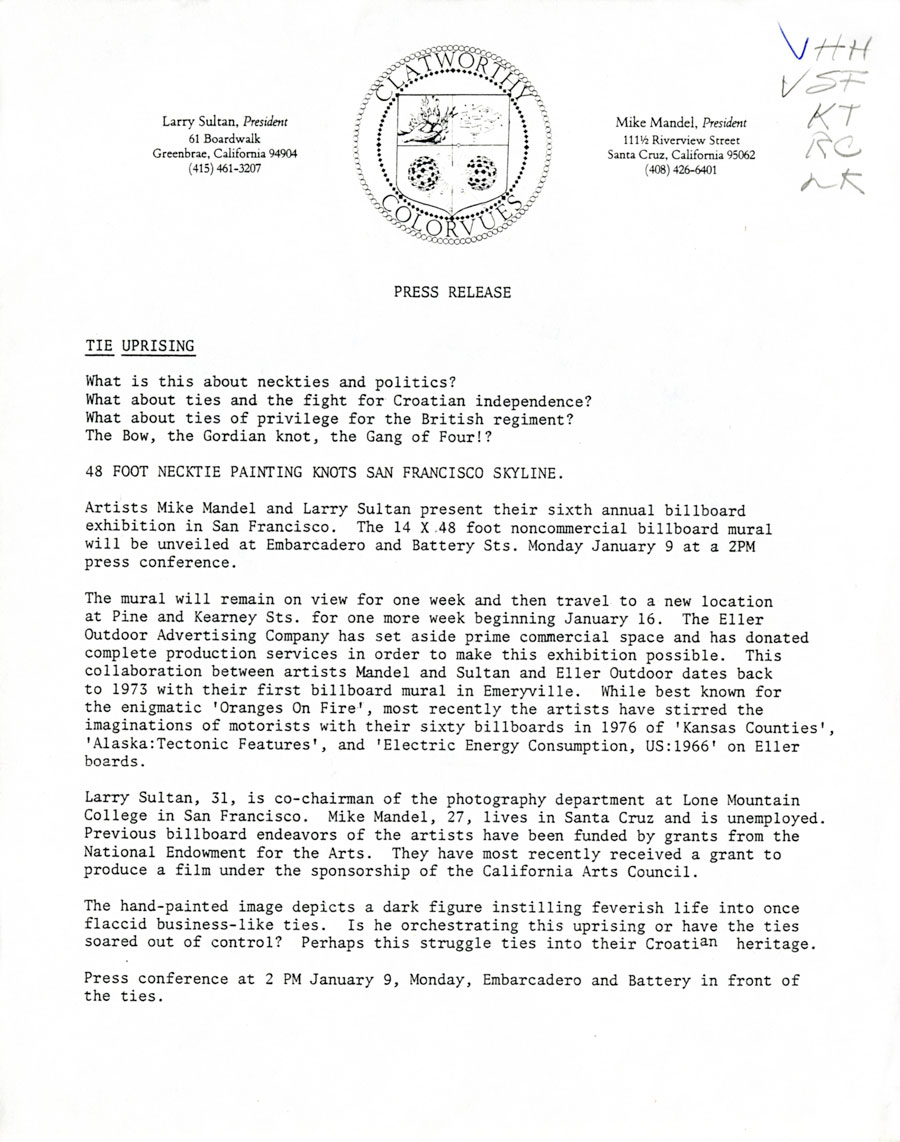 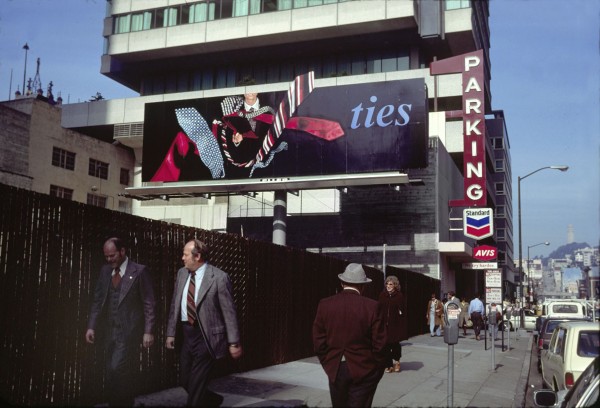 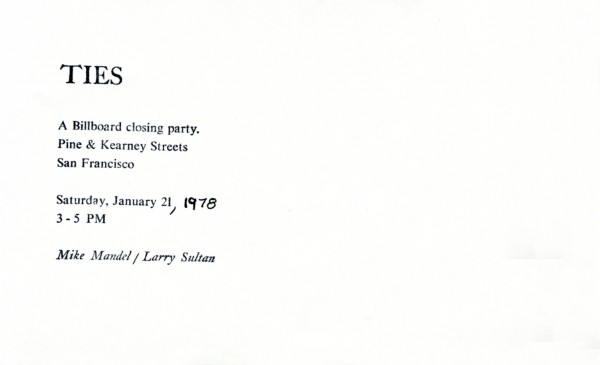 Mike Mandel (b. 1950) and Larry Sultan (1946–2009) began their 30-year collaboration around their shared interest in cultural artifacts and the idea of the billboard. Designing and then documenting their own noncommercial billboards based on photographic studies, they wryly addressed notions of California industry and wealth in the seventies. These public interventions aimed to influence passersby to become more aware of advertising, to stop and consider the projects’ ambiguous information and the context of the location, instead of subconsciously processing it.

The billboards also initially offered the artists control over how their work would be seen—they could put out their ideas and have an impact in the public arena, regardless of whether this new form of activity received the acknowledgment it deserved from the local photo and art communities at the time. Mandel and Sultan also supported one another as associates in the business of self-publishing their photographic work. The year prior to the installation of Ties [1978] in the financial district, they held a groundbreaking exhibition at SFMOMA for their project and book Evidence [1977], based on found photographs they culled from the archives of corporations, government agencies, research laboratories, and police departments. One could argue that Ties parallels a larger uprising or questioning within photography by the mid-1970s, a loosening of the formal tie, as it also gained more public awareness and support in the art market. The academic tradition that had carried a sense of resistance to new ideas, to redefining photography, and to interdisciplinary approaches, was changing. The artistic use of billboards has continued as a widespread and dynamic vehicle for public art and media critique.

Look out next month for the new book Larry Sultan & Mike Mandel, surveying the complete documentation of their artistic collaboration, including 12 billboard projects [1973-1990]. 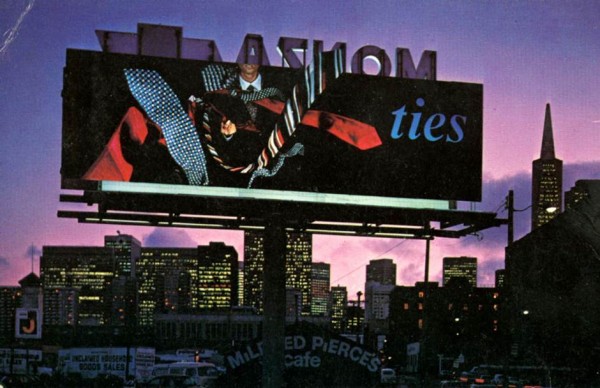