Some pictures from walking around Manhattan last week. 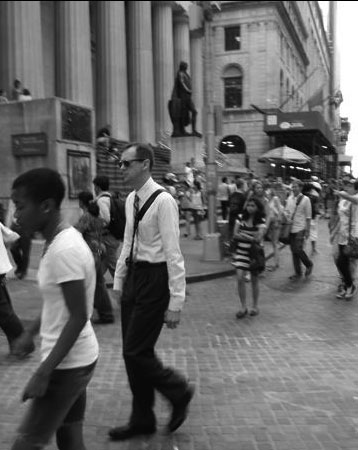 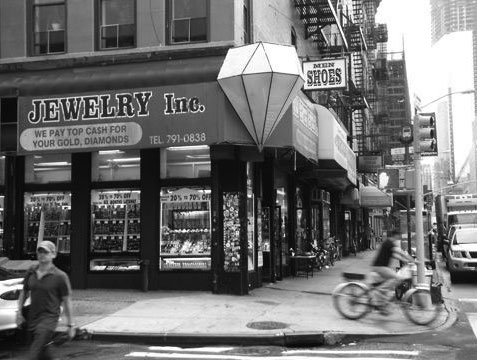 Jewelery Inc., on Church Street near Ground Zero. Stores in New York that sell diamonds often have a large plastic or metal diamond mounted on their awning. July, 2012. 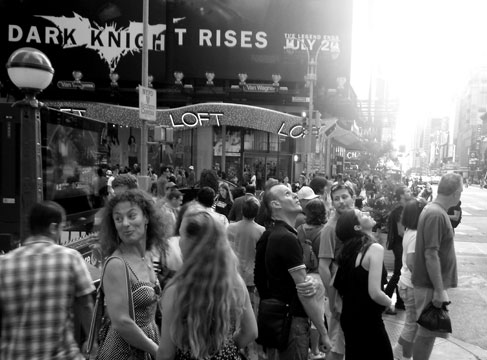 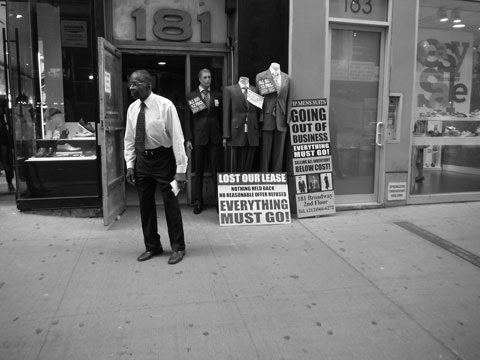 An elderly suit salesman pausing after trying to hand out fliers on Broadway. July, 2012. 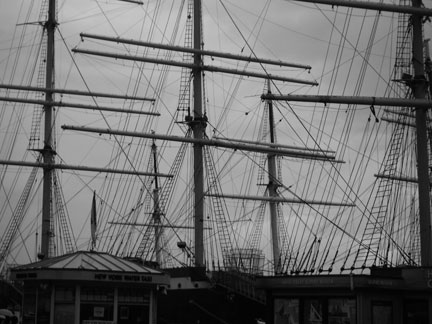 Tall ships are still docked along the South Street Seaport, just as they were 200 years ago. July, 2012. 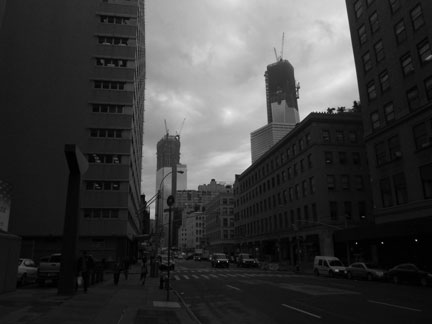 You can see the rebuilding of ground zero from all over Manhattan. Here the two towers are already rising high above everything near them. July, 2012.