Life in the Archives 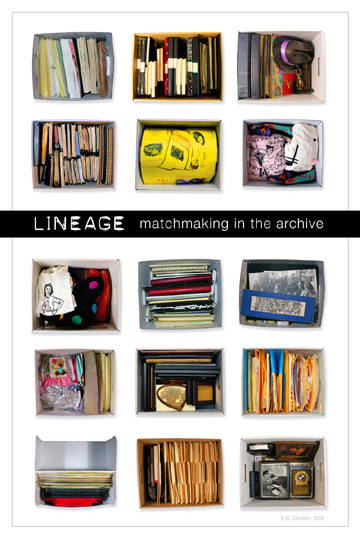 E. G. Crichton, Poster for Lineage: Matchmaking in the Archive

More than a repository of objects or texts, the archive is the process of selecting, ordering, and preserving the past — in short, making history. Artists, scholars, and activists have been rethinking the politics of what archives preserve (thus, what constitutes cultural memory). A growing list of exhibitions, conferences, panels, seminars, and publications give play to archival practices. The most interesting initiatives, I think, depart from the premise that archives constitute that which they purport to document (that archives are, in a word, performative). This avenue of approach opens onto questions about how archives shape or reshape belief systems and power structures. What do unauthorized, shadow, or dissident archives look like and how do they operate? How do we engage with archives critically, as representational forms? Can we imagine archival practices that exercise poetic license to make the invisible visible, render the unthinkable intelligible, and articulate the unspeakable?

These questions animate the work of E. G. Crichton, artist-in-residence at the Gay, Lesbian, Bisexual, Transexual Historical Society of San Francisco. Crichton confesses that she has always been “a sucker” for archival mysteries and has found “the visual evidence of a person’s life uniquely compelling.” This artist’s work suggests that archives (and the mysterious objects they preserve) resonate with particular poignancy in outlaw cultures and communities — queer communities, in this case. Quite ordinary things that people usually throw away or overlook may create, for queers, empathic links to enigmatic pasts. A matchbook, a softball mitt, a bow tie, or feather boa may shed light on the queer past’s obscure terrain.

Crichton describes herself as a “matchmaker.” She introduces living artists to queer precursors whose effects are housed in the archives. These “matches” engender the creation of all manner of artifacts, paintings, photographs, installations, performances, videos, poetry, scholarship, and music. Through these creative engagements, transhistorical bonds of affection and affinity form. Crichton sees these connections as “a kind of lineage, one that resides outside bloodlines and marriage contracts and often outside identity boundaries.” The artist has made twenty-six matches to date — some across geographical as well as well as temporal frontiers. For each matched pair, she creates a formal portrait. 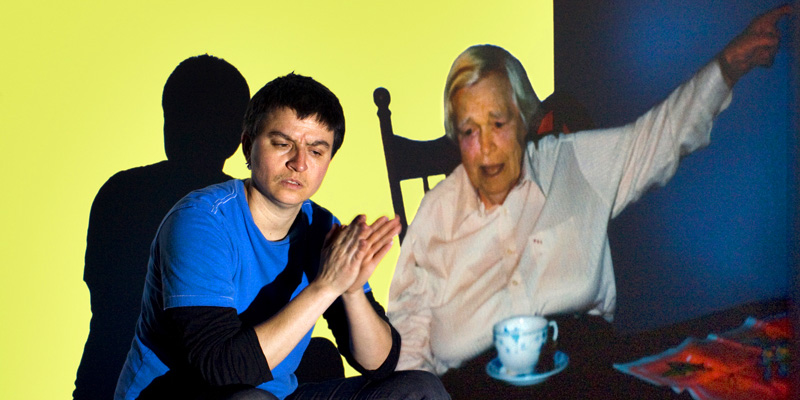 She was just an everyday person, no fame or extraordinariness. She was a box of contradictions, closeted and cantankerous. I wonder if she would want to be in the archive at all? —Terry Berlier 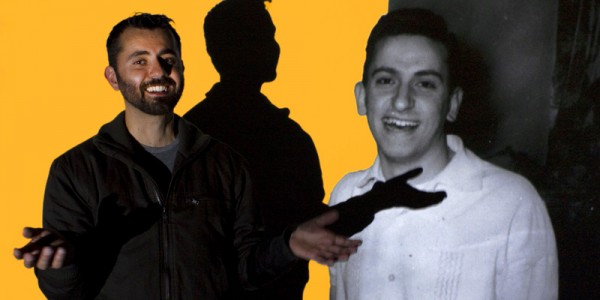 I was drawn to Guy Duca’s archive because of his family albums. The photographs of his childhood reminded me of my own photographs as a gay boy.  —Jamil Hellu 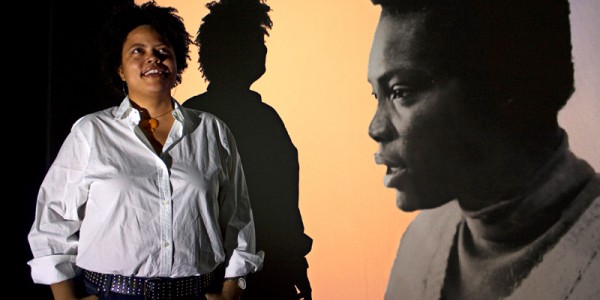 Pat is the long lost favorite Aunt I never met. She is my rock star, longed for and better left in myth. —Elissa Perry 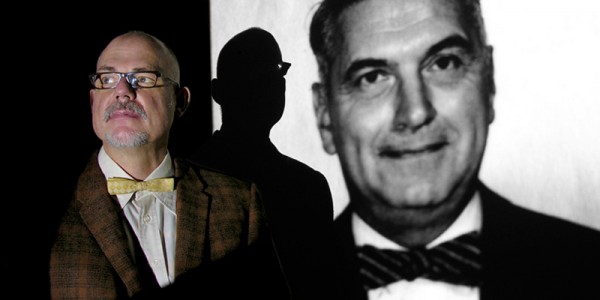 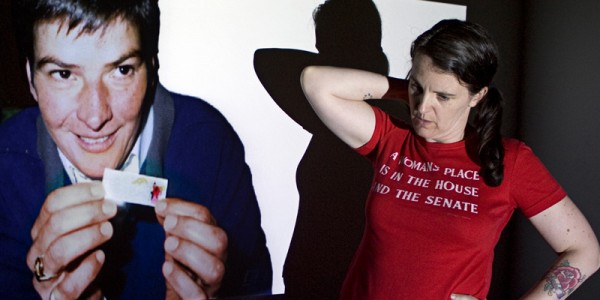 Jo, I have been told that you were vivacious, loved a good argument, and had a laugh that could call down the goddess. I have no doubt. —Tammy Rae Carland 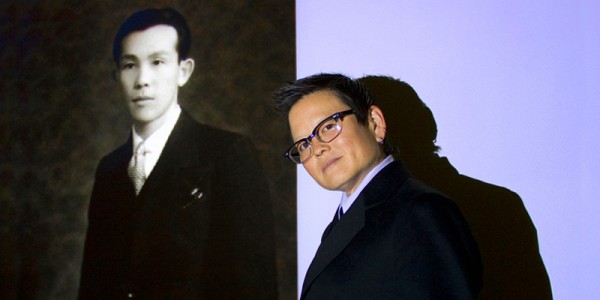 Queer theorist Ann Cvetkovich observes that, for queers, the “‘archive fever’ catalyzed by the silencing, neglect, and stigmatization of queer histories is a particularly powerful force, echoing the ferocity and perversity of queer sexual desire. Queer archives,”  Cvetkovich affirms, “are often ‘archives of feeling.’” This is doubly so: queer archival practices are not only propelled by strong feelings, they also aim to preserve the residue of historically suppressed sentiments.

Sentimental suppression, for many of Crichton’s archival subjects, is the overdetermined consequence of several discriminatory forces. Take Tina Takemoto‘s match, Jiro Onuma, who lived the life of a gay bachelor and dandy in San Francisco until he was incarcerated in the Japanese American Internment Camp at Topaz, Utah, in 1942. Takemoto, after studying the contents of Onuma’s archival box and conducting collateral research, created a “Gay Bachelor’s Japanese American Internment Survival Kit.” She threw her match a lifeline from a queerer, if no less xenophobic, future. 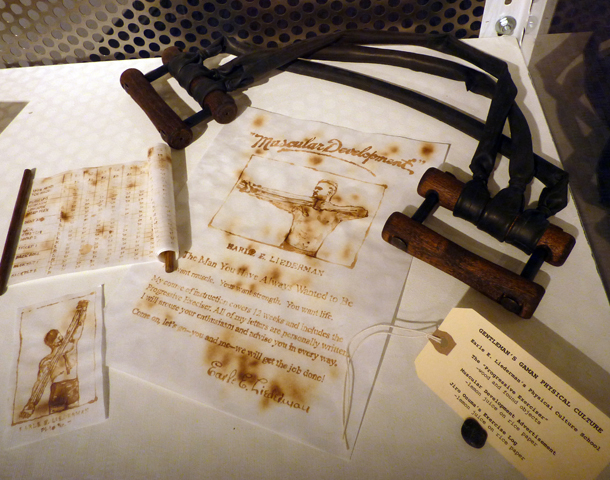 “I grew up hearing family stories about the Japanese American Internment Camps,” Takemoto, a fourth-generation Japanese American, explains, “but no one ever mentioned the gay and lesbian experience of imprisonment … I try to imagine how Jiro survived the isolation, boredom, humiliation, and heteronormativity of internment as a dandyish gay bachelor obsessed with erotic male physical culture magazines. From Onuma’s archive, I discovered that he enrolled in Earle Liederman’s 12-week correspondence Physical Culture School program. Was Onuma receiving letters from Liederman and following this program in camp as a way to keep his queer imaginary alive?” Takemoto would be the first to admit that Onuma’s bachelor memorabilia has enlivened her own queer imagination.

Takemoto’s archival muse inspired the creation of a performance piece, in which the artist incarnates Onuma, and then a film, Looking For Jiro. The film premiered at MIX 24: New York Queer Experimental Film Festival last fall. By “looking for Jiro,” and interpreting clues of his queer Japanese American history, Takemoto sets Onuma free from archival internment. 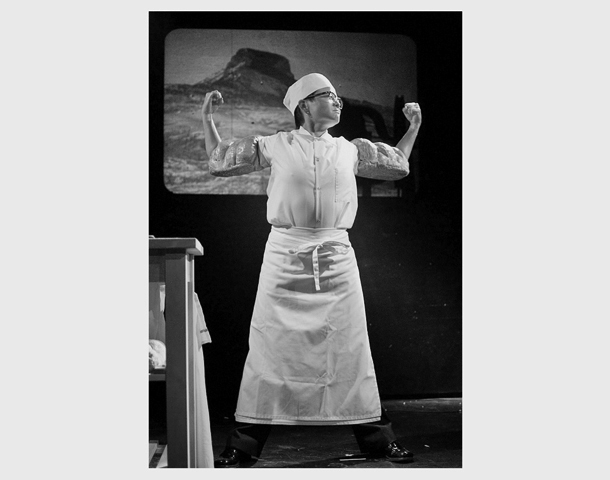 This is exactly what E. G. Crichton has in mind. She wants what’s in the archives to come out and the ghosts that haunt our queer memories to circulate freely among us. In galleries, cultural centers, lunchrooms, and libraries on four continents, Crichton has staged exhibitions and presentations featuring her archival collaborations with the living and the dead. She was recently awarded an Alternative Exposure grant by Southern Exposure gallery to finance “roving archives”: the installation of archival displays in storefront windows all over San Francisco. Meanwhile, Crichton’s expanding population of “matches” follow their own artistic itineraries. This constellation of enterprises, with Crichton at its generative center, trains creative focus on people who are underrepresented in official archives and histories — queers, women, people of color — while bringing their stories back to life.