Out of the Studios, Into the Streets: Artists Represent at General Strike

On this past Wednesday, November 2nd, Oakland continued its historical legacy by organizing the first General Strike in the United States since 1946 — the last one was also in Oakland. Fifty thousand people (or more) took to the streets and participated in many of the workshops, break-out groups, and strike blocs as part of the Occupy Wall Street movement and in defense of a city under attack by its police force and mayor. Solidarity marches were held in cities throughout the country, banks were closed in Oakland, the port was shut down, children marched in their own brigade, Angela Davis addressed the crowd, and among these thousands were artists and cultural workers. 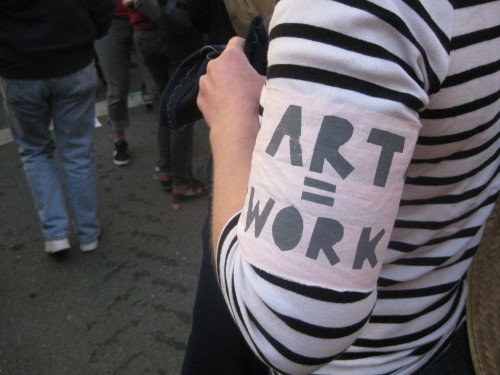 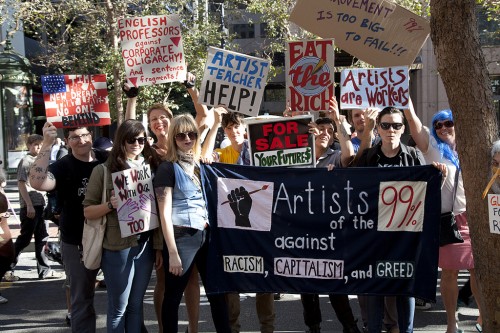 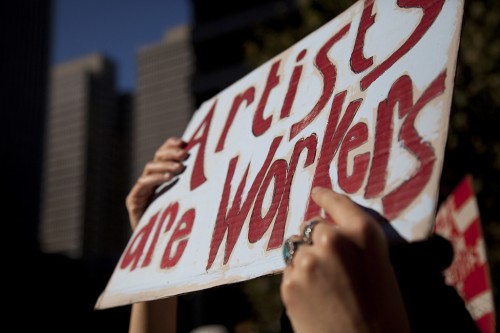 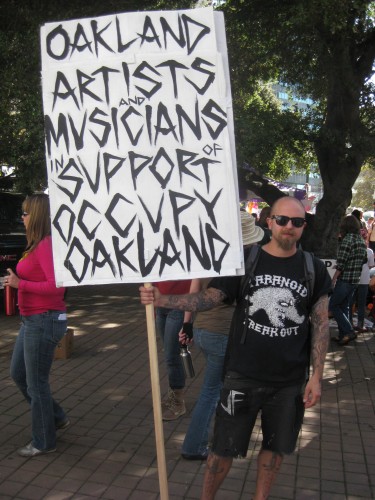 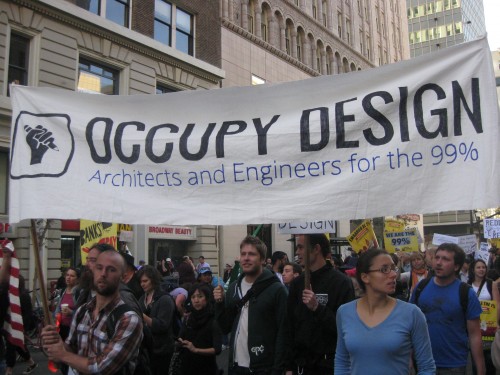