Five questions to SFMOMA artists, staff, or guests. Today I spoke with Ann Magnuson, artist, singer, performer extraordinaire. She will be performing a David Bowie– and Jobriath-inspired piece, The Rock Star as Witch Doctor, Myth Maker, and Ritual Sacrifice, on Thursday as part of Now Playing. 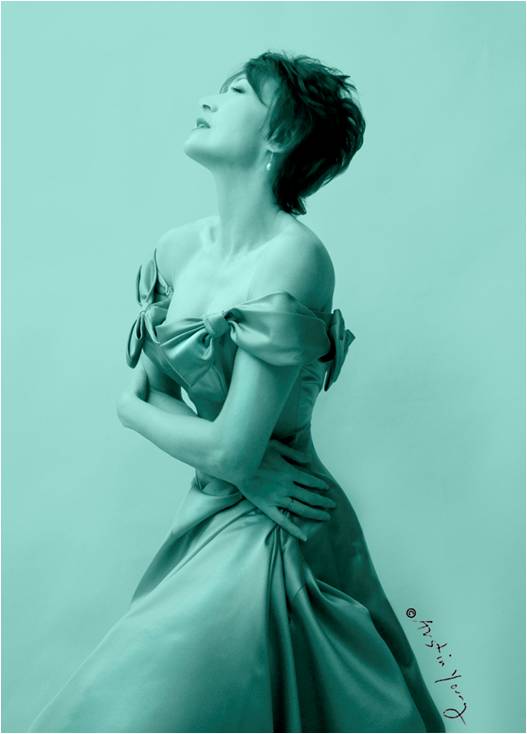 What would I find in your refrigerator right now?

The most incredible organic eggs from Landers, which is this little desert town just north of Joshua Tree. There is a lady there who feeds her chickens all organic vegetables, and she nurtures them quite lovingly. She does something magical to them because they are the best eggs I’ve ever had! Also: Black olives. Greek yogurt. Soy milk. Coconut milk. Red leaf lettuce. Flax seeds. Yes, I’m one of those health food hippie freaks.

Well, I’d have to say either of my parents or my brother, all of whom are deceased. I miss them all so much! Of historical figures, I’d have to choose Isadora Duncan. There is only a snippet of film of her dancing. It’s so short, grainy, impossible to get anything from it. I’ve read volumes about her and so desperately want to see her dance! Plus, I’d love an afternoon of dancing lessons.

Who was the last person to leave you a voicemail?

Doris, one of my dad’s good pals from West Virginia who now lives full-time in Florida. I keep in touch with several of my parents’ good friends, the ones still left alive. It not only brings them back to life for me, but I cherish the friendships I have with older people. They possess the kind of wisdom that only experience can give, that our culture, shamefully, devalues more and more.

Oh yes. When I was struggling in the East Village during the first “great” recession in the late ’70s and early ’80s I was constantly running out. That’s what happens when you reject the 9-to-5 world. You give up financial security for freedom from authority figures. But it’s very hard to sustain. Poverty is easier to accept when you are young and don’t give two thoughts to practical issues like health insurance. I am proud to say that I only borrowed money once, from Kenny Scharf, who gave me what I needed to cover the rent one month. (He had just started to get a lot of success with his paintings at the time.) I never asked my family for any. Thankfully, my rent back then was only $150 a month. I know, impossible to imagine rents in NYC that low now! I’ve always been intensely frugal. When I really needed money I’d get a bartending gig or temp job on Wall Street (which I HATED!) or, preferably, book a show or event at one of the clubs like Danceteria that would actually pay. When I started getting “real” work as an actress in movies and TV I was able to build up a prudent reserve that I try to maintain. But making a living as an artist during this second great recession is very challenging. That’s why getting a gig on TV or in movies is so important, as it is those jobs that fund my performance-art habit. And THOSE jobs are very few these days. The competition is ferocious. I’m glad I learned frugality at an early age. I think the only way to survive as an artist — now or then — is to keep the overhead low. And that helps keep your passions high.

Q-tips! Is that a tool? They are invaluable for applying makeup.

Earplugs! Are they a tool? I never leave home without them. You never know when a good night’s sleep is going to be interrupted by noise! In NYC it’s the traffic, in Joshua Tree it’s the multitude of quail living in the trees behind our house. They make SUCH a ruckus at sunrise! Also, quite necessary on airplanes.

And if none of those are technically “tools,” what about scissors? You gotta have a trusty pair of scissors at your crafts table or it’s tough going indeed!

It’s hard to sum up Ann Magnuson. She has done just about everything from running Club 57 in New York’s East Village to starring in TV and movies to fronting bands to performing one-woman shows to writing. I encourage a read of her Wikipedia page and her artist’s site. Ann performs this Thursday at Now Playing, an evening that also includes a screening of Ziggy Stardust and Spiders-from-Mars-inspired ice cream sundaes on the rooftop.