Five questions to SFMOMA artists, staff, or guests. Today we hear from Dominic Angerame, a filmmaker and the executive director of Canyon Cinema. Tonight Dominic is joined by filmmaker and Canyon Cinema cofounder Bruce Baillie for a screening of his film Quick Billy in the museum’s Wattis Theater. 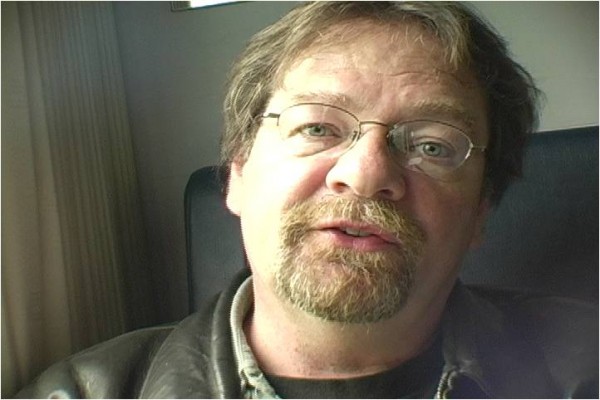 I am a collector of many things. Mostly books and music. When I like an author I have to purchase almost all their books. I have more than 400 Colin Wilson books and just about all of Patti Smith‘s work signed. I also collect stamps, and also quite a bit of dust.

If you could spend an afternoon with anyone, living or dead, who would it be and why?

I wish I could spend an afternoon with a woman I met in the cemetery in Buffalo, New York, in the late ’60s. I was walking around, since it is a beautiful place. I had taken LSD earlier and was enjoying the fresh air. A car stopped, and a woman walked out. She was with a group of people who drove away without her. We spent the entire afternoon until sunset walking and talking as if we had know each other forever. Just as suddenly as she appeared, she disappeared into the same car that had just driven up to take her home.

If you weren’t a filmmaker and the executive director of Canyon Cinema, what would your gig be?

I would probably be retired from the Chicago Transit Authority after conducting El Trains around the city all day for 25 years.

My favorite tool is the movie camera because with it I am allowed to create new worlds of imagery that only can exist in that unique, unpredictable way, not like in the digital realm. I am always excited to see developed film and realize that many images captured come straight from the subconscious and not necessarily from the right side of my brain. The computer is a great tool for communication; however, it is not for me in the creative realm.

I guess you should be asking me about the future of celluloid cinema, and the acceleration of the destruction of many of our current viable technologies.

Canyon Cinema is one of the only major distributors for experimental and avant-garde films in the country; tonight’s screening celebrates its 50th anniversary. For more on the screening, please see Brecht Andersch’s Open Space article here, and for tickets, click here.