The exhibition The More Things Change samples SFMOMA’s collection to present a range of works made since 2000, offering a selective survey of the art of the last 10 years and a thematic and psychological portrait of the decade. The exhibition is also an unusual collaboration among all five curatorial departments at the museum, and over the course of the year, Open Space presents texts from each of the 10 curators.

What are the “things” in the phrase “the more things change”? In the old adage, the word may mean anything or everything, but in the context of this exhibition, it also makes reference to actual things: the works in the museum’s collection.

The 20th century saw a remarkable evolution in industrial design because of advancements in manufacturing that enabled mass production. Since more objects were machine-made, there was also a shift from an appreciation of artistic skill to an emphasis on concept. Marcel Duchamp changed the course of art history when he displayed an upside-down urinal in an art gallery and called it a sculpture. This act of displacement also resonated in the industrial design and furniture fields. A design object can now be a filter through which to view contemporary culture. 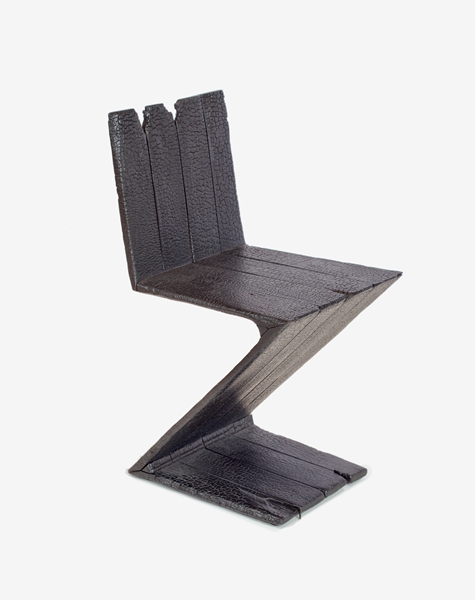 In 1979 designer and writer George Nelson wrote, “the importance of the object stems from the fact that it is the most pervasive force in the modern world.” Three recent works by Maarten Baas, Tom Price, and Tobias Wong, on view in The More Things Change, expand on Nelson’s statement. While other works in the exhibition, such as Tauba Auerbach’s Alphabetized Bible (2006), contend with the historical past by recalling an era when the word was heftier than the object, the works by Baas, Price, and Wong consider the role of the modern object in the recent past. They challenge iconic mid-20th-century works in a manner that is both incendiary and flattering.

Where There’s Smoke Zig Zag Chair (Rietveld) (2004), by Dutch designer Baas, is a torched version of Gerrit Rietveld’s Zig-Zag Chair, which was designed in 1934. Constructed from four planes of wood, the Zig-Zag Chair is a prime example of the Dutch De Stijl movement, which called for a return to fundamental elements in art in design, such as straight lines and planes, right angles, and primary colors. In his Meltdown chairs, including Cable Tie and PVC Hose (both 2008), British designer Price embeds the shape of an Eames armchair — emblematic of post–World War II mass-produced modern American furniture — into a mass of plastics typically used for a range of everyday functions. Canadian Wong poured concrete into a glass Savoy vase designed by Finnish architect Alvar Aalto in 1937 for a World’s Fair exhibition titled Art and Technology in Modern Life. After the vase mold is destroyed, the concrete cast in the same sinuous shape becomes Wong’s Doorstop (2003). 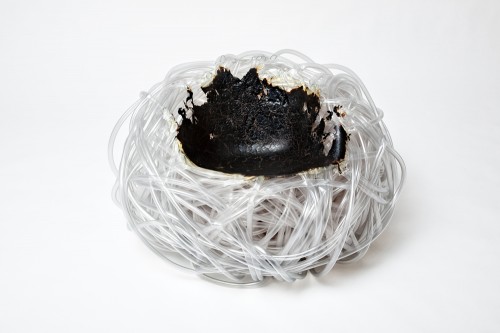 In each of these works, an iconic modern design object was not just reinterpreted, but damaged or destroyed — burned, melted, or smashed. The designs by Rietveld, Eames, and Aalto are all in current production (the Savoy vase is currently one of Finland’s top exports), and all have been widely imitated. While the originals still hold high value and critical acclaim, the proliferating new (authorized and unauthorized) versions have less worth commercially, a fact that is not lost on Baas, Price, or Wong.

The technology that made it possible to mass produce quality design at affordable prices in the 1950s was so efficient that it contributed to the creation of a disposable culture. Charles and Ray Eames were at the forefront of the American wave calling for “good design for all”; their molded fiberglass (now plastic), all-purpose, multicolored chairs were so reasonably priced and practical that one could have a few in each room. In hindsight, even Charles Eames recognized that this approach to production lacked restraint. In 1971 he wrote, “The scary fact is that many of our dreams have come true. We wanted a more efficient technology, and we got pesticides in the soil. We wanted cars and television sets and appliances, and each of us thought he was the only one wanting that. Our dreams have come true at the expense of Lake Michigan. That doesn’t mean that the dreams were all wrong. It means that there was an error somewhere in the wish, and we have to fix it.” 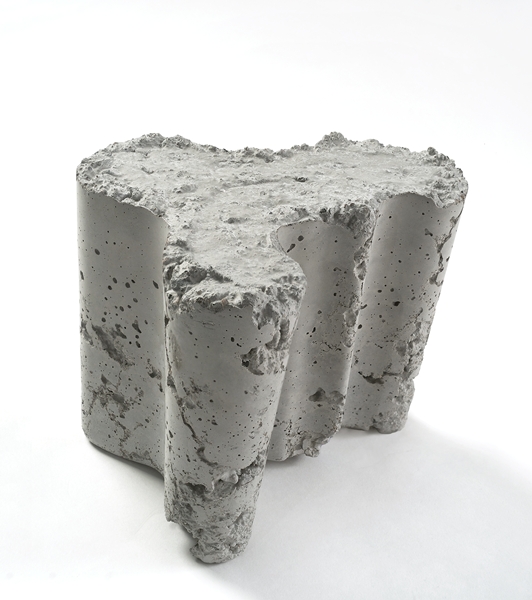 It makes sense that contemporary designers would look back with admiration at the spirit and intention of a period of design that was so widely adopted by consumers. At the same time, they also detect something fickle in that consumption. The works by Baas, Price, and Wong suggest a critical perspective on the progress and regress brought about by mass-produced objects. This closer look might signal a cyclical end to an object-obsessed era.

Recently there has been some talk of entering a Post-Object period in art and design. Similar to the Conceptual art movement of the 1970s that spoke of dematerializing the art object, this newer approach to objects makes a physical original irrelevant. Post-Object works are images of objects that may or may not have actually been fabricated. The viewer could use the image as a blueprint if realization of the work were necessary, but the piece can also exist solely as an image. It is no longer news that an artist may or may not create art with his or her own hands, or that a museum may collect a set of instructions in order to create a work of art for temporary display. Meanwhile, as digital technology becomes more ubiquitous, images of objects proliferate.

The three works discussed here mark a change. By creating unique or very-limited-edition works collected by museums, which post images of collections on their websites, the designers have found a new way to engage with the public. Museums amass, maintain, and contextualize the physical works in exhibitions, which can be seen by a large audience, but the images of the works can reach an even larger audience online. Visitors to many museum websites can now curate their own virtual art collections and share them online. The popularity of this connoisseurship without ownership suggests a shift in priorities: the work’s concept, or idea, supersedes its objecthood.

Jennifer Dunlop Fletcher is assistant curator of architecture and design at SFMOMA.

The More Things Change is on view on through October 16, 2011. Excerpts from these statements by curators will appear in the galleries at various points during the exhibition.