The desire to capture something in a photograph before it changes or disappears is as old as photography itself. Since the very origins of the medium, photographers have documented fleeting aspects of people, places, and things to preserve them for posterity. Many writers have attributed the prevalence of this memorializing urge to fears we all share: of change, loss, and ultimately, death. As photographs often outlive their subjects, they offer an uncanny sort of immortality to the people and things they depict, which is no doubt key to the medium’s perennial appeal. 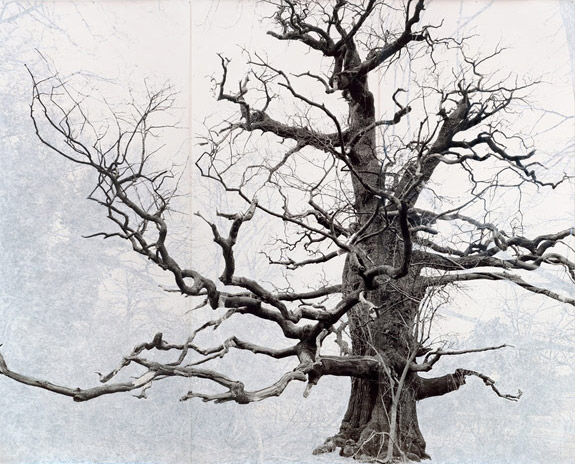 In recognition of the peculiar kind of afterlife that photographs provide, commercial portrait studios in the 19th century encouraged customers to “secure the shadow, ere the substance fade.” Although the practice and technology of photography has been transformed in many ways since those days, the desire to record and preserve transient things in pictures has not waned. If anything, it has proliferated, encouraged by the ease of storing digital files and sharing them on social media sites like Flickr and Facebook. As it was in the 19th century, photography remains deeply implicated in the production of personal and collective memory in the digital era.

Considering the centrality of photography to contemporary culture, it is not surprising that it continues to be a vital tool for artists. The photographs featured over the course of The More Things Change are just a sample of the stylistically and conceptually diverse work that has been produced with the medium since 2000. Some follow in a long documentary tradition, recording people, places, and cultural practices on the cusp of transformation or oblivion. Others evince a more conceptual bent, investigating the nature of photography itself.

When the other curators of this exhibition and I began to assess what the museum had acquired between 2000 and 2010, I was excited to discover that the painting and sculpture department had collected a number of works that either used or were informed by photography, and black-and-white photography at that. Not surprisingly, many deal in some way with the twinned themes of memory and history that photographs tend to elicit. 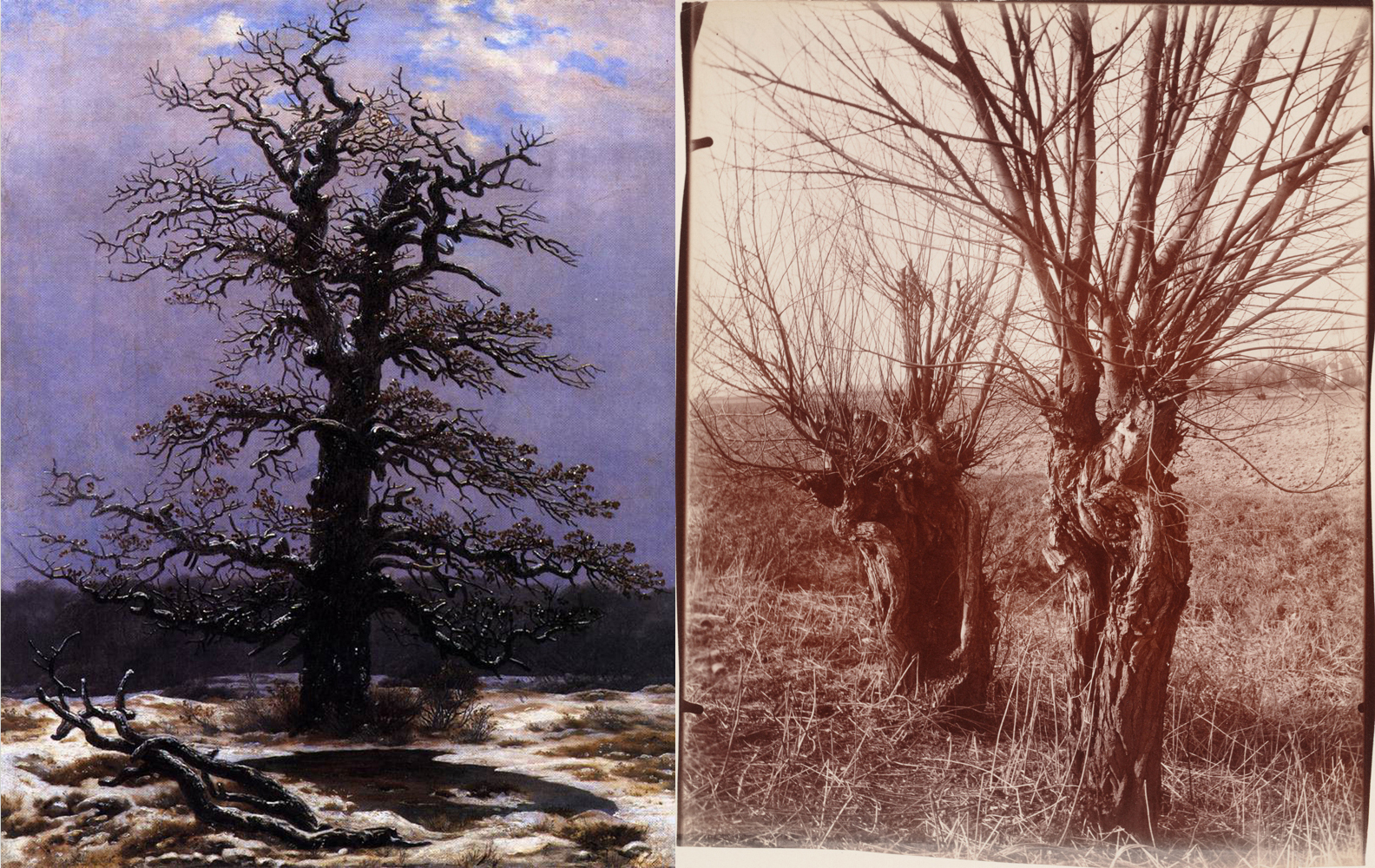 Tacita Dean’s mournful Beauty, which is composed of three large-scale gelatin silver prints that have been partially masked off with white paint, is at once about the sublimity of nature and the nature of memory. By muting the tangle of brush that makes up the background, Dean creates the illusion that the central tree has emerged out of obscurity, like a memory surfacing from the cloudy recesses of the mind. The piece suggests that what we remember is generally not the entire picture, but an isolated fragment cut from the denser fabric of the past.

This dramatic piece reminds me of the photographs of bare, pruned trees made by Eugène Atget in his native Paris at the turn of the 20th century. It also evokes the heavily symbolic work of the German romantic painter Caspar David Friedrich, for whom gnarled and gestural trees served as memento mori, reminders of the cycle of life and death.

Fascinated by the elusiveness and unreliability of memory, Matt Saunders creates layered and dreamlike compositions evoking the murkiness of the remembered past. To create this effect, Saunders uses cliché verre, a photographic process in which sketches made on glass, film, or other transparent substrates serve as negatives. A technique with a storied history extending back to the 19th century, cliché verre has been used by artists as diverse as Camille Corot, Man Ray, and Pablo Picasso. Saunders uses it to create a sense of depth and filmic movement, and to make his photographs look like stills taken from a heavily degraded old film. 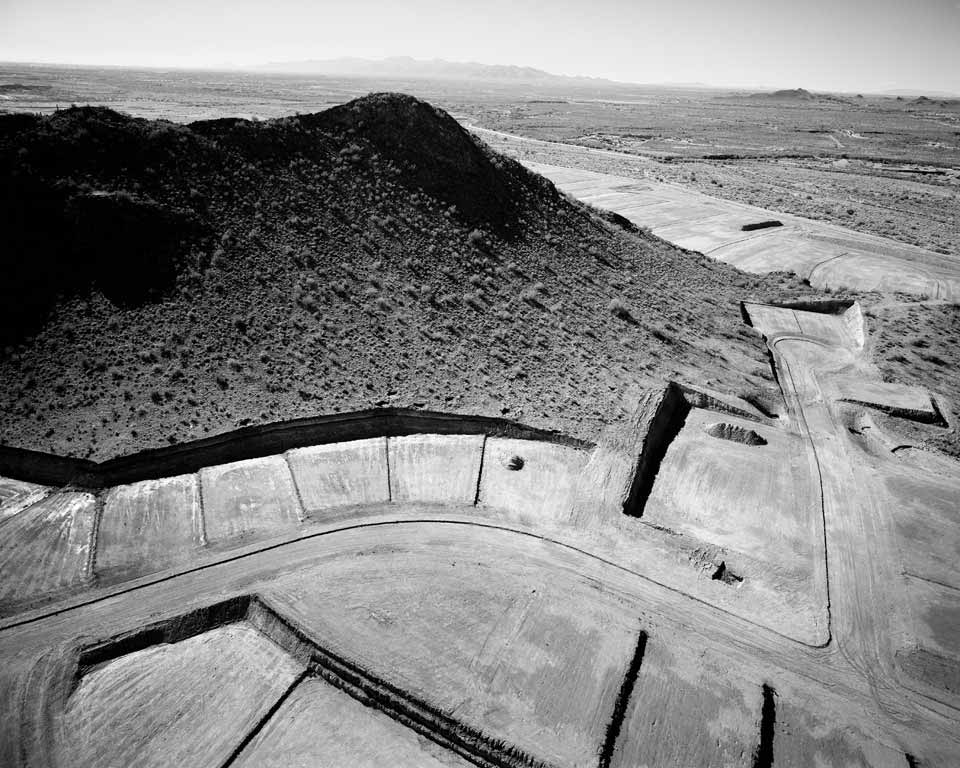 Just as these artists fruitfully incorporate photography into their mixed-media practices, many of the photographers whose work is included in the exhibition have found inspiration outside of their chosen medium. Such is the case with Michael Light, whose work is informed as much by the history of Western landscape photography as it is by Conceptualism and Minimalism. I see in his work echoes of Michael Heizer’s earthworks, as well as of Timothy O’Sullivan’s sere landscapes of the West. Like Dean and Saunders, Light is also concerned with memory and history — particularly with the erasure of both that is often the result of development.

Working across curatorial departments for this exhibition has allowed us to bring together diverse objects from across SFMOMA’s collection, revealing affinities that might otherwise have gone unnoticed. The relationship among the works that I’ve described here is only one example of the kind of unexpected and thought-provoking synergies The More Things Change has generated.

Erin O’Toole is assistant curator of photography at SFMOMA. The More Things Change is on view on through October 16, 2011. Excerpts from these statements by curators will appear in the galleries at various points during the exhibition.