Max Weber famously distinguished, in Theory of Social and Economic Organization, between “charismatic” and “institutional” forms of authority. Navigating these tendencies is among the salient challenges of working as a curator in a large museum. One’s own inspiration and convictions come to bear, alongside those of collaborators and colleagues, within a system designed to ascertain results through careful planning. In this context, a successful exhibition aims to balance the charismatic and the bureaucratic, moving slowly and methodically toward the realization of a compelling, timely idea.

That said, some projects veer, perhaps inevitably, to one side or the other. Tobias Wong — my last exhibition (along with ParaDesign) at SFMOMA, both produced in collaboration with assistant curators Jennifer Dunlop Fletcher and Joseph Becker — definitely slid toward the charismatic, perhaps inordinately so and definitely for good reason.

Tobias Wong was a conceptual artist and designer who staged interventions in the world of contemporary design until his death, at age 35, in May 2010. His interventions took many forms, including objects he made, objects he modified, installations, performances, and events; all coalesced around a single project: exposing design’s complicity with dominant cultural values. Tobi was able to articulate this condition concisely, playfully, and with a sophisticated ambivalence, expressing both desire and suspicion for the glorious excess of consumer culture and, especially, the allure of luxury goods. 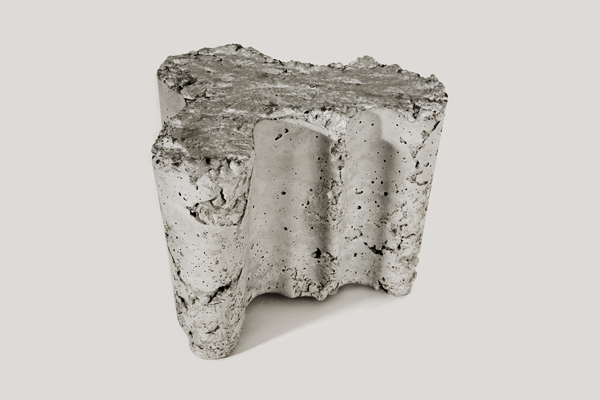 I never met Tobi, though I knew he was aware of my work and admired it, both when I had a gallery in New York and, later, when I became a curator at SFMOMA. I, in turn, followed and marveled at his work from afar. I felt privileged when I was able to bring a number of his works into the museum’s permanent collection, including his gold-plated coke spoons and swizzle stick (produced in collaboration with Ju$t Another Rich Kid) and his iconoclastic, weirdly functional door stop, made of concrete cast from an Aalto vase. Still, I will always regret my failure, one Saturday afternoon in New York, to reshuffle my day and meet Tobi (something our common friend, Josée, had been trying to arrange for a while). Not everything, it turns out, can be deferred, and so it is said: ars longa, vita brevis.

Tobi’s exhibition took shape suddenly, without anything remotely like the usual advance planning. Immediately after the opening of How Wine Became Modern: Design + Wine 1976 to Now, our small Architecture and Design department had to produce another exhibition, opening just 10 weeks later, that would mark our return to the second-floor galleries after the yearlong 75th anniversary show. We had a modest budget, no time, and clear signals from parts of the institution that, charged with managerial and systemic concerns, advised against improvisation. 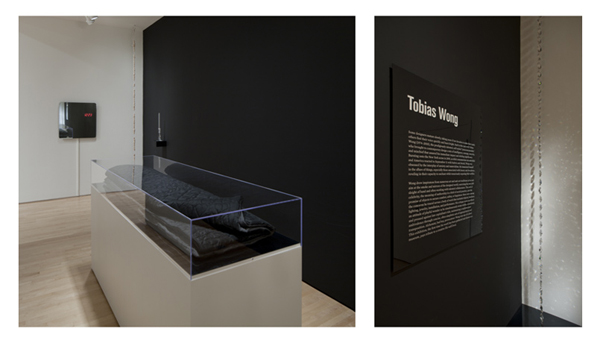 We thought we were on solid ground when we landed on ParaDesign, a permanent collection show focusing on works that are not quite design but, rather, can be understood as about, around, against, and ancillary to design. Relatively easy to plan and produce, the exhibition would nonetheless gain charisma and heft by offering a new way of understanding an important, little-known aspect of the A + D collection: works that can be seen to mirror and critically reflect upon more traditional and professional modes of design. Upping the ante a bit, we committed, as part of our ongoing effort to treat the gallery itself as a spatial or architectural project, to an exhibition design that communicated the “para” concept by placing objects on subtly reflective surfaces and treating all of the works as an ensemble, allowing the curatorial frame, the concept of “para-,” to precede a more traditional, object-based approach.
We searched the collection for works to exhibit, and Tobi’s emerged as top priority, among the most “para” in the land. In a flash of sudden insight, we realized we had a unique opportunity to develop something more substantial, the first comprehensive museum show of Tobi’s work, just a few months after his passing … and only six weeks before the opening. We considered several options, including a concentration of Tobias Wong within ParaDesign, and a distinct, small show within the larger exhibition. Each approach raised different issues for installation design and fabrication, graphic design, marketing and press communications, and even elevator signage. Ultimately we arrived at the idea of a separate show, Tobias Wong, adjacent and complementary to ParaDesign.
What happened then bordered on madness, a kind of charisma run amok, at least according to standards of museum management. With the aid of Josée and Aric, another mutual friend, we were able to identify works to borrow (many of which have since joined the collection as gifts). But this wasn’t as easy as it sounds: Tobi’s archive was a mess, with many questions left unanswered, and Jennifer became something of a forensics expert as she hunted down, indefatigably, works that were undocumented, scattered, hidden, not yet produced, and just about everything else you don’t wish for. Joseph, in turn, took on the challenge of designing an exhibition whose checklist couldn’t be finalized until a few days before the opening. 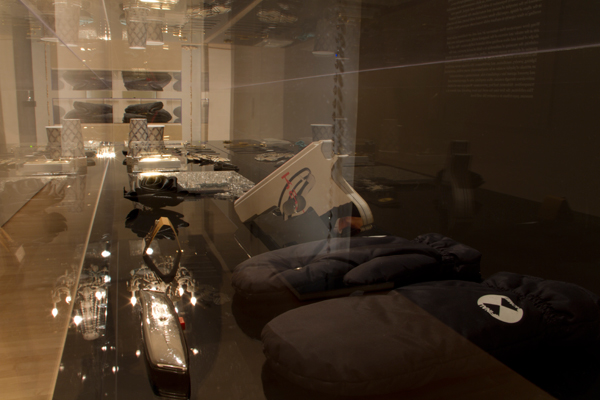 Impossibly accelerated, the exhibition was driven by the conviction that Tobi deserved his due and that we were uniquely positioned to do it here and now. We wanted to bring his work together and his genius to light, and to do so in a way that would capture the enigmatic nature of what he made. Unable to mount a proper retrospective, we ended up creating a shrine, a space in which to discover and meditate upon the life and work of a great mind and a brilliant maker.

Charismatic? Absolutely. But perhaps something more than that: this project was an act of love. It was fueled by loss and regret and admiration — an obstinate, urgent commitment to honor and sustain. In museum galleries, the charismatic and bureaucratic will, ideally, find homeostasis or at least a delicate balance. But not always. Doesn’t love, after all, owe more to madness than reason?