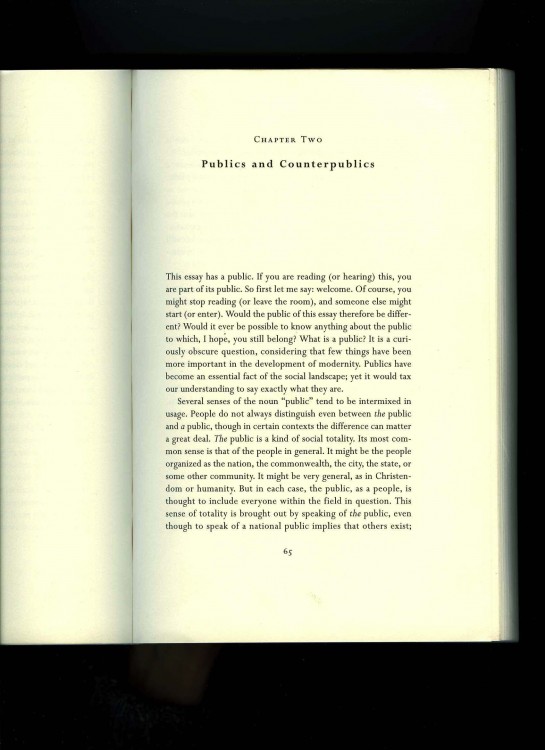 I am interested in how we can use random stimuli to inspire thought and synthesize notions that might otherwise never come together. I’ve always understood the I Ching that way: it merely enables us to gather our thoughts in reaction to its pithy, suggestive text. I used to know some poets who for a time tried writing while having several radios playing different stations, so that words could be plucked from the air until they made a text. It’s just another solution to the blank page dilemma. So after noting that many people left files on the desktop of a public computer I use, I thought it might be fun to see what I could come up with if I opened those forgotten documents. The first one I opened was a pdf of an article, the first page of which is the image above.

San Francisco artist Rigo made some memorable artwork when he had his mom embroider replicas of lost pet ads he found on the street. They combined the traditions of craft with quotidian melodrama and the poignancy of the lost and discarded ephemera of our lives. 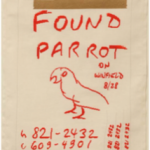 The page of text at the top of this blog was painstakingly scanned by someone who must’ve been researching issues in public art. It makes me think of the San Francisco campaign in favor of public art a few years ago in opposition to anti-art exploitative journalism coming from the Chronicle and elsewhere; buttons were distributed, black letters on red background, saying, I AM THE PUBLIC. I found the writer of the book at the top of the page with a couple minutes research; he is Michael Warner, a leading queer theorist but also a Habermas scholar. I guess he is here talking about how the public sphere has been compromised from a theorized pure democratic information exchange between citizens around the time of the industrial revolution to one corrupted today by the injection of commodity exchange into the free trade of information. I wonder if the Rigo piece in this formulation is based on a form of pure information exchange distributed on the street, then turned by an artist into an aesthetic object which then also finds itself part of commodity exchange. Poor Rigo, just trying to celebrate the beauty of vernacular design, caught up through chance in a Habermasian critique. 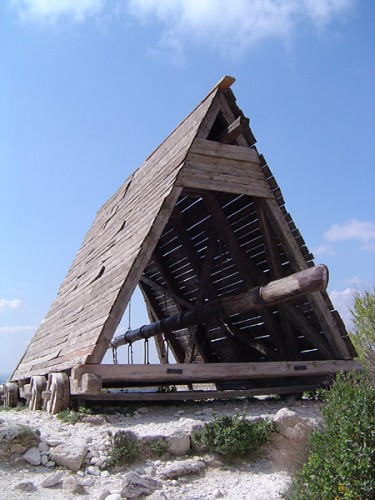 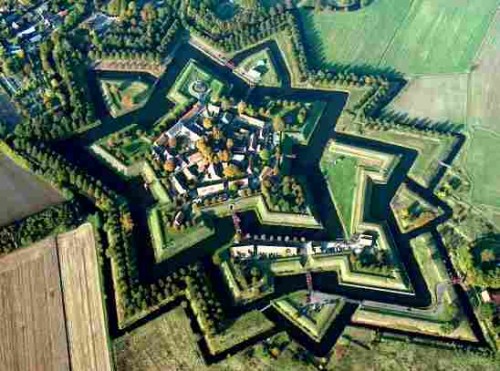 Someone was apparently researching medieval fortifications and weaponry and left their findings on the computer. Perhaps not: maybe they were researching how the built environment reiterates the natural world. While the phallus in the barn is merely hilarious, the superimposed fortresses remind me of the most transformative lecture I attended in my youth. It was at CCAC in the early ’70s when a scientist showed 100 slides illustrating the prevalence of the five-sided polygon (pentagon) in nature. It was my first thrilling intimation that there are multiple worlds hidden behind every world we inhabit. 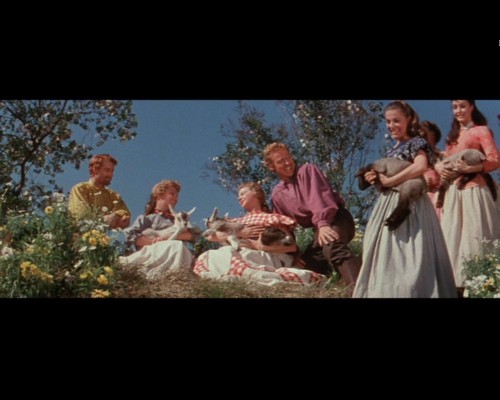 I had a friend from junior high school, Jan, who after college became a nomad living by his wits, legally and illegally. At one point I got a note from him that he had been cast as an extra in the Lee Marvin movie musical of Paint Your Wagon because Jan’s persona was like a 19th-century mountain man, and the film was being made on location in the NW somewhere. He’s now an immigration attorney. Paint Your Wagon was a huge flop that looked just like this film still someone left on a desktop, a fifties movie set pretending to be outdoors, overly vivid Technicolor, romanticized vision of nature and animals and men and women, everyone pretty and happy and positive and white. In my head I juxtapose this image with any of Kara Walker’s depictions of the same 19th-century America, rife with cruel sex, violence, shit and blood, and even exploited animals.

The throughline that emerges is, duh, culture and nature. How I chose to see these randomly acquired images reflects how we make stories; I’ve written elsewhere about how we see the zodiac in the stars, or impose rhythms on the regular beat of a clock. It’s also about how what we do — whether in commerce, vying over public space, talking to each other, depicting our societies — is haunted by our animal selves as part of nature both in the visual forms we make and the subject matter and metaphors we choose.

And stepping back, it’s how ideas are synthesized for at least this writer, and I suspect, how art is made much of the time for most of us.