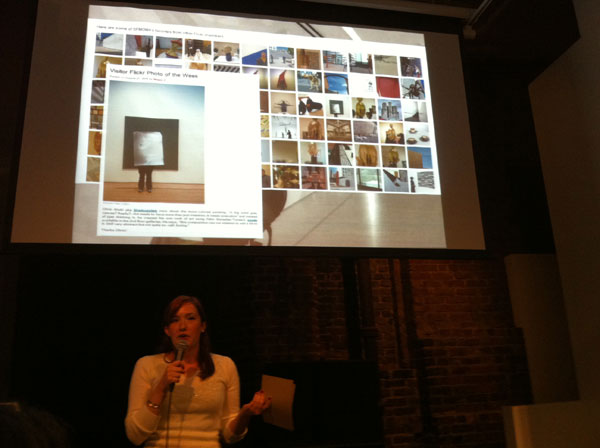 The Flickr universe just got a little smaller.  Back in August I posted a Flickr Pic of the Week by Chris Gruhl, a.k.a Shadowgolem.  I loved Chris’s image and associated text because he took an artwork he didn’t particularly appreciate and he used his creativity to make it more to his liking: 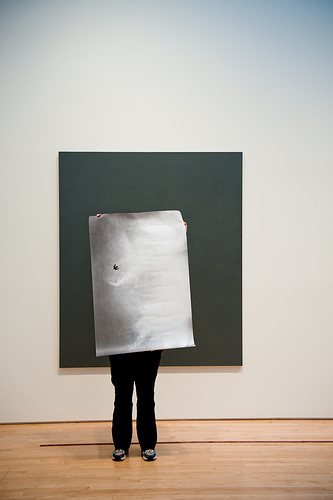 By Chris Gruhl aka Shadowgolem

Anne Bast, SFMOMA’s intellectual property associate, gave a talk in September at a San Francisco salon about participation in museums. That’s when Steve Rhodes, ever-present Bay Area photographer, snapped today’s Flickr Pic of the Week (at top). Anne’s talk centered on visitor participation in the galleries and online, and she used Chris’s picture to help illustrate it.

Chris saw Steve’s picture on Flickr, commented, and then posted another one, more remix: 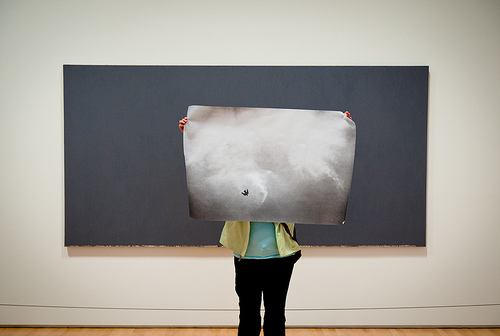 Another “remix” by Chris Gruhl aka Shadowgolem

And now the whole story is back on Open Space. Enjoy.

Thanks Chris, Anne, and Steve!

We choose the Flickr pictures of the week from anything tagged “SFMOMA”. You tag too!