In “I Dreamt I Was A Nymphomaniac,” Kathy Acker somewhat wryly describes the art world as “the bohemia of finances.” Still, questions of money and capital in the art world transpire. Occasionally during my tenure as blogger at OPEN SPACE, I will post discussions with local artists and curators about the economics of their practice. I’ll begin today with an e-mail conversation with local curator and gallerist Jessica Silverman. 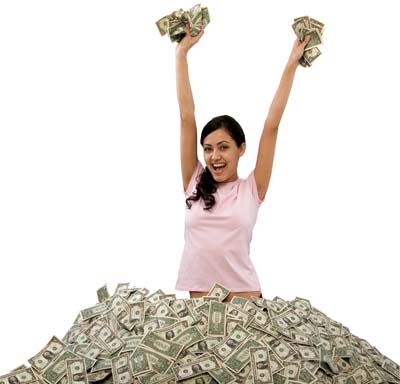 More of it, more problems (Jessica Silverman is not depicted in this photo BTW)

Brandon Brown: I think a nice place to start, actually, is to ask you to describe your practice in the broadest terms for OPEN SPACE readers.  If you would, or as much as you feel comfortable sharing, would you describe how owning a gallery and curating works there are financially viable. Are you “earning a living” at this? Is that a useful standard for you personally?

Jessica Silverman: I am the owner of Silverman Gallery in San Francisco.  That role entails a number of jobs that I constantly move between, these include (but are definitely not limited to): dealer, director, curator, writer, and installer (and sometimes delivery girl).  ‘Art dealer’ perhaps best describes what I do on a day to day basis; however, I come from a curatorial background, and this has largely been the driving force behind the gallery for the past 4 years, giving our programming depth, as sense of adventure and a consistent point of view/creative vision.  I have been very fortunate and the gallery is technically my “day job,” which I do approach like any young business that wants to continue to expand and grow. But the gallery is also the culmination of my long-term relationship with art; it’s a big nexus of artists, curators, writers, and other creative’s who converge there. So I couldn’t imagine myself doing anything else. 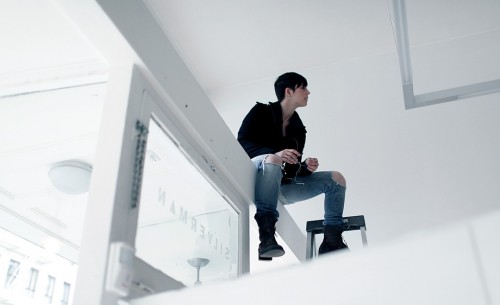 BB: In a conversation with Zachary Royer Scholz (as an upcoming part of this series), he draws attention to the “ironic fact” that artists, gallerists, and curators are not primarily concerned with accumulating riches, actually they are often committed to opposing the brutalities of contemporary finance capital, and yet the thriving art market which purports to hold everything together is populated by these very capitalists. How does this reality impact your work as a curator? Is that impact distinguishable from the everyday responsibility of facilitating a gallery space?

JS: I think that Scholz brings up an interesting point, and it is a conversation that comes up repeatedly.  I think it certainly makes a difference in terms of what type of space you are running: an artist run space, a non profit, a private museum, etc.  For myself, I can only speak to my place as a commercial gallerist.  Certainly, my relationship to my artists is determined by my relationship their practice—and nothing else. However, once we work together, I do feel a responsibility to that practice; and I think that is best served by my approaching what I do as a business. The artists I that I represent rely and trust in my abilities to create a space that allows them to continue to do what they love, what I love: make work.  Coming out of a curatorial practice program there is both a gap and complement between curating and running a gallery.  While I thoroughly enjoy working directly with each artist and organizing each exhibition in the space, running a business brings my focus to other areas such as building a collector base, sales, promotion and press, curatorial support and much more.  The reality is that when you love what you do you want to make sure it is sustainable and therefore you dedicate your time to the areas that ensure this.

BB: For the most part, readings and performances in the Bay Area writing scene happen at either institutionally-protected venues or at houses and other kinds of very off-the-radar spaces. Because there is no real market involvement, metrics for curators become a little bit ambiguous in my experience. For instance, do you determine a successful performance  as one which had a huge audience, or one which adhered closely to a curator’s idea? Is this at all a similar frame for young, contemporary curators in more conventionally “visual art” circles? Does this have any bearing on your practice at Silverman Gallery and otherwise?

JS: I personally love performance – seeing it, supporting it and reading about it.  I think “success” is difficult to measure, and I think historically that is one of the key aspects of performance: to trouble such distinctions.  One of my favorite artists is Tris Vonna-Michell and a performance called ‘hahn/huhn’ where the viewer is accompanied by an egg timer that determines the length of each session.  This is a performance that can accommodate a group of people but for the artist and viewer is most successful one on one.  Therefore I do not think the audience can measures success.   Performance should not be measured by the context a curator puts it in.  In fact I think a performance is most successful when it adheres to its own rules.  One such example of this that I look forward to seeing is “Winning the Water: A Public Performance by Pawel Kruk.” This is a performance in which the artist will enter the water at Alcatraz (9 AM) and swim to Aquatic Park accompanied by local band Coconut. The piece begins with research then a press release and invites the public to gather at Aquatic Park to view and experience.  The gallery takes similar steps – we acknowledge the audience, as Kruk does and invites them but a great show, like a great performance does not rely on them.