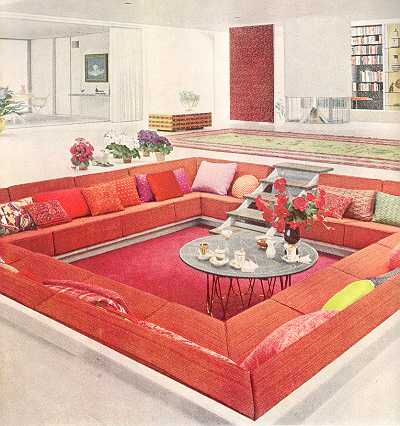 Open Space is a lively  online forum for critical and personal writings about art, visual culture, and issues specific to the Bay Area. In the same spirit, we collaborate with local artists, writers, and others to organize real-time discussions on occasional Thursdays each season. All programs start at 7pm in the Koret Visitor Education Center on the second floor, and are free with museum admission.

(For the series of posts on SHOP TALK, and to join the discussion, go here.)

Open Space and the online journal Art Practical collaborate on a three-part series of conversations highlighting the many ways artists evaluate and attempt to re-structure market conditions to accommodate, support, or help distribute the less-tangible, but socially necessary, conceptual, aesthetic and critical capacities of their work. Utilizing artist Stephanie Syjuco’s collaborative project Shadowshop, currently on view as part of The More Things Change, as a jumping-off point, Shop Talk will ask us to consider the survival strategies that artists develop and adopt to gain recognition and financial viability.

As joint presenters of Shop Talk, Art Practical and Open Space share the belief that a critical dialogue about artistic production can itself be productive. The Shop Talk dialogue will additionally unfold across both platforms, in the form of blog posts and feature articles, responding to and suggesting alternative perspectives to those raised in the three evenings of discussion.

The first conversation, on March 24, will be a town-hall style forum that hopes to elicit a broad spectrum of positions on the ways artists approach the “production, consumption, and dissemination of their work,” and how a general public encounters artist projects that address or reflect larger social questions about economy and autonomy. The second conversation, on April 14, will home in on the most prevailing concerns raised in the first. The third conversation, on May 12, will be a brainstorming session, in which attendees are encouraged to consider the possible models for autonomy in these tough economic times. Please join us!

Moderated by Suzanne Stein and Lea Feinstein, a Bay Area artist and writer who regularly contributes to Art Practical and ARTnews. In 2005-06 she was the chief art critic for SFWeekly.

Megan Brian is the education and public programs coordinator at SFMOMA, and the project manager for Shadowshop. She’s woven the project through the complex fabric of the institution, while working closely with Stephanie to implement and maintain the piece.

Amanda Hughen is a San Francisco artist who has exhibited her work internationally. She has been an artist-in-residence at the DeYoung Museum of Art (CA), the Headlands Center for the Arts (CA), Oxbow (CA), and Yaddo(NY). She created the collaborative Sweat Equity & Co. for Shadowshop.

On this first evening, we’ll be talking about art writing in the Bay Area, and especially the forms of writing, critical and otherwise, that museums allow and deny. What forms of speech and writing can the museum can promote and tolerate in good faith? In what ways can or should a museum be a platform for language arts? How can or should SFMOMA, and Open Space, support, add to or expand the proliferation of art discourse, critical and personal, here in the Bay Area?

September 30: The Brain in Her Arms: Octopus in Space. Artist Jessica Tully hosts: With Richard Ross, biologist for the Steinhart Aquarium at the California Academy of Sciences, and environmental activist Adam Werbach.

Join us as we activate the path of a giant octopus in the Koret Visitor Education Center. The Brain in Her Ams: Octopus in Space is a discursive, participatory salon game that unpacks possible practical applications of jet propulsion, hyper-flexibility, and clairvoyance in the human realm.

Technology is evolving more quickly than ever. The planet can’t sustain our consuming ways anymore. We’re still in a deep economic recession. And 40,000 design students are graduating every year across the country. Is a new golden age of creativity upon us? Or is it the end of design as we know it? (Or both?) Many are touting design as the primary catalyst towards meaningful societal change, but will we all just be designing mobile apps in 5 years instead? And what about the rest of us who still just want to make cool posters?

Designer, design educator, and Open Space contributor Eric Heiman, has assembled five designers/design teams to address these issues in “Pecha Kucha” format—20 slides, 20 seconds each, 400 seconds total—and then moderate a discussion between them. Master of ceremonies and resident MC for the evening Melina Jones, will be introducing each guest’s credentials with a freestyle rap performance of her own composition.

Del Pesco hosts Fillip magazine’s Podesva and Khonsary, who will discuss their new pamphlet series within the context of Fillip’s magazine and publication projects. Discussing the specificity of the series and the broader philosophy behind the form and function of the pamphlet, they will explore its singular and peculiar form of impassioned criticism to initiate conversations, which are “unbound.” In the spirit of the propagandist’s pamphlet, each will adopt the role of pamphleteer to present on current and urgent topics in contemporary art. In particular, they will examine the power of distribution and self-publishing in the circulation of contemporary art discourse as well as the rise of institutional practices by artists as a means of sidestepping limitations imposed by the state and the market.

Art historian Julian Myers and curator Joanna Szupinska host a discussion on “Riot Show,” Myers’ sound and video archive of live concert recordings in which audience members intervene in performances, forcing their premature end. They will play excerpts from the collection, which includes recordings from concerts by Suicide, Public Image Limited, Guns N’ Roses, and more.

The conversation will include cinema theorist and anthropologist Tarek El Haik, art and media historian Erica Levin, artist and cultural anthropologist Fiamma Montezemolo, and curators Xiaoyu Weng and Sharon Lerner, and will reflect on politics, music, bootlegs, the bit-crushed aesthetics of digital media, the culture of spectacle, the apparatus of amplification, the drama of crowds, and the strange, compelling things that happen when someone in the audience at a concert pulls a plug or throws a bottle.

See Julian’s essay, Riot Show: Some Notes on the Archive, online at Fillip.