If you haven’t yet seen Shanghai-based artist Zhang Huan’s monumental new public sculpture, “Three Heads, Six Arms,” it is now on display at San Francisco’s Civic Center and is well worth a look. The piece will be on display through 2011.

(Shanghai is one of our 17  sister cities, not including Paris which, in what we believe must be a paean to non gender-specific, long-term civil/civic relationships, is characterized as a “partner city.” But we digress). 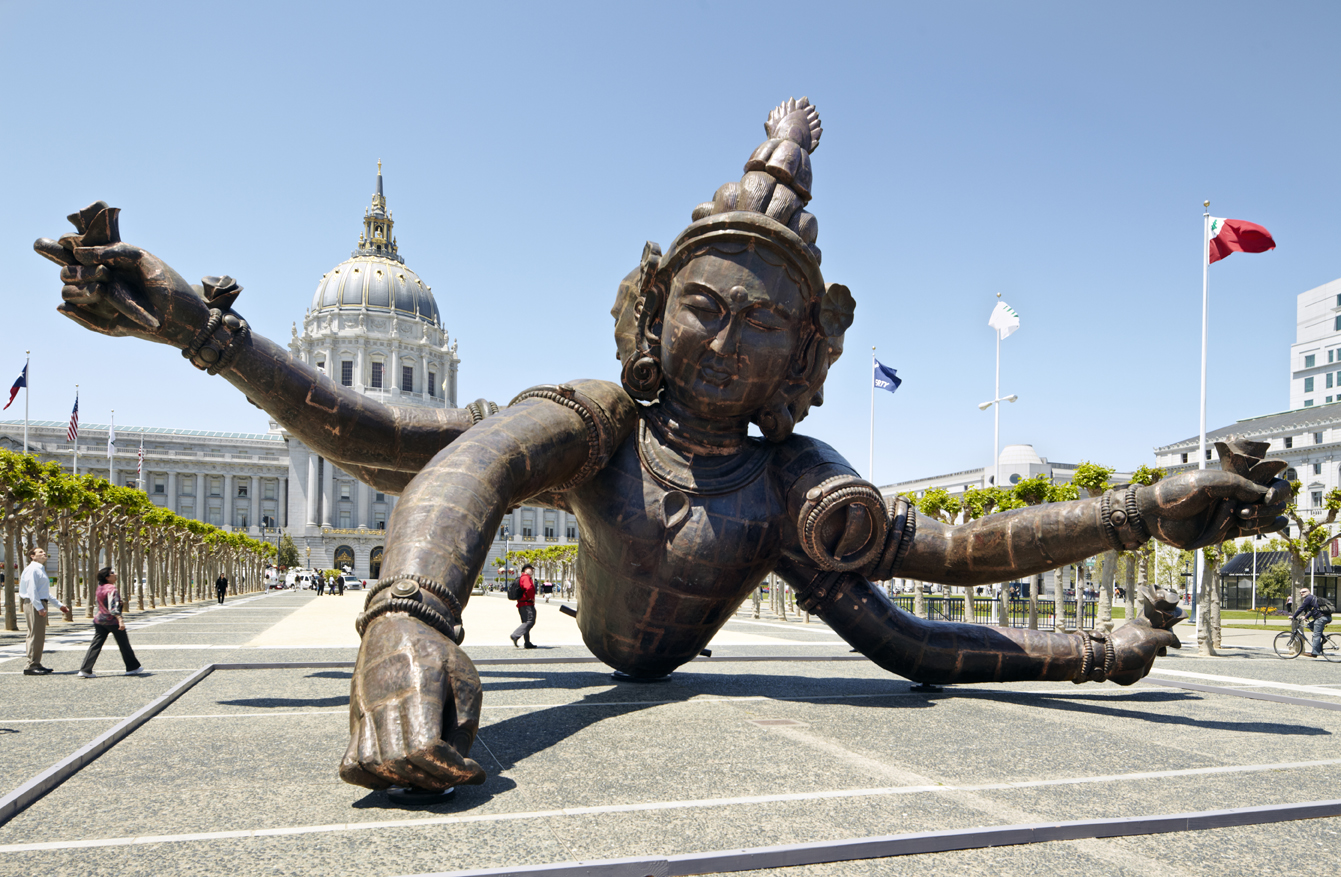 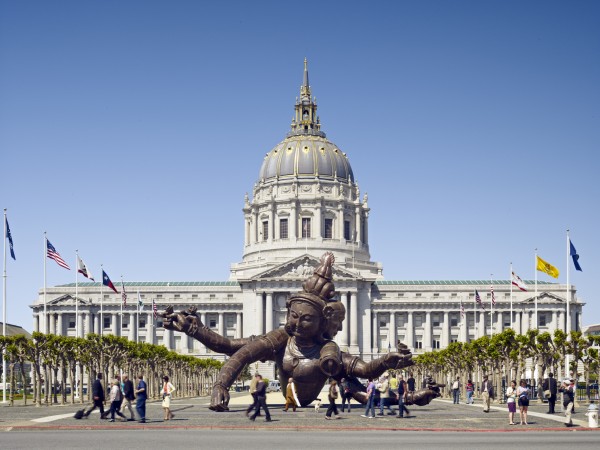 And a look at Mr. Zhang’s earlier, conceptual performance-based work is also well worth your time. Some of our favorites include To Raise the Water Level in a Fishpond (1997), a Dada-esque land art performance project. As Mr. Zhang describes it:

I invited about forty participants, recent migrants to the city who had come to work in Beijing from other parts of China. They were construction workers, fishermen and labourers, all from the bottom of society. They stood around in the pond and then I walked in it. At first, they stood in a line in the middle to separate the pond into two parts. Then they all walked freely, until the point of the performance arrived, which was to raise the water level. Then they stood still. In the Chinese tradition, fish is the symbol of sex while water is the source of life. This work expresses, in fact, one kind of understanding and explanation of water. That the water in the pond was raised one metre higher is an action of no avail.

And My New York (2002), where the artist donned an over-muscularized caricature of a bodybuilder, made from read meat. From the artist’s website:

Something may appear to be formidable, but I will question whether or not it truly is so powerful. Sometimes such things may be extremely fragile, like body builders who take drugs and push themselves beyond the limits of their training on a long term basis, until their heart cannot possibly bear such enormous stress.In this work I combine three symbols: migrant workers, doves, and body building. I interpret my New York through concerns of identity, through the Buddhist tradition of setting live animals free (to accumulate grace), and through man’s animal nature and machinelike qualities.

A body builder will build up strength over the course of decades, becoming formidable in this way. I, however, become Mr. Olympic Body Builder overnight. 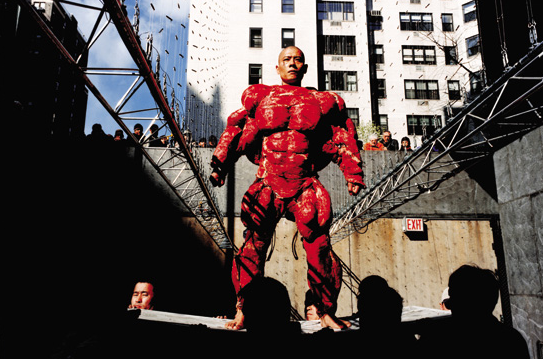 My New York by Zhang Huan. Photo from the artist’s website.

You can watch the video of the dedication ceremony below. Translated comments from the artist begin at around 28:00 minutes.

More images and information about Zhang Huan’s wide-ranging and provocative practice are available on his website.