Blood and tongues of fire: volcanos and the psychology in the sky 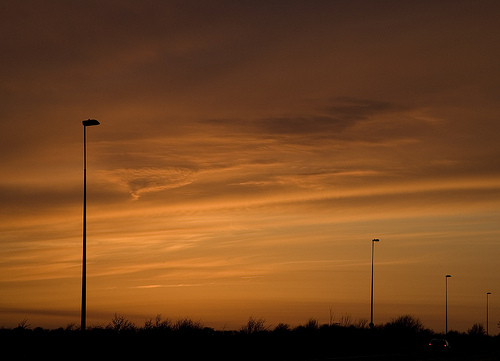 Sunset on the A2 by Steve Weaver (via Flickr)

Europeans have been treated to a good show in the northern sky since Iceland’s Eyjafjallajokull volcano began erupting several days ago, floating ash into the sunsets of Scandinavia, Great Britain, Benelux and Germany. Sulfur dioxide and ash scatter more of the sun’s light and  absorb higher frequency lightwaves, leaving reds and purples to reach people on earth. 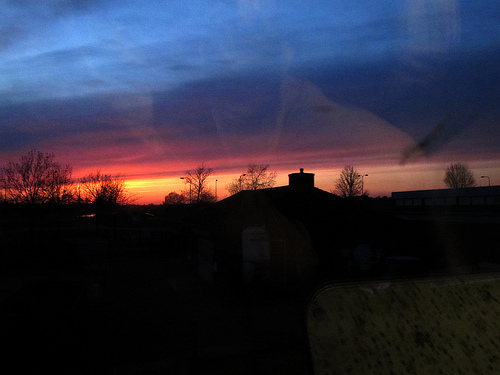 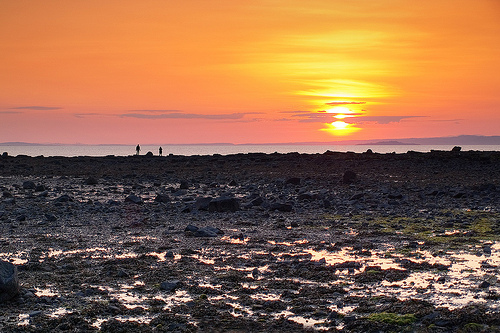 One theory holds that the setting of Edvard Munch’s The Scream was remembered from Oslo’s winter skies affected by eruption of Krakatau in 1883, which like Eyjafjallajokull, spewed picturesque aerosols into the atmosphere. Indeed, perhaps it was the ash that caused him to see a fearful psychocosmologial skyscape surrounding him. Munch later wrote:

I was walking along a path with two friends — the sun was setting — suddenly the sky turned blood red — I paused, feeling exhausted, and leaned on the fence — there was blood and tongues of fire above the blue-black fjord and the city — my friends walked on, and I stood there trembling with anxiety — and I sensed an infinite scream passing through nature.

A hundred years earlier, another Icelandic volcano, Laki, caused postapocalyptic skies across Europe, wilting the crops and causing famines that helped along the French Revolution in 1789. An Englishman described a creepy summer of 1783 as

an amazing and portentous one, and full of horrible phaenomena; for besides the alarming meteors and tremendous thunder-storms that affrighted and distressed the different counties of this kingdom, the peculiar haze, or smokey fog, that prevailed for many weeks in this island, and in every part of Europe, and even beyond its limits, was a most extraordinary appearance, unlike anything known within the memory of man. By my journal I find that I had noticed this strange occurrence from June 23 to July 20 inclusive, during which period the wind varied to every quarter without making any alteration in the air. The sun, at noon, looked as blank as a clouded moon, and shed a rust- coloured ferruginous light on the ground, and floors of rooms; but was particularly lurid and blood-coloured at rising and setting. All the time the heat was so intense that butchers’ meat could hardly be eaten on the day after it was killed; and the flies swarmed so in the lanes and hedges that they rendered the horses half frantic, and riding irksome. The country people began to look with a superstitious awe, at the red, louring aspect of the sun. 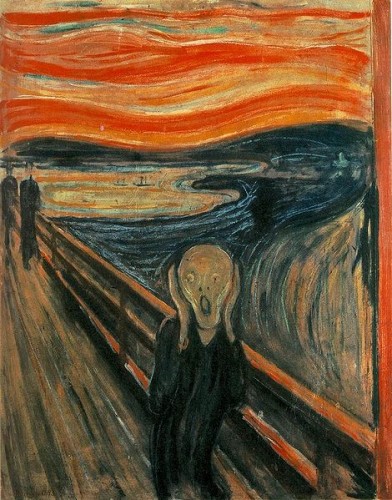 The Scream via Wikipedia

And it would require a bit more research to confirm, but an unscientific search of Flickr shows that the tag “sunset” had a minor peak (about half again as many hits as usual) on April 15th and 16th–the dates the ash from Eyjafjallajokull began drifting over Europe. We’re reminded of Penelope Umbrico’s 5,377,183 Suns from Flickr, which showed in the SFMOMA in the 75th Anniversary Exhibition. If we are all even a little vulnerable to the kind of emotional synesthesia Munch felt looking at a volcanic sky in Norway, one wonders what the vital statistic of uploaded sunsets represents about the state of mass psychology across planet Earth. When the images are more fiery, are people generally more frantic or afraid? Do purple horizons calm nerves? Could a global mood adjustment be accomplished with a well-placed nuke in the earth’s crust to unleash just the right cocktail of chemicals to enhance the sunsets over the world’s industrial cities? Eyjafjallajokull continues to erupt, so we can wait and see what happens. 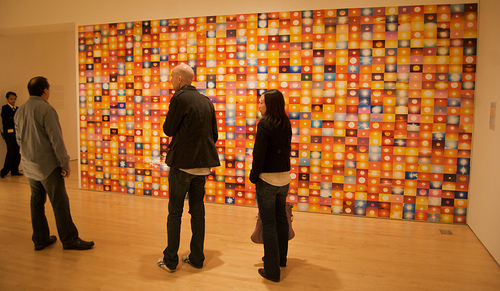