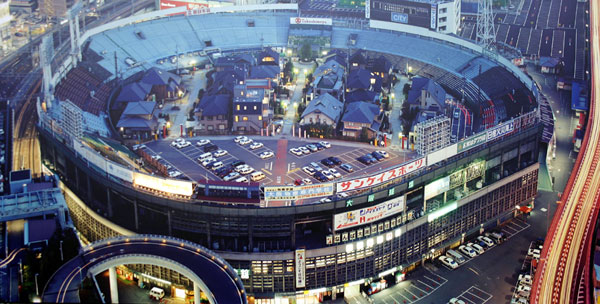 The second in a two-part series from assistant curator of photography Lisa Sutcliffe, who organized both of our current collection exhibitions of Asian photography: The Provoke Era and Photography Now. Lisa posed a single question to the artists whose works are included in Photography Now. Part one is here.

This week we’re returning to the question Why Photography Now? Photography Now: China, Japan, Korea presents SFMOMA’s new acquisitions by contemporary photographers working in Asia, and was conceptualized as a companion to our current exhibition of postwar Japanese photography.

Even as globalization and technology have allowed for faster and more fluid cross-cultural influence, the artists represented in the show embrace varied approaches and offer diverse personal visions, from Byung-Hun Min’s minimal landscapes that reference traditional Korean ink painting to Hiromi Tsuchida’s distant and vibrantly colored examinations of urban crowds. What they all have in common is an interest in expressing themselves with photography. Since its inception, photography has been used both as a mechanical tool and a method of creating art. With this in mind, I asked each of the artists in Photography Now: China, Japan, Korea to answer the following question: why do you work in photography and how do the particular aspects of the medium affect your artistic decisions?

While Naoya Hatakeyama analyzes how humans consume and transform the environment from above, Chinese photographer Yan Changjiang bears witness to the changing landscape around the Three Gorges Dam as a form of protest. Osamu Kanemura draws inspiration from the 19th century photographer Eugène Atget, while Hiromi Tsuchida is interested in exploring the new possibilities available with digital technology. Below you’ll find the second installment of answers and I hope you’ll join me in thanking each of these artists for their participation.

Naoya Hatakeyama (Japanese, b. 1958)
Photography was the most convenient way for me to find a kind of transcendence in the world without God. That transcendence has long been called Nature, which describes images on a sheet of paper. But today the notion of how we understand “Nature” is changed by technology; for example, when we look at an awe-inspiring photograph, we’re always asking if it’s Photoshopped or not . Since the answer is never truly apparent from the image itself, we need to keep facing it, and continue questioning it uncomfortably. Even if the answer is written, we’re no less uncomfortable, because we know words are not always true (this is what photography has taught us!).

This puzzled, suspended experience is called “reality” in photography of the 21st-century. This new reality in photography is quite phenomenological, is never physical or of Nature, is sometimes sad and uneasy, and perhaps teaches us the classic meaning of “reality” itself. “Reality” was always the word for something which resisted our process of cognition, wasn’t it?

Most of us feel that rupture of “reality” in the history of photography, and we know that photography does not simply mirror the world, and it doesn’t simply alter our perception of it, either. 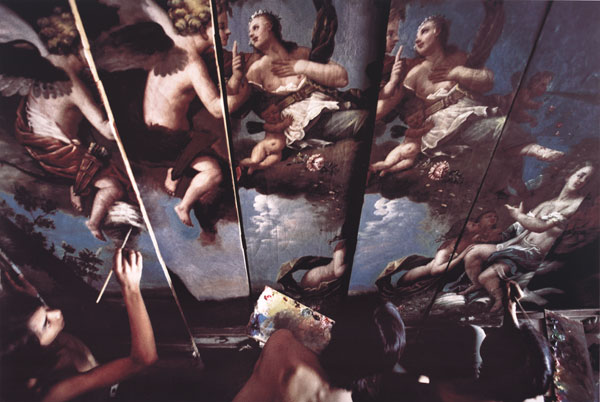 Yu Haibo (Chinese, b. 1962)
Photography continues to be one of the most significant art forms in the twenty-first century. It offers me infinite possibilities to observe and document our physical existence and inner world. I consider photography an ideal means of artistic expression— it takes me to a surrealistic spiritual world while I look at the real world through the lens. 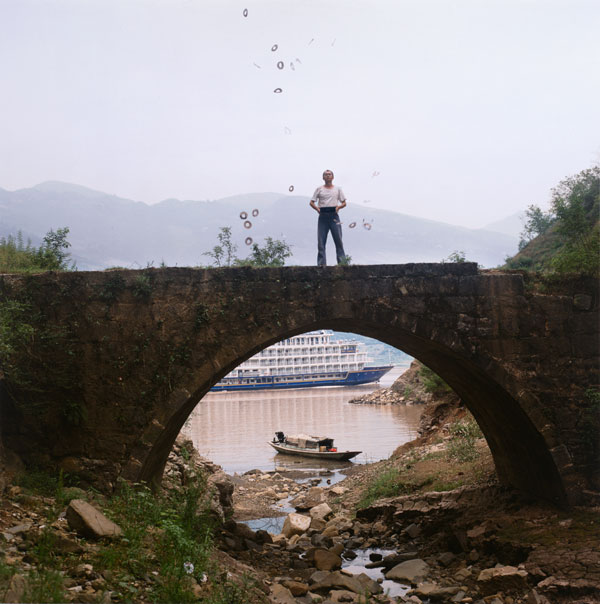 Yan Changjiang (Chinese, b. 1968)
We have reached the peak of thousands of years of civilization but it is also a time of “uncertainty”, or of insecurity and doubt. Photography, with its capacity to “ascertain”, becomes a very powerful mode of exploration. It has a physical and material reality that one cannot find in painting or other traditional modes. When I am facing reality and depicting it with a camera, I feel fully assured and confident, and capable of convincing other people. I think even in fictional or staged photography, the essence of its appeal lies in its physical reality. In The Three Gorges I felt that I was facing a massive historical and cultural transformation, and that photography would be the most effective channel for testimony and protest. 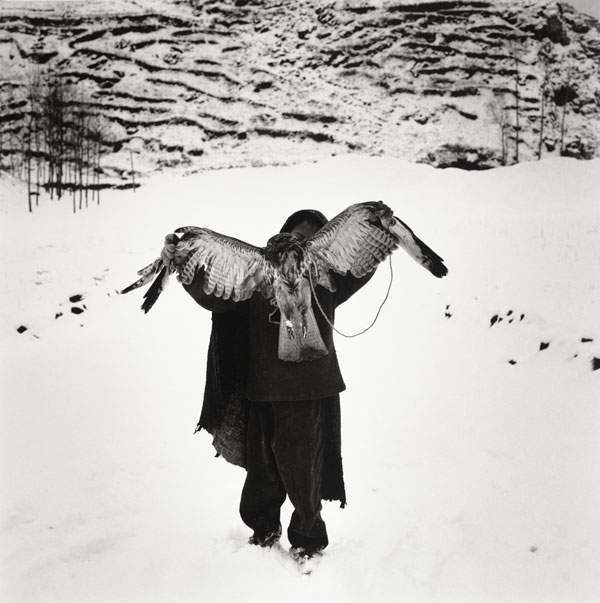 Li Lang, Riha, Zhaojue, Sichuan, China. A boy holding an eagle standing in the snow.  From the series The Yi People, 2002. © Li Lang

Li Lang (Chinese, b. 1969)
Photography? I find that this term appears less and less in my daily thinking about art and creation. I make use of photography, I make use of its ability to accurately mirror the world. But then I must re-think “accuracy”, which leads to doubt about photographic accuracy and reality.

I doubt almost everything. Taking photos, or photography as a form, helps me find a way to ask questions. 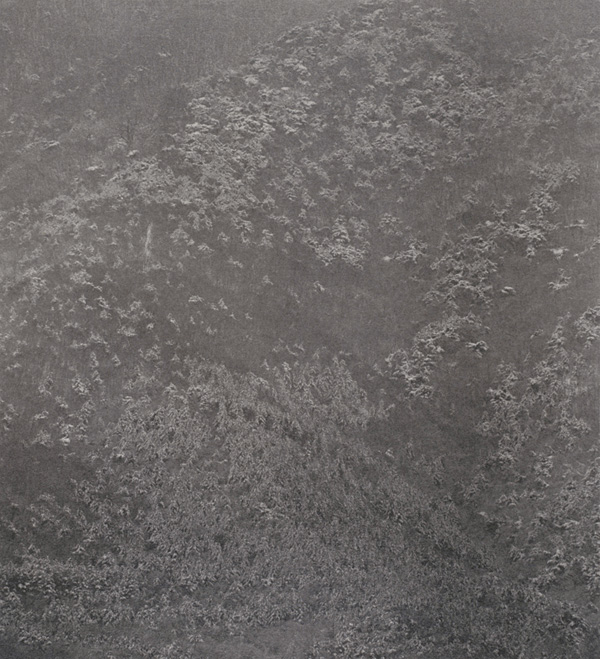 Byung-Hun Min (Korean, b. 1955)
I took up photography out of boredom and found it fascinating. I never studied photography in school but I had a wonderful teacher and the more I get into it, the hungrier and thirstier I am for more. I do not think about theory, trends, or storytelling in photography. I take pictures when, where, and how I see and feel.
I’m seeking purity in my work and for the moment, photography seems to fulfill that. 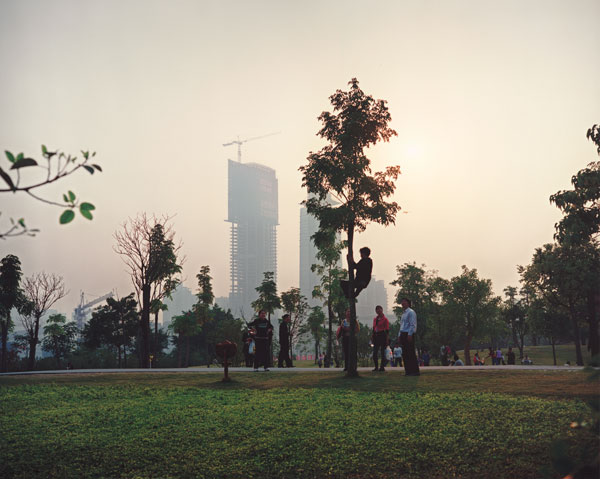 Dustin Shum (Chinese, b. 1971)
I chose photography because I was fascinated by the documentary factor of the medium. It was not just a way to portray the world, but also a way to counter the sometimes overwhelmingly sentimentalized, poeticized or romanticized vision toward reality. While that’s the bright side of the moon, I would like to deal with the aspects of photography that are like the dark side of the moon.  These aspects may not be romantic, poetic, or sentimental at all, and just like the dark side of the moon, [they are] always hiding from the public’s consciousness. Photography walks the line between the two.

I try to employ an objective style in my work, with as little aesthetic involvement as possible. I rely on observation more than graphic manipulation or careful composition. It’s a bit of a cliché, but I always think this is very much a Chinese way of thinking. Bruce Lee put it well: “Using no way as way.” 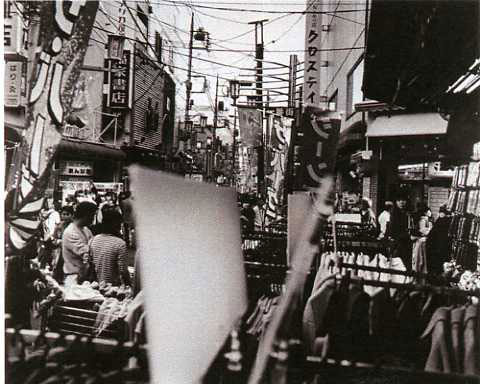 Osamu Kanemura (Japanese, b. 1964)
In Eugène Atget’s photographs, when subjects are depicted precisely, they become transformed into something different. When details appear clearly and sharply his photographs represent a world which is rather different from reality. This was what I feel when I look at photographs by Atget.

These superbly detailed descriptions do not serve only to represent their subjects honestly and accurately. When the details are precise, and have no ambiguity, each seems to speak self-indulgently and to have its own presence. Beyond the specific understanding of the whole photograph, details give us various perspectives. The details often exceed the whole.

I became interested in photography because of Atget. He doesn’t only capture the world accurately; his camera also creates a different vision than what he might have been aiming for. I learned from Atget that the camera is a device which will produce something that the photographer cannot control. This is the reason I chose to work in photography. A photographer is like Victor Frankenstein, the fictional chemist whose experiments produced unexpected results, or an alchemist who always fails. 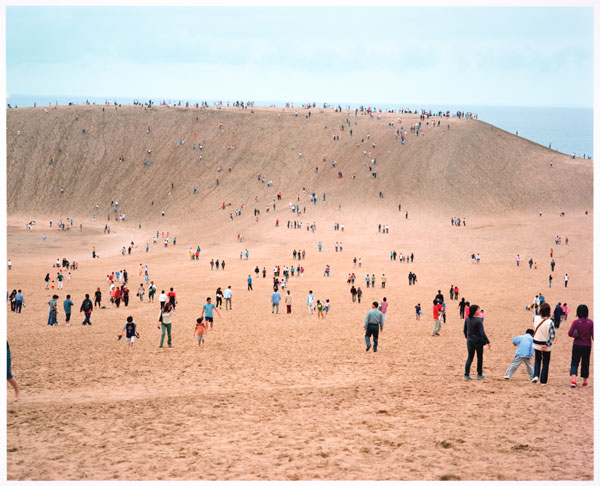 Hiromi Tsuchida (Japanese, b. 1939)
I try to find the meaning of a time, the present, where I live, and express it using a camera. When taking pictures, I sometimes feel I am a participant in the time of now. This may be an illusion, but subjectively true.

I think that “objectivity” is strongly controlled by the physicality of the person who takes the picture, including his or her personal gestures and behavior. And what guides that physicality is the independent thought of the person, thus making certain that “objectivity” can hardly go beyond subjective thought. It is this inherent ambivalence that attracts me to the camera. Additionally, the process of photographic expression—camera in my hands—is thrilling in that I feel I am able to confront a sometimes “crude” reality and immerse myself in it. This, really, is my obsession.

In the 21st century we have seen a rapid shift from film, which has physical structure, to digital images based on electronic signals. The signals that constitute a digital image have no permanent substance and are easily transformed, and manipulated after the picture is taken. Film guaranteed that the photographer and the subject were actually in the same place at that time, but with digital photography, more and more, there can be doubt. Digital technology has increasingly made us aware that what we see in a picture is a “photographic fact” rather than a “fact.” This is not to say that photographic expression via film is free from the issues of doubt accompanying a “photographic fact,” as I have touched on here, and this, too, is becoming increasingly evident.

Because of this, I have started including “doubtful” elements in my pictures. In “New Counting Grains of Sand,” I explore crowds of people and create a heightened sense of artificiality through exaggerated color —something that cannot be seen with silver halide film. I also subtly include myself, by digitally pasting my image in each picture. In this way, I try to express that the homogeneous relationship between reality and a photograph has been broken. Yet they are still pictures. I think it expresses the current state of photography because it floats in both realms. Today’s information networks bring us the world through computers—another manifestation of virtual reality. In that sense, too, I think “New Counting Grains of Sand” is real.

In the 1990s, prior to “New Counting Grains of Sand” (shot with a digital camera), I began scanning, digitalizing and printing images that were originally produced on film. It was in that process that I clarified my own artistic vision.