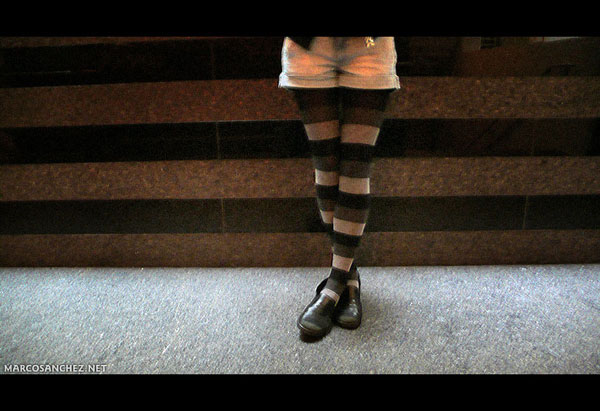 I was instantly charmed by this image of stockings that match the SFMOMA grand staircase and walls.  Thanks Marco!

Here’s what he had to say about the shot:

“The legs belong to my girlfriend Holly. The story is nothing special, I was feeling creative after we saw the Robert Frank and Richard Avedon photographs and I saw the similarity between the wall and Holly’s stockings. So I whipped out my point & shoot and took the shot.”