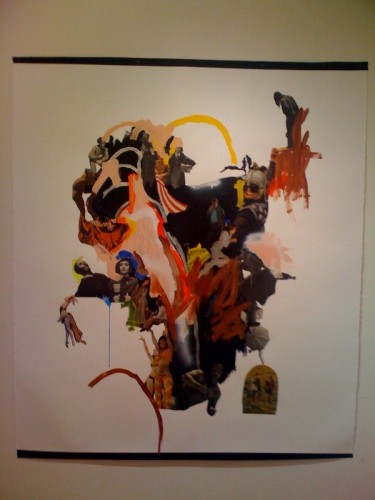 Ryan Coffey asked me to read for the closing night of his 2008 show at Adobe Books. At the bar afterward he presented me with a collage that centered on an egg made of gold leaf. Floating above it there was a small red stain like an accidental Chinese ideogram — Ryan assured me that this was blood, that it was human, and I began to feel so at home talking with him. I remember that there was a well- rendered graphite portrait of the poet Philip Whalen hanging high in that show. 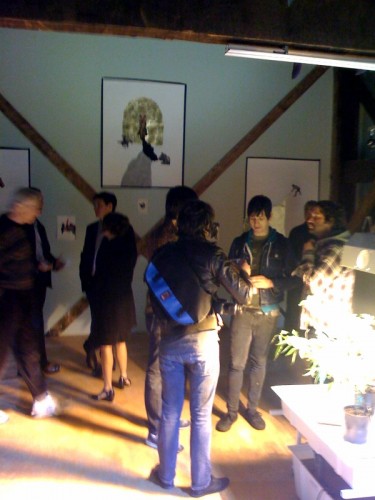 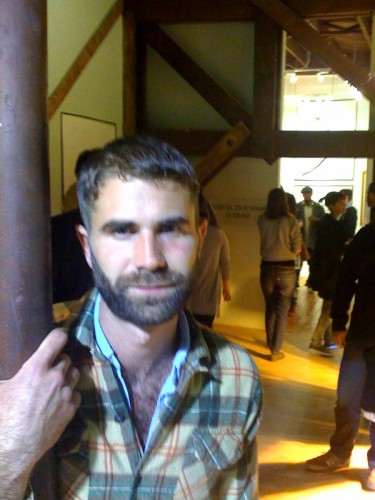 Ryan’s new show is at Lake Gallery, a room upstairs at the Plant’It Earth nursery. It’s been home to some of the best opening parties I’ve been to in years. Dan Johnson is its friendly and skittish overseer. On my first visit I couldn’t help but think of Jack Hanley’s openings back in 2003-4 . 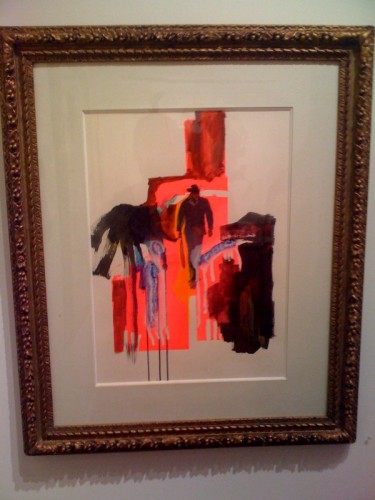 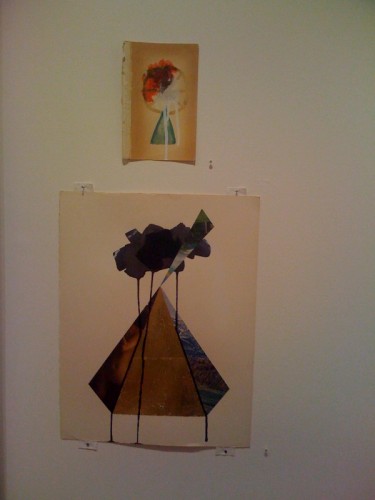 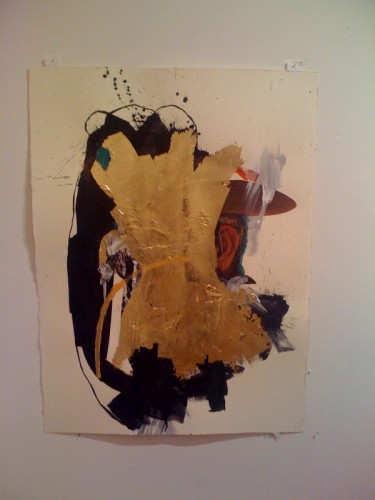 Ryan’s collages are larger now and it gives this show an impact I more often associate with installation. His use of color is striking – as in the best Native American bead work, you can’t believe they are lying down, crossing each other seamlessly. This grandiose scale and a more pointed use of gold leaf make his overtones of ritual magic most convincing. One of the largest pieces is a man dragging a spray gun of gold leaf ever wider and controlled across the page. In another the center is struck by a gold leaf lightning bolt, as if he had worked to to the point of frustration, and a big violent lashing out could be the only natural ending. Ryan described this gesture to me as sealing something in. There is definite occult symmetry at work, but it is constantly disassembled by jets of water and plumes of smoke pouring out the sides of these works, guarding them, as Frank O’ Hara once wrote, “from mess and message.” I keep thinking of Ryan all alone trying to fix a pipe that’s sprung a thousand leaks – the water rising just above his neck. 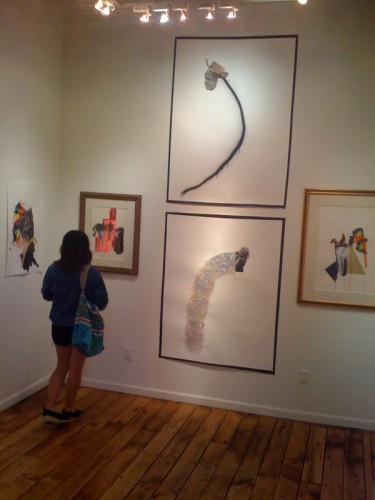 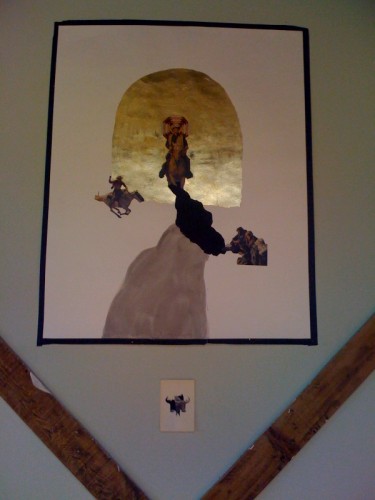 I have also seen Ryan at poetry readings that actually end up meaning something (one by Joanne Kyger, one by Jason Morris, one by Bill Berkson) which is to say an impression is made in the language that alters the next course (coincidence) in the lives of those present, those really listening……

Who even said I was a poet. Because I write
this down. I want bullet like speed and precision
to show that this mind connects in ways of delight, and
also says truth way beyond this individual voice.
Thus I speak from the holy story, the ordinary story.
Thus I am married to the household gods, thus I aspire
to be the consort of heaven. Thus I am sad when the earth
is from me. We sleep together again. In no way will I
part from this union. And the sky who is my father
opens the world of the golden kingdom.

Even if I repeat what others say,

LET YOUR SELF GO.

One thinks ‘the obvious’. You say it sounds so obvious.
I wanted to do something I called writing.

I think you’ve done it
It’s finished now
It’s a new map
in a delicate space
For what once was growing there.