A Lens on the World 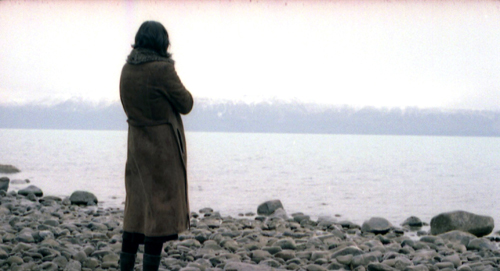 In lieu of a robust travel budget, there’s no better way to experience foreign lands than through their cinema offerings. I’m repeatedly stunned by the range of cultures I’m exposed to by attending just a handful of the many films that screen over the course of a year at the multitude of local festivals and cultural institutions that include ATA, Yerba Buena Center for the Arts, SFMOMA, and the Pacific Film Archive. Some countries, though, still have difficulty finding U.S. distribution for their filmmakers despite all these potential outlets.

Enter the Global Film Initiative. GFI’s mission is to promote cross-cultural understanding through the medium of cinema, and since 2004 has offered up its annual Global Lens film series that travels the world, both to fixed locales such as the MoMA in New York, and (as I pleasantly discovered on a recent flight) more fluid distribution channels such as Virgin Airlines and the LinkTV cable channel. This past Friday, Global Lens 2009 arrived in the Bay Area, kicking off a two week stay at the Rafael Theater in San Rafael. Iran, Brazil, Macedonia, Mozambique, and Kazakhstan are just some of the countries represented. When was the last time you saw a film from Mozambique?

I’ve screened two of the GL2009 films so far—Possible Lives from Argentina, and Those Three from Iran—and they both quickly challenge one’s stereotypes of these countries by setting them both not in a steamy, bustling metropolis or sweltering desert, but barren winter wastelands. Lives starts out as a simple man-gone-missing story but then evolves into a meditative, Borgesian puzzle. Those Three takes a more Kaftkaesque approach as it follows the doomed journey of three Irani soldiers gone AWOL. While the language and certain cultural details might feel alien, both films pursue narrative and themes that are familiar (if not universal) and thus bring these characters closer to us as viewers. That’s the wonder of foreign film and this series—we are reminded of the common links between disparate peoples, rather than the differences that politics and news media often purport.