When last I was in New York, the artist Fia Backström and I had a conversation about Sherrie Levine, by way of both “The Pictures Generation, 1974-84″ — an exhibition at the Metropolitan Museum, of the early practice of Cindy Sherman,  Richard Prince, Sarah Charlesworth and others — and some thinking I’d done on some of Levine’s works. I planned to return to New York the following month, and we promised to re-engage our converstion then. But my plans changed. So around the date when I’d intended to be in New York, Fia wrote: “Since you are not here, I had to respond this way below. A very strange form of conversation.”  This “strange form” worked between the lines, arguing with,  questioning, and affirming aspects of the original text (in a way I read at times as mock-educational). The result, posted below, is maybe a better or more interesting text than the original: disrupted in an almost collage-like way, so that it creates a different, doubled picture. 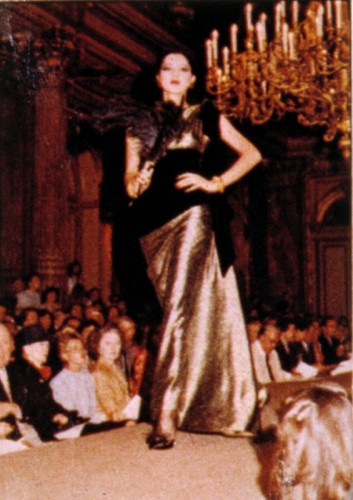 But what if we read them instead as central, foundational? They might allow us to think of Sherrie Levine’s productions more generally in their relation to collage – to imagine that she works in and against collage’s formal-conceptual operations.

collage is of course the image smasher per se. whereas she figured out another way, not through violence, but in some kind of Annie Get Your Gun spirit – “I can do anything better than you can,” doing the same but upping it…

…think out my ideas first in pictures, experimentally moving reproductions into sequences and constellations, relationships of similarity or opposition. What follows, then, attempts to retain the experimental quality of images in stacks, rows and piles – even as I want to show what it is about collage that Levine aims to work against.

sequences carry meaning by order before after grouping, as my artforum series, to form and content… sequence as another form of destabilizing the meaning

The cacophony of the picture signifies, and dwells upon, the social disorder left in the wake of Germany’s failed left revolution in 1918-19.

Nice, I like this jump from formal breakdown into that political/economical breakdown of value

an appropriate figure for the dire circumstances Heartfield’s designs were meant to diagnose and attack.

sherrie levine in the prosperous 80s… not a collapse but a new kind of anti-ethic is emerging and a globalist world in total. William Turnbull – did he do the special effects for 2001?

“randomness” even farther along. An intrepid reader broke the magazines’ layout into fragments, crosscutting images and breaking down aphoristic headlines. With his collage-book, McHale makes visible the saccadic character of reading such randomized fields (not far from scanning from window to window in a browser, as you may be doing as you read this). Reading, in its modern sense, is cutting.

saccadic!! Well yes, cutting, but also making a new order which relies on its own fragmentation, i.e. makes one of all that don’t belong, erasing possibilities for difference. In a contemporary browser reading we are more worked into multi-tasking. I read somewhere that the brain has a limit to multi-tasking and can’t keep focused, so in this way this reading or way of being in the world makes subjects more dopey, less prone to critique and just going along with it.

the “cut.” And if, unlike the others, Levine carefully respects the rectangular boundaries of the image, her collages do mean to mark the collage-like divisions within the fields of the image. The space of the room is estranged. The audience behind the model isn’t gobbling down bike parts, but they may as well be. 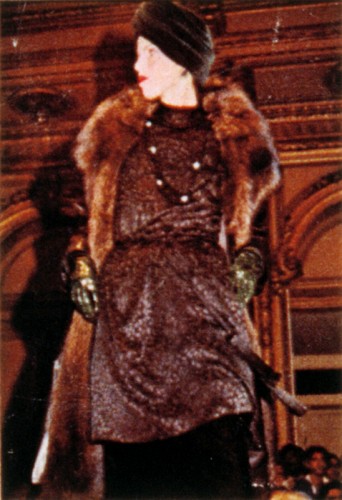 but are they really collages… aren’t they re-photographing or iterations of images as images? in this respect the boundary of the image is the rectangular, in a way she’s sticking to the rules better than the image did to begin with, with the impeccable matting boards and so on, like a very annoying parrot, whereas the others clearly are mocking, making violence, juxtaposing, she is staying in the singular

We’re meant to look close – to lean in – to hold our gaze – as if we’re looking at a Holbein.

this is great, going back to go forward in ways of seeing (sorry for the reference…), as a way of forcing us to stay still, towards slower pace and even silence

these may be simulacra, but they’re charged, dense, full of visual information. It’s easy to forget that simulacra are seductive, to think of the world of spectacle as something drained and draining. But these collages – precisely in their disconnection from a manic, randomized system of images – remind us powerfully of the seductive force of pictures.

oh yeah! like framing scopophilia, making us encounter our own desire to look. these are the things that get naturalized and numbed down

Levine does not represent women, the poor, or landscapes, but Woman, Poverty, Nature… but in images of them… their cultural representations. What is more, these are subjects that exist outside a dominant cultural order, which casts them as “Other.” All of Levine’s images have been images of this Other; she consistently focuses on the mechanisms whereby our own animal instincts, our bestiality, are externalized, projected onto another – the opposite sex, another social class, or nature in general. Externalized in an alien and alienating image, our drives come to appear to us as universal and natural forces which must be controlled or repressed, either directly or symbolically, through both ritualized and nonritualized forms of representation. 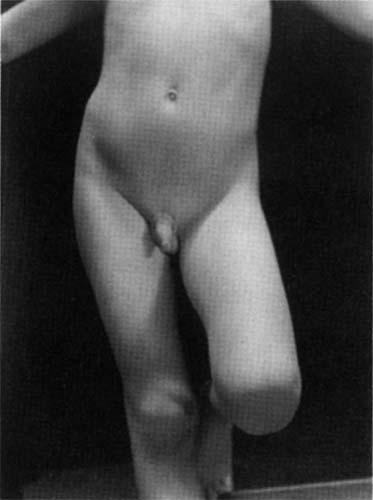 All right, but the bestial desire is very general, a sort of flirting with surrealism. I also think Owens forgot the role of the viewer, as if it is contained in the image itself. thinking again of the brilliant Weston images of his sons, where the viewer could be turned from mother/female as re-appropriative artist or gay man looking for young boys…

These are “models” after all. This is the real substance of Levine’s feminism, I think; it’s not in her jockeying for position in a male-modernist pantheon, nor in her “purloining” of images – but in her subject matter.

ok, wow, a lot of the above goes away. about the exoticizing gaze, there is this brilliant book by victor segalen: essay on exoticism where he speak of the exot, this traveler who denies the exotic and who sees what others miss on their trips predicated on postcard vision. perhaps here it is. I like pointing to her subject matter, since so much interpretation has gone to her emptying out of it all to a “pure” image of surface and nothing, you refill it all. nice!!!