Seize the (Chicago) Day (with apologies to Saul Bellow) 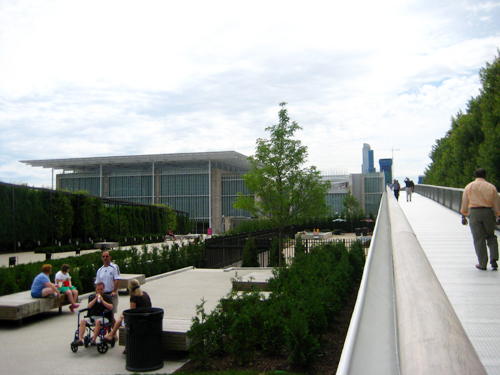 (Author’s note: While not required to parse or argue with the sentiments expressed therein, having a copy of Saul Bellow’s The Adventures of Augie March at hand may help in the further enjoyment of this post. Since I feel ill-informed to really contribute to the discussion of Charles Bernstein’s Parkett piece initiated by Kevin and Julian, here is a light-hearted attempt at infusing some “poetry” into my criticism.)

I am a culture writer, Chicago bound—Chicago, that reborn city—and I go there as I have taught myself, freestyle, via the Metra train from the north suburbs, and will make the record in my own way: first to knock, on the glass door of Renzo Piano’s new Modern Wing at the Art Institute, surrounded by the fauna and Frank Gehry of Millennium Park, not the first admitted (the museum already packed to the gills); sometimes an innocent knock, on the wing’s similarity to Piano’s scheme for the California Academy of Sciences (except that the restaurant sits atop instead of buried at the bottom), sometimes a not so innocent, such as my disdain for the color palettes at play in Cy Twombly’s new work. trying to locate the appeal in Frank Stella, or my weariness at seeing the same graphic design artifacts—Mau, 2wice, Emigre, the McCoys—under display glass. (Jealous bile? Yes, my friends, perhaps a little…) But a man’s character is his fate, says Heraclitis, and in the end there isn’t any way to disguise the nature of the knocks by the acoustical ring of my voice reciting Lawrence Weiner on the second floor wall, and Tricky’s voice, too, in Steve McQueen’s visceral film of the trip-hop pioneer in the recording studio, Girls, Tricky. No gloving my white knuckles (and one will marvel at how quickly they freckle in the Midwestern sun) in anticipation of the inevitable melee over my defense of the underrated Jim Nutt, whose work would have been as comfortable in an early issue of RAW as it is here.

Everybody knows there is no fineness or accuracy of suppression: if you hold back one honest opinion—like that entire room of Richter, Chirstopher Wool “trouble”, Robert Gober’s wiley wallpaper provocations, and Cady Noland’s holey Lee Harvey Oswald all delight this tourist—you hold down the adjoining (in the adjoining museum wings). 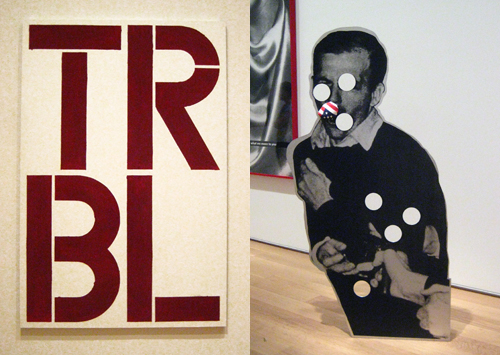 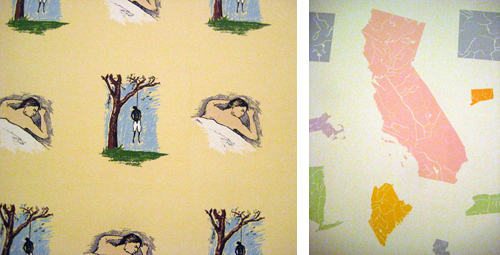 Look at me, going everywhere! To Magritte! To Ernst! To Kosuth! To Kawara! Why, I am a sort of Columbus of those near-at-hand, of those a few blocks away craning their necks up at the Aqua building, of those dodging the Crown Fountain spray, or, at the very least, of those relatives north who declined to join me—their children, alas, still too young for such a trip.  I—with a middling knowledge of modern art history, an arrested foray into the architecture métier, and a weakness for the boldly graphic and text writ large—may well be a flop at this kind of critical endeavor, this light tread through concourses of contemporary culture and urban invention. Columbus too thought he was a flop, probably when they sent him back in chains. (Not so different than flying back to San Francisco in a coach middle seat. With no inflight entertainment.) Which didn’t prove there was no America. (Or a readership of zero. Yet.) 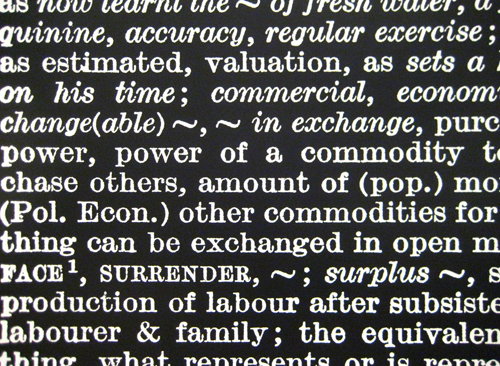 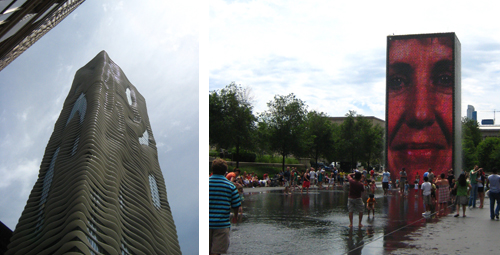