Ch-ch-changes in the East Bay

In recent weeks, two long-standing East Bay non-profits have relocated to new digs. Kala Art Institute in Berkeley has just expanded into a new space in the H.J. Heinz building on San Pablo Avenue, where their printmaking facilities have resided for 30 years. Pro Arts Gallery in Oakland has merged with the Oakland Art Gallery, moving from the gallery near Jack London Square where they have been for 5 years, to the smaller OAG space downtown. Though one organization is growing and the other is slimming down, both their moves illustrate the benefits and challenges that physical space poses for arts non-profits. 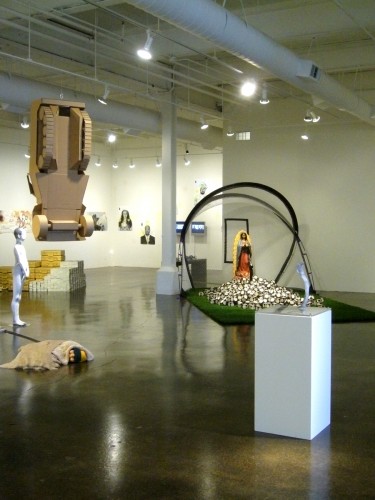 Kala now boasts a large street-level gallery and expanded printmaking facilities. The new space allows for more ambitious exhibitions. It can accommodate multiple installations. Added studio space means that more local artists can be served through Kala’s residency, fellowship and facility rental programs. The gallery is easier for members of the public to find, and the pre-existing facility on Heinz Street can now be dedicated exclusively to art production. From the perspective of Kala’s mission, this is a huge development.

There are challenges as well. To fully utilise the new space, Kala must now make significant increases in its operating capacity. More exhibition space means more labor to hang them, while more artists working in the studio will require more technicians to help them. Kala’s move comes at the tail end of a multi-year capital campaign, with a fundraising goal of nearly $1million, which is more than the annual operating budget for that organization. That campaign began long before the current recession made even recurring fundraising efforts more challenging. 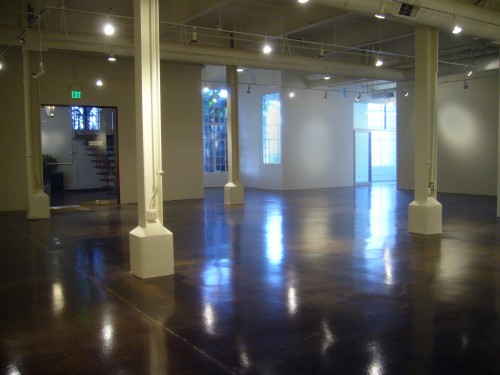 Prior to the move, Kala could use the new space as an enticement to major donors, but now that they are moved in, it’s easy for the public to assume that they are no longer in need of such support. On the contrary, their funding needs have increased, as they must now complete the capital campaign and also raise money to maintain their enhanced program.

Pro Arts has made a move in the other direction. Rather than continue to operate in a larger space that demands a bigger budget, the gallery has elected to streamline its programs and to strategically merge with another, similar organization, the Oakland Art Gallery. Both organizations had been dedicated to promoting the local artists of Oakland and its vicinity. Both had been chronically underfunded and under-staffed. By merging, the two organizations ensure that important regional programming such as East Bay Open Studios, and a host of juried shows including this month’s Bay Area Currents (juried by Intersection for the Arts’ Kevin B. Chen), can continue to provide needed exposure to local artists. The new space offers increased foot traffic, proximity to Oakland’s city government and to the Art Murmur on the first Friday of each month. Though programming is necessarily reduced by the move, visibility is substantially increased. If all goes well, the gallery’s program will be enhanced by this new, sharper focus. 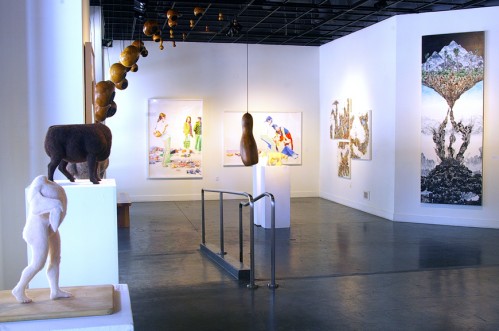 One thing that Pro Arts and Kala share is the willingness to reconsider long-held assumptions about how their organizations should operate. In these challenging times, adaptability is what will keep the arts alive. The other key element is public support, in the form of donations no matter how small. We need to put our money where our minds are, if we hope to preserve the Bay Area’s unique regional arts character.