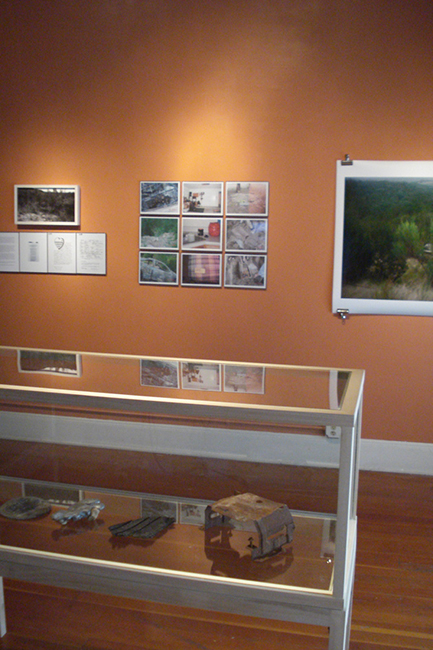 San Francisco-based artist Seth Lower has contributed an outstanding installation as part of the current Mission 17 exhibition, “The Man Behind the Curtain,” but I ran out of room to describe it below!

An adventure awaits anyone who makes it up to Mission 17, the innovative Mission Street gallery dedicated to conceptual and installation art (2111 Mission Street, Suite 401–at 17th).  I don’t know, sometimes does it seem to you that exhibitions in San Francisco come in only two varieties? Either they’re dumb and lithe and beautiful, like Michael Phelps, or they’re too darn hard to understand.  “The Man Behind the Curtain” (through July 11) has a theoretical platform, but it’s springy and imaginative. I wound up staying on and on much longer than I had planned, caught in an undercurrent of political intrigue and moral outrage, but also just stunned like a balloon had hit me in some pleasure center.

Curator Laura Mott has used the straightforwardness of the gallery space to her advantage. 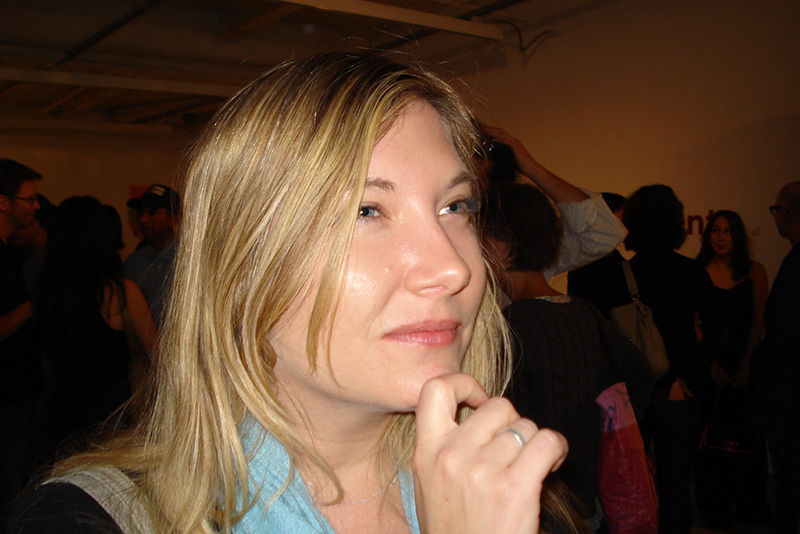 Its sharp corners and defined spaces aren’t modernist, exactly, they’re harsh and unyielding, and she uses them to show their analogues to democracy both here and abroad. Democracies for example don’t encourage luxury in their voting booths. They’re spare, even severe, for if they were pleasant people would want to stay in there longer and, what’s worse, more people would want to vote. 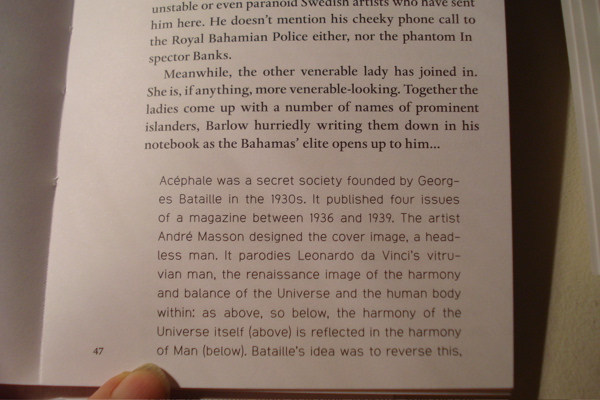 First there’s a booth devised by Paris collective Société Réaliste, in which a lottery is played, and you can become a member of the European Economic Union, the so called “Common Market” of the Keynesian 1950s. Sounds cool doesn’t it? It takes awhile before the knowing signage reveals that it is actually a parody of existing scams in which some South and Central American subjects are tricked into signing up for an American lottery. Laura Mott points out in her statement that we grow up surrounded by “pretense and deceit,” something children know instinctively, as evidenced by the L Frank Baum novel The Wizard of Oz, or perhaps more vividly the 1939 Victor Fleming movie of Oz with Judy Garland. Or are children as easily deceived as the rest of us? Isn’t it Toto who keeps pulling at the curtain to reveal the great and powerful Oz no more than an ordinary man like everyone else.  It’s not a person, it’s a dog. 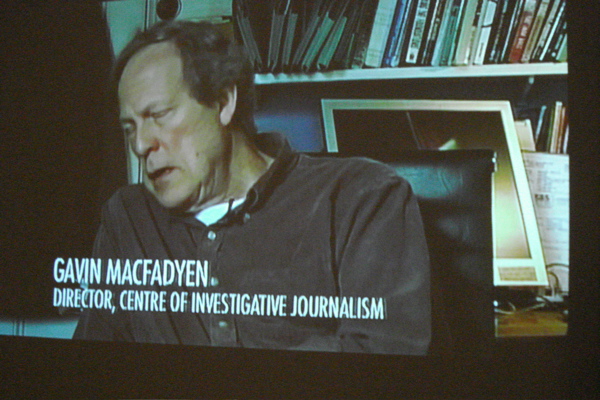 Later we debated whether or not Baum’s narrative (Toto showing the human face of evil, and thus vanquishing it by bringing it to our level, making it capable of being fought) was a progressive gesture or just the opposite. It would be pretty to think that, if our tyrants are human, like George Bush with his goofy grin, that makes them assailable but in truth it doesn’t, since the machine that empowers them rolls on invisible. They should have called the show “The Curtain behind the Curtain.” 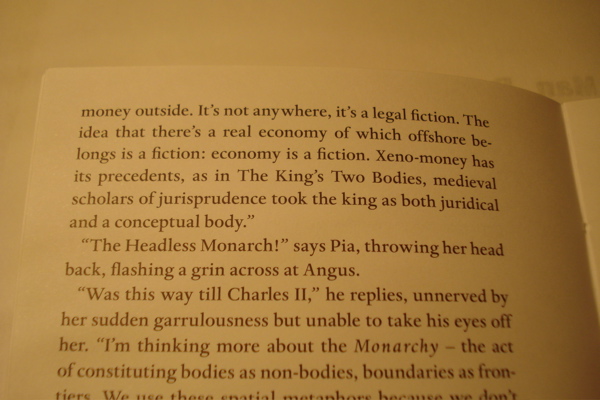 Two kinds of money, two kinds of body, each one fading beyond the other in an endless series of removals.

The film and novel on display, created by Swedish provocateurs Goldin+Senneby, raise the spectre of offshore corporations and their tax-dodging schemes to siphon off profit into the hands of ma mysterious few. The artists brief a team of Canadian filmmakers to target one firm for investigation, the mysterious Headless, Ltd. If you buy a copy of the accompanying novel, Looking for Headless by “K.D.” you will encounter a breezy spy thriller with some aspects of Ian Fleming and some of Alain Robbe-Grillet. How much do the shadowy owners of Headless Ltd know of Georges Bataille and his secret society known as Äcephale (the Headless)? The film isn’t saying, but like the novel it suggests that the medieval historian Ernst Kantorowicz, with his magisterial reading of the “King’s Two Bodies,” was also in on the joke—at any rate fully aware of the 20th century trend towards strategies of withdrawal and substitution. If the medieval subject saw his king in two different ways, as a human and as a symbol, and each version with a different body, how far are we from Baudrillard’s insight that the copy precedes the original? 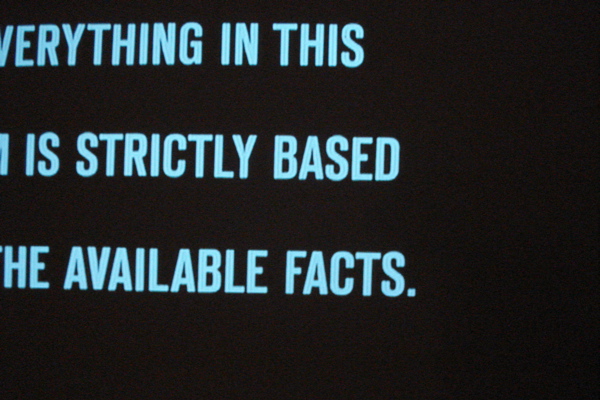