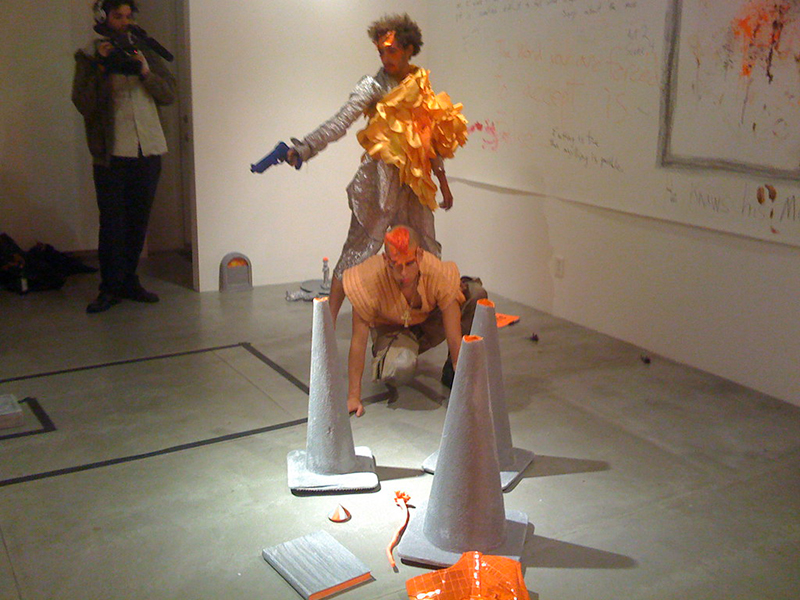 We went to the exhibition “I am Kurious Orange” on Friday, having misread the invitation and me thinking that I was going to hear a band made up of artists I know, who were forming a de facto The Fall cover band. I guess I can’t read because when I pushed open the door, my pals were nowhere to be seen, but instead we wound up with ringside seats at a theatrical extravaganza it will take all my enthusiasm to describe. 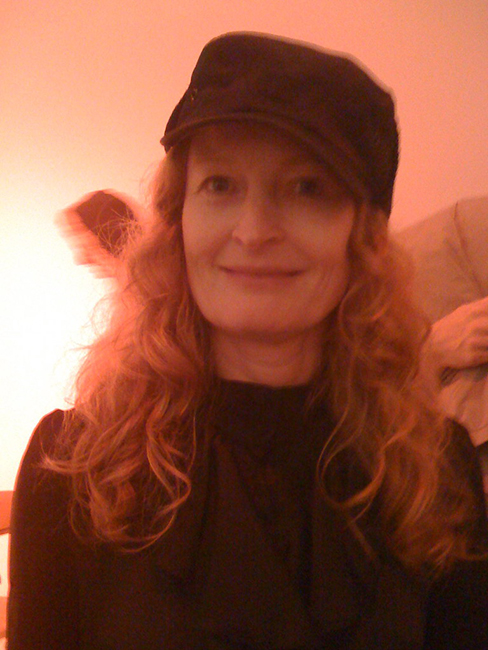 “I am Kurious Orange” is organized by Anne Colvin and presented at David Cunningham Projects on Folsom Street. I know many of my readers will know the block of Folsom to which I refer when I tell you that it’s the block with “Truck” on the end. That’s the gay bar that wits used to call “Truc-kay,” in the French style. Anyhow it’s a decrepit block that hitherto I ‘d always scurried by, but now that I‘ve experienced the excitement of David Cunningham I will be lingering there on the street corners like a superannuated prostitute, or Julie Harris in The Member of the Wedding just clinging to my past happiness and refusing to move on. 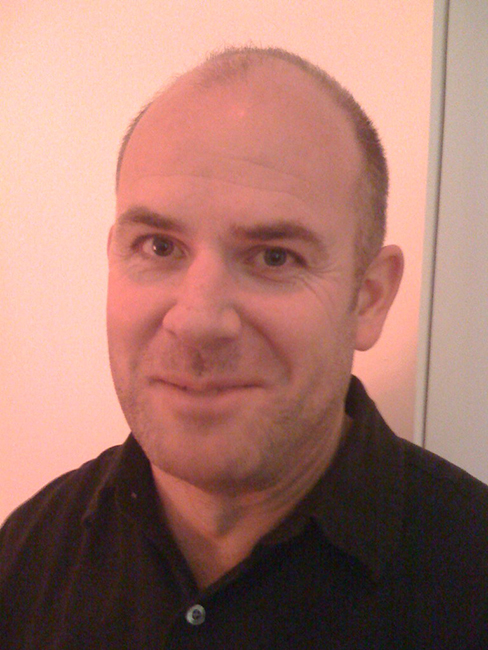 Colvin and Cunningham explain to me that their show is a tribute to the Scots-born, London-based choreographer Michael Clark and to the seminal UK rock band the Fall, and in particular to one show that Clark and the Fall worked on in 1988, called “I am Curious Orange.” I don’t know much about the Fall—or I didn’t, though I know a lot more now having gone the very next day to see my friends recreate a number of the Fall’s greatest hits—but I know way more about Michael Clark and probably you do too! He played in the Peter Greenaway film of Shakespeare’s Tempest, and he was Caliban. Well, you can search out many of the Fall/Clark clips on YouTube. Many of the dances have been filmed by the genius video work of Charles Atlas who will, coincidentally, be here at SFMOMA next week as part of the project, “New Humans: Today is Not a Dress Rehearsal.”

But back to Friday. Marc Arthur’s theater piece “The Key” represents a new turning for the young playwright and provocateur, though like much of his work it is heavily indebted to the communal theater groups of the 60s and 70s (the Living Theater etc). Action is difficult to discern, much less a plot. Costume, maquillage, and sheer attitude do half of the work for the actors. Each of us standing around the play space probably had a different idea of what was going on, and the dialogue is all very Esperanto, with many variations on a vatic, frightened, “Where is the key?” or a barking, inhuman, “You must stay within your box.” It’s like the year of the Diamond Dogs, but on a budget. Arthur was the Prospero this time around, with the novelist Stephen Boyer as his whinnying, obedient Caliban—or were they Gandalf and Gollum?—while exquisite Gage Boone writhed and hobbled around the floor and up the walls as it pleased him. Looked like Boone had taken a windbreaker and stuffed his legs through the holes an ordinary man would have used for his arms, then wrapped up excess material around his waist. 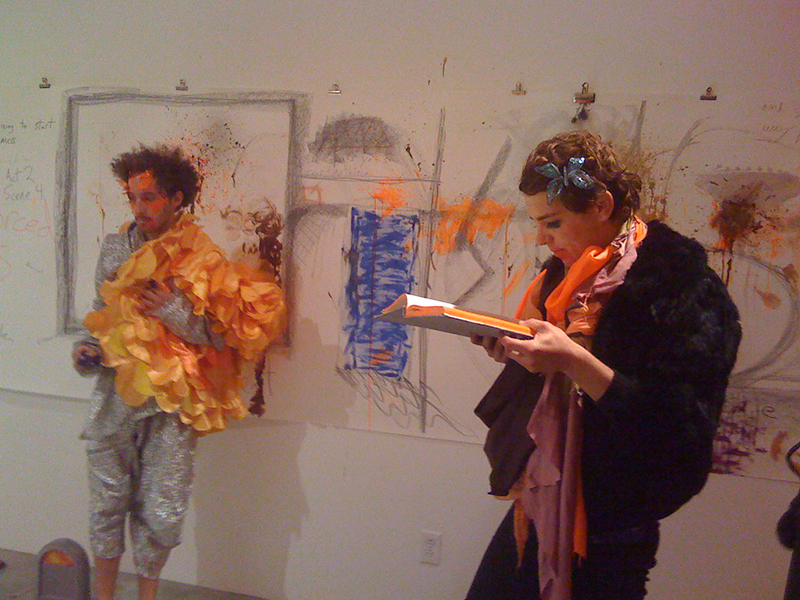 At one point I innocently enough was dragged, Living Theater-style, into the playing field and told to wear a hat—part of a disco ball that looked like it had been smashed against the wall. This disco ball had Styrofoam lined inside so it wasn’t as hard to wear as you’d think. I took it to indicate that all of us live in the rubble of a capitalist society, where Burroughsian wild boys prowl and speak in tongues as they slither lasciviously along the inner crevices of our brains. Everyone’s got a little Leigh Bowery in them and if you don’t, you might as well be dead. 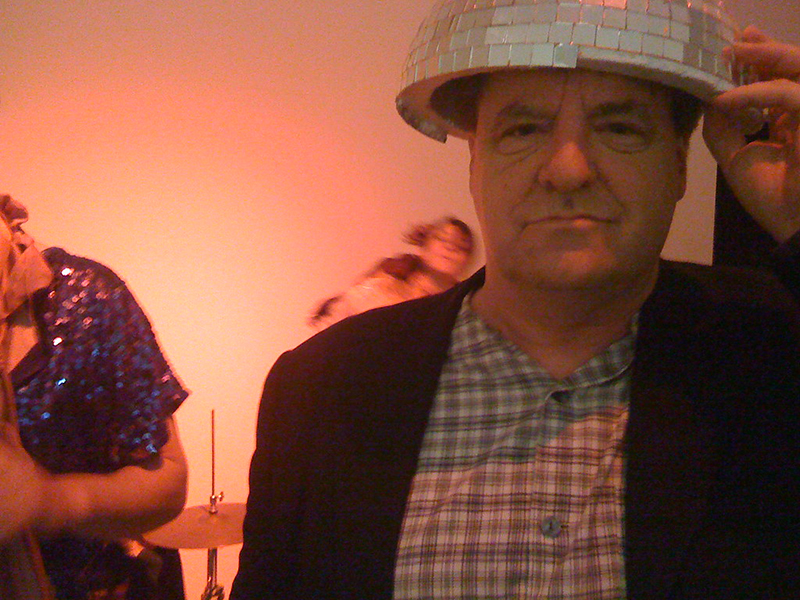 For information on future performances of this piece, and others in the exhibition, see the David Cunningham Projects website.