Our regular feature, “Collection Rotation“. Once a month I invite a local guest to organize lists, groupings, or ‘exhibitions’ from our permanent collection. Our guest this month is KALX DJ and local blogger Heidi De Vries, who has spoiled us with a very personal look at some of her favorite works. She includes notes about her selections along the way. Thanks, Heidi! P.S.! Heidi! Thanks!

LINER NOTES: For my Collection Rotation I picked artworks that I remember from my countless visits to SFMOMA over the last decade as having strong emotional resonance for me, and then linked those pieces to music tracks that summon similar feelings. The Janet Cardiff and the Christian Marclay (below) have their own integral soundtracks already, so those I left “blank”. Otherwise while I explain below why I selected a particular piece of art, I’m just going to let the accompanying music speak for itself.

It was in Barbara Hepworth’s sculpture garden in St Ives, England, at the very end of my teenage years that I truly connected to modern art for the first time, in a moment that was nothing less than epiphany. I still get a residual thrill down my spine every time I run into one of her pieces: 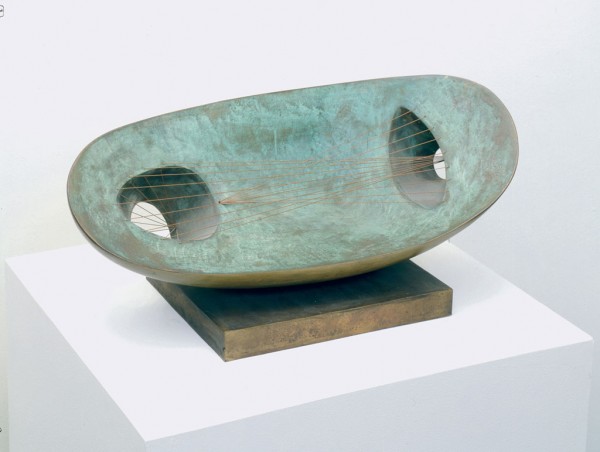 My awesome and super-smart physicist grandfather worked on the Manhattan Project during World War II, and since I’ve been old enough to reason I’ve been aware of the moral ambiguities surrounding what he was asked to do by his government. Chris Burden nails the horror and confusion of the birth of the atomic age at the same time that he tries to set some order to it. Victory is in there, but it’s pretty darn close to the bottom: 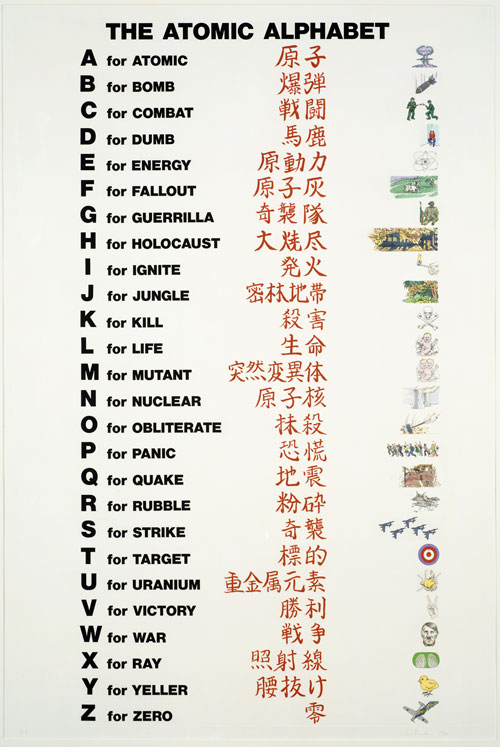 I can relate to the worried faces of McGee’s sad sack characters, and as someone who loves to roam city streets the references in his work back to his roots in graffiti and street art make me very happy. His wife, the late Margaret Kilgallen, is also my favorite artist ever. 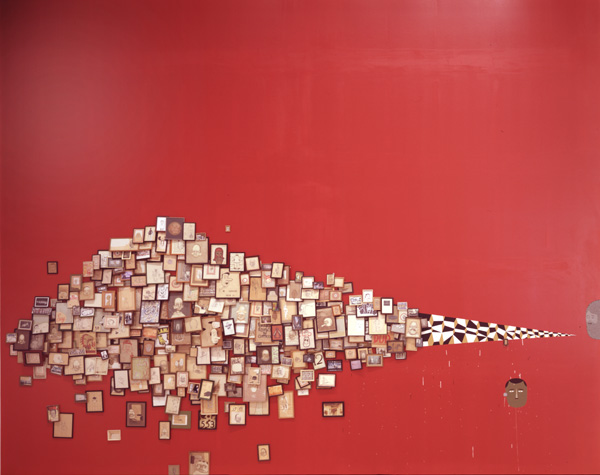 Marclay brings together three of my great passions: music, art, and film. And with some devastatingly good editing too. It almost seems cruel to include this one on a blog where you can’t see it in motion or hear it, so next time it goes on display I highly recommend making a special trip. In the meanwhile, there’s an unauthorized bootleg shot at Tate Modern over at YouTube.

I very much admire Hesse’s fearlessness, especially in her use of unconventional (and dangerous!) materials, and I love the metaphors she draws between architectural forms and the body. She is an absolute inspiration: 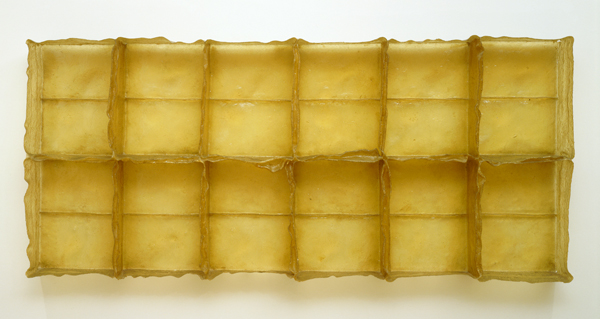 Eva Hesse, Sans II, 1968. Fiberglass and polyester resin. Collection SFMOMA.
Magazine: “A Song from Under the Floorboards” from The Correct Use of Soap, Virgin 1980

Another piece to be experienced in person, Cardiff leads the listener into an immersive and wonderfully disorienting mini-tour of SFMOMA using her voice and a video camera as guide. I’ve done it many times and my heart still stutters during the part in the employee stairwell, as menacing footsteps approach… 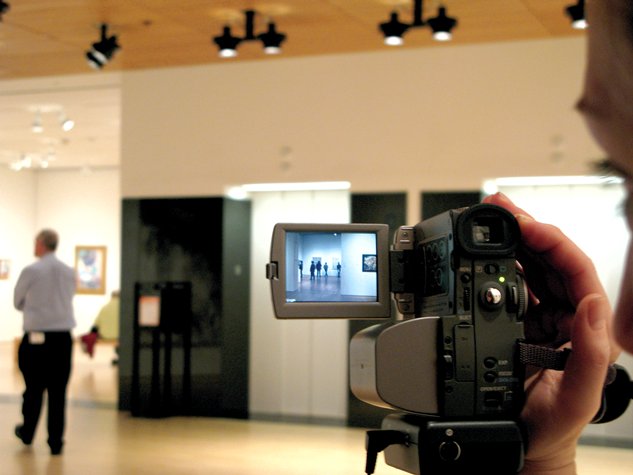 The voyeuristic aspect of watching Kiarostami’s film of a sleeping couple is completely seductive to me, as in real time they move together and then apart in a rhythm uniquely their own. Simultaneously sexy and sweet, part of the allure of the piece comes from the fact it is projected onto what looks like a bed, right on the floor of the gallery: 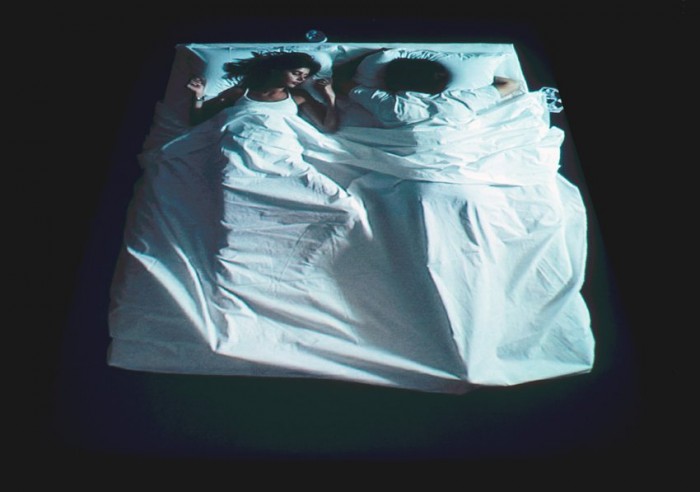 Everything Richter does is amazing to me, both his photorealistic paintings and his more abstract work. One of my cats is named Richter after him (the other one is named Cardiff after Janet): 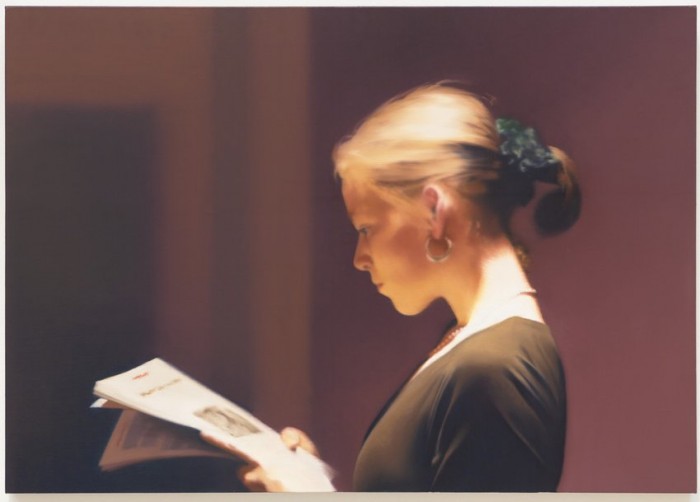 A fellow Dutchwoman, Dijkstra’s photos of young people on the beach reference the lighting and poses of Renaissance painting at the same time that they capture that totally awkward moment between childhood and modern adulthood. My godchild Sophie is rapidly approaching this moment herself, so I’ve been thinking a lot about how best I can help her through: 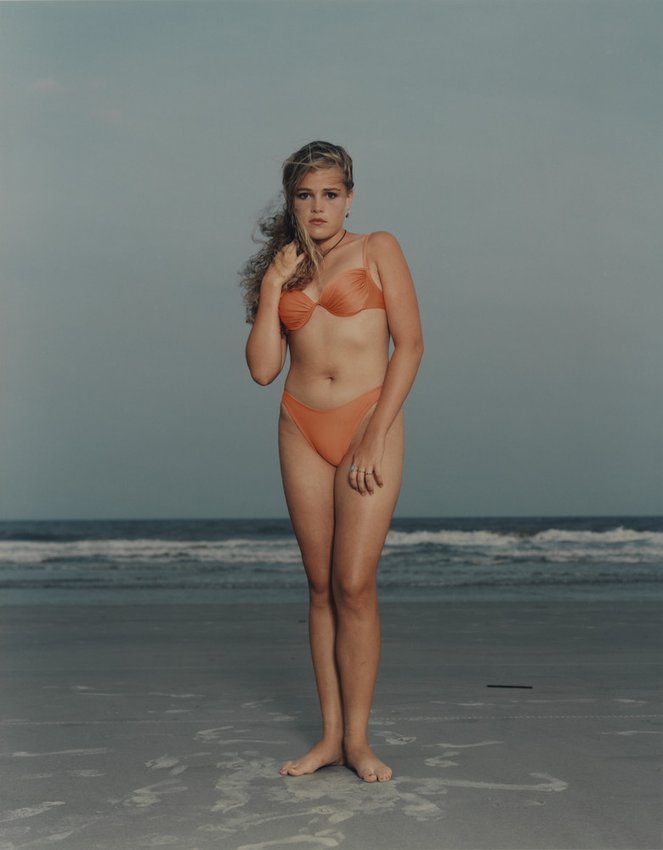 No actual body here, just the imprint of Mendieta’s form. Her work always makes me think of the intangibility of what we leave behind after we’re gone: 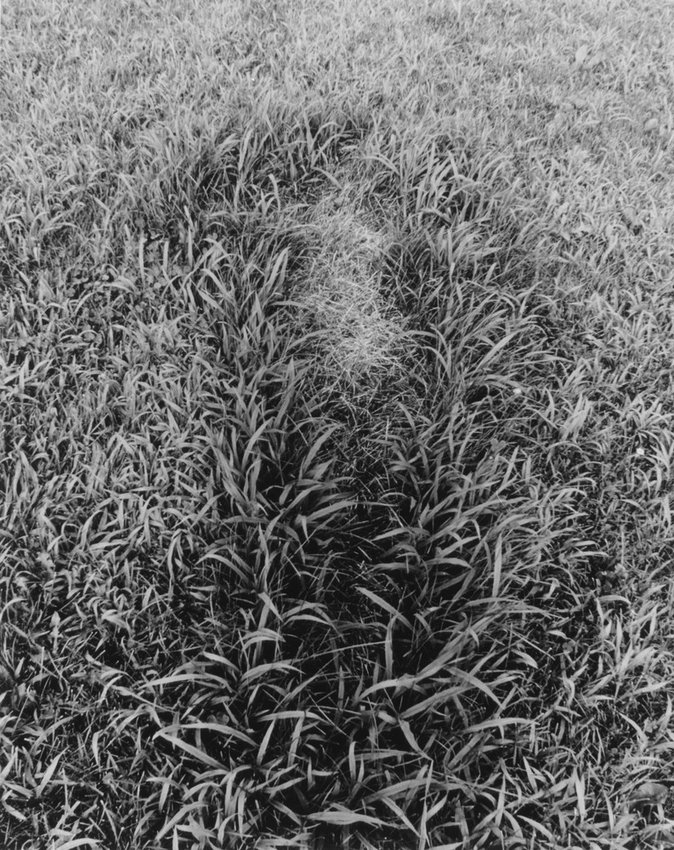 Time marches inexorably forward as Miyajima’s long line of LED-light counter numbers roll over, some fast and some very slow. You know what number will follow another number but not necessarily when, and it is totally my personality to stare at a particularly stubborn counter and will it to move: 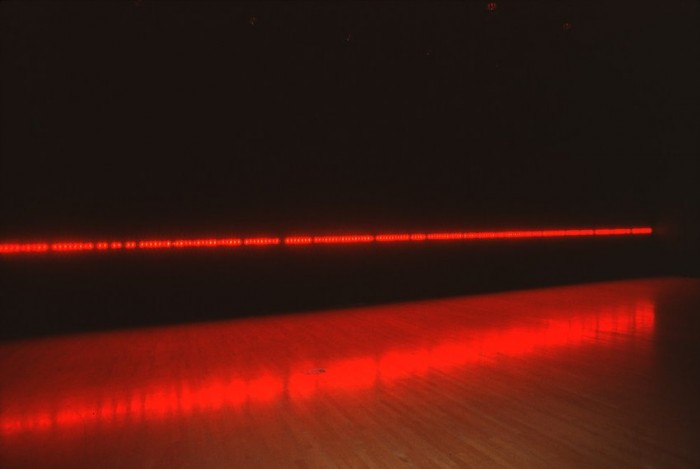 This video consists of a single shot of a cat drinking a bowl of cream, absolutely brilliant in its simplicity. I don’t remember a soundtrack beyond perhaps a gentle lapping of milk; I thought here it would be OK to add a little Trenet. The first time I saw the piece there was a small boy in the room watching with me, and as soon as the cat finished its bowl he threw his hands up in the air and declared happily: “All done!” 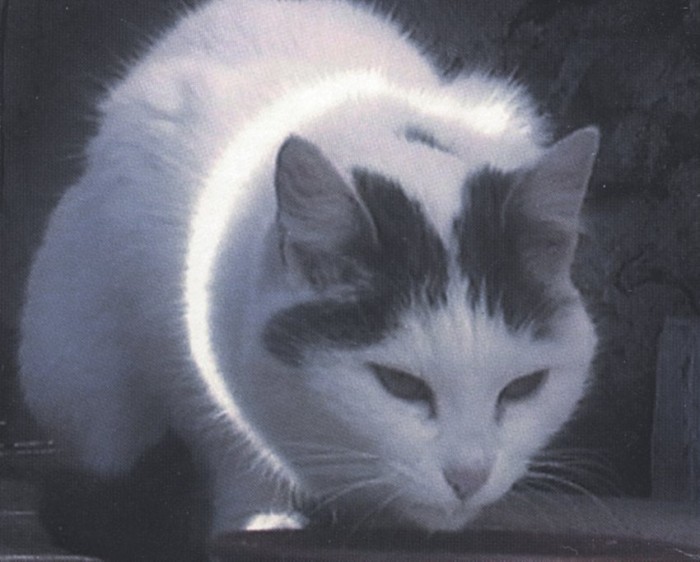 Heidi De Vries works in media production by day and spends all her extracurricular time soaking up art and culture in the Bay Area and cities around the world. She is also a volunteer DJ at KALX Berkeley 90.7fm and is currently on the air Sunday afternoons 3-6pm. You can also find her at her blog, Engineer’s Daughter.